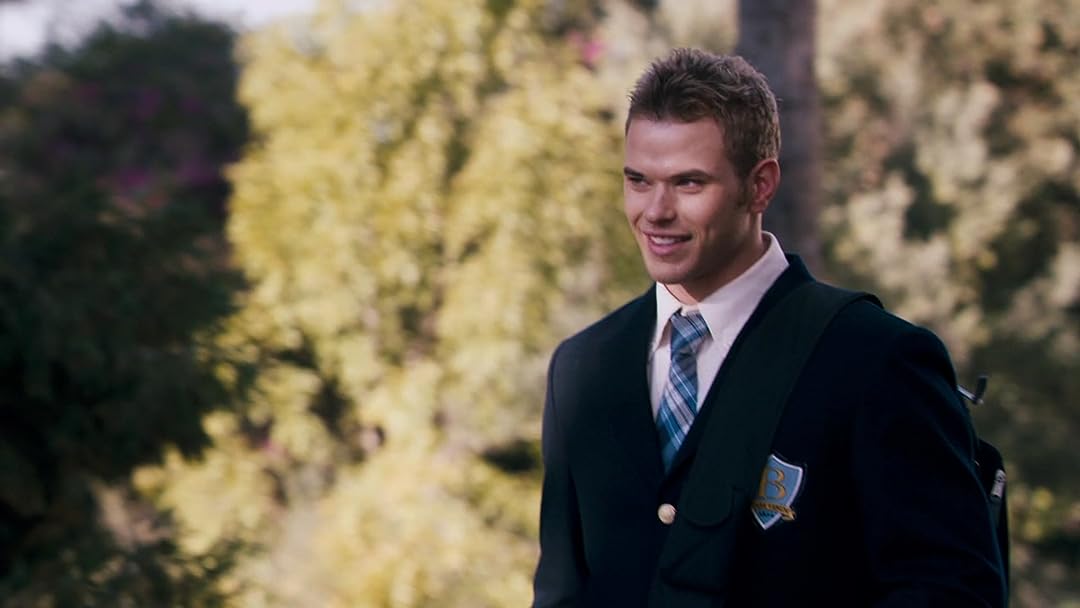 (39)
5.41 h 35 min2011PG
A high school athlete (Kellan Lutz) becomes self-destructive, but through a new love (Ashley Greene) and his passion for lacrosse, he finds the meaning of sportsmanship and life.

arthistorian100Reviewed in the United States on July 18, 2019
5.0 out of 5 stars
Interesting story
Verified purchase
Some specifics of the story ahead.

This was an overall well-done movie about a high school senior dealing with the loss of a parent. Two scenes make this movie PG-13, in my opinion, especially the scene about the loss of the parent.

Connor's father is a military officer who does his best to be supportive. They move for his career and Connor from the west coast to the east coast for lacrosse, as his goal is to get into the US Naval Academy. Father’s US Marine colleague (who is of Iroquois ancestry, which is an important aspect of the discussion of lacrosse and the "warrior") helps the angry Connor through his angst and channel his energy for constructive purposes. We see some of the process of how Connor’s disrespectful attitude and behavior melted away and turned himself around with the help of family and friends. There is also an important moment when Duke Wayne (Adam Beach) schools Connor in being respectful of Indigenous culture. Adam Beach was great as the USMC Sgt Major who helped teach Connor some principles of “being a warrior” to get over himself and stop being so self-absorbed.

The acting was generally good, but inconsistent with some stilted scenes which detracted sometimes giving the impression of “just reading a line.” The story was good.

I recommend this movie for addressing adolescent angst, grief, and coming back from some bad decisions. I also liked the community aspect of the Sgt Major guiding Connor to grow up a bit and be considerate of the people around him. The narration at the end about lacrosse’s American Indigenous history was nice, and Connor’s response to the Naval Academy’s recruiter: “With all due respect sir, I need a few minutes with my family.” Nicely tied together some of the underlying threads and message of the story.

J.J. LyonReviewed in the United States on December 20, 2018
5.0 out of 5 stars
A SURPRISING SUCCESS MOVIE
Verified purchase
Real quick, because I'm a workaholic (those who follow me could tell you):
RATING: 5-Star Family movie (adolescent focused)
REASONING: 1 star for originality. 1 star for script. 1 star for behavioral science. 1 star for life principle. 1 star for sport quality.
NEGATIVE POINTS: -1 star for poor acting (probably due to lack of character practice)
**Check me out on Facebook and Instagram by searching "Joshua J. Lyon", "JMIA", or "Child of a King"**
One person found this helpful

Amante dei GattiReviewed in the United States on October 26, 2017
5.0 out of 5 stars
Inspiring & Satisfying Movie
Verified purchase
Inspiring movie about a young man with an inflated ego and cocky attitude who suffers some major setbacks and finally responds to some tough love and finds his inner warrior. Kept me engaged to the end (not too many movies do).
One person found this helpful

ladybugReviewed in the United States on November 23, 2019
4.0 out of 5 stars
Twi-Love
Verified purchase
Enjoyable -- nice to see two characters from twilight that I love --

Michelle SearsReviewed in the United States on December 3, 2019
5.0 out of 5 stars
Great movie
Verified purchase
This was a great movie with an honoring storyline.

ddbReviewed in the United States on August 22, 2018
5.0 out of 5 stars
Excellent
Verified purchase
Excellent

ReneeReviewed in the United States on January 14, 2020
5.0 out of 5 stars
Good One.
Verified purchase
I learned many things from this one.
See all reviews
Back to top
Get to Know Us
Make Money with Us
Amazon Payment Products
Let Us Help You
EnglishChoose a language for shopping. United StatesChoose a country/region for shopping.
© 1996-2021, Amazon.com, Inc. or its affiliates