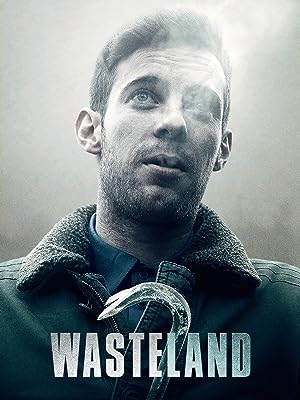 (29)6.51 h 49 min201318+
Harvey Miller, a young Englishman recently released from prison, reunites with his three best friends to rob and enact revenge on a local drug kingpin - all while trying to win back his ex-girlfriend.

Lisa D.Reviewed in the United States on February 17, 2019
4.0 out of 5 stars
Quirky British Caper
Verified purchase
Ok, a few things. Amazon and Shudder, you have the wrong IMDB attached to this movie on the video app. It’s for some Italian film called Reality so this really needs to be fixed ASAP. Second, this film could use a subtitle track because the accents are very thick and I missed a lot of the conversation. Other than that, this is a nice little British caper with some well known actors from there. Definitely worth a watch!
One person found this helpful
Report abuse

Todd M.Reviewed in the United States on March 23, 2019
4.0 out of 5 stars
It’s an excellent revenge movie with a clever ending… but not unique.
Verified purchase
There’s more than a strong resemblance to the Usual Suspects in this one and it’s hard to understand what’s being said but, overall, a very clever movie that held our interest throughout.
One person found this helpful
Report abuse

AshtonReviewed in the United States on August 4, 2013
2.0 out of 5 stars
Revenge Heist Caper with So Much Potential--But Has Zero Tension and Excitement
Verified purchase
It was a Saturday night and I was bored therefore trolling through random trailers on Amazon when I came across "Wasteland." Immediately a couple of words stood out: "Usual Suspects", "Oceans 11", "heist movies", "revenge movies" etc.. The cast looked attractive and looked capable of acting. The production looked fine. I love all of these things. How on earth could this go wrong???

Easily apparently. Much like the "Usual Suspects" this movie is being narrated by the lead in a jail interrogation room. And then it flashes back to what he is describing to the police officer. Now in these flash backs, it shows the the lead getting his three friends on board and then the planning and execution of a heist. And yet, you felt like nothing happened.

I'm not sure why--the acting was fine. But it just seemed too shallow given the emphasis on the characters as opposed to plot. It was supposed to be emotional though and had lots of "let's talk about our feelings" scenes but somehow never gave these moments passion. "The Town" managed to show the strength and high stakes of interpersonal dynamics between a heist crew much more effectively than this movie. Even if the director hadn't wanted to go there-he could have gone the "Inside Man" route which doesn't focus on the characters as much but on the action. "Wasteland" spent just a short montage on the getting ready for the heist though, and just a few minutes on the actual heist. And in the "Inside Man" the interrogation scenes only serve to continually ratchet up the tension--where here they serve more as a children's bedtime story hour.

This is basically a movie where nothing happens. Not between the characters and in a plot sense either. And honestly, I had actually figured out the real ending within about 20 minutes into the movie. And then towards the end, when it shows the "big reveal" it spent another 15 minutes hitting you over the head with it despite it being very clear as to how they did it. It has the subtlety and nuances of a three year old child. Which just leaves you with an incredibly flat frustrating very long story. Not that I need explicit sex scenes or graphic violence in all my movies-but I have to think they could have helped punch up the emotional content a bit. Despite being rated R for a beat down and some language--it has almost PG like sensibilities.

In short, movies like this only work if you're on the edge of your seat the whole time--and I decidedly was not.

So much potential. Such a big miss.

V. CleniukReviewed in the United States on August 19, 2013
5.0 out of 5 stars
Fun, fast paced movie with some small quirks...
Verified purchase
I like the "can't catch a break" underdog hero. Watch this movie from that point of view, from the main character's point, and this movie is very fun to watch. The characters are like-able and easy to root for. A few surprise twists make this movie memorable. It would have been nice to have more background story on the main antagonist. One of the team of heroes has a run-in with the bad guy, but it's not enough to tell the viewer why the antagonist is so hated.
There are a few details in the surprise twist ending that are out of sequence. The director chose to tell the story this way to emphasize romantic subplot. So I'll give the movie a break for that. Another issue: one of the team of heroes leaves the team near the beginning. Turns out, the entire heist plot needs this character. The plot around this issue is a little weak and could have been handled better.
All-in-all, a very fun, fast paced memorable movie.
One person found this helpful
Report abuse

C. Wellington-mooreReviewed in the United States on January 1, 2014
5.0 out of 5 stars
The lovely old bait and switch movie...
Verified purchase
This is a movie type found all too rarely in Hollywood: realistic, character acting, with unpredictable plot twists. No overwrought angst, no over-the-top, unrealistic heroics and special effects. Yet it was extraordinarily entertaining, and the dialogue was wonderful. I highly recommend this movie. You will be entertained!
One person found this helpful
Report abuse

michael sellerReviewed in the United States on August 10, 2013
3.0 out of 5 stars
Ok
Verified purchase
Was going pretty good until it became a British Usual Suspects. If you can suspend that understanding and some wholly unbelievable plot twists then it is pretty good. If not, then skip it.
Report abuse

M.&#8212;Reviewed in the United States on August 14, 2013
4.0 out of 5 stars
An interesting mash-up of Usual Suspects and Out of Sight, to name a few.
Verified purchase
If you go for a more cerebral type of 'man done wrong' overcoming the odds, buddy picture then this is for you. There isn' t a lot of action and gunplay or explosions. This is way more real world. One caveat is that it really needs captioning turned on. The strong english accents along with the unfamiliar slang makes the listening tough. But the movie is a clever and pleasant diversion. I give it a thumbs up.
One person found this helpful
Report abuse

adam abdulhafidReviewed in the United States on September 5, 2014
4.0 out of 5 stars
Four Stars
Verified purchase
Entertaining with a neat twist.
Report abuse
See all reviews
Back to top
Get to Know Us
Make Money with Us
Amazon Payment Products
Let Us Help You
EnglishChoose a language for shopping. United StatesChoose a country/region for shopping.
© 1996-2021, Amazon.com, Inc. or its affiliates