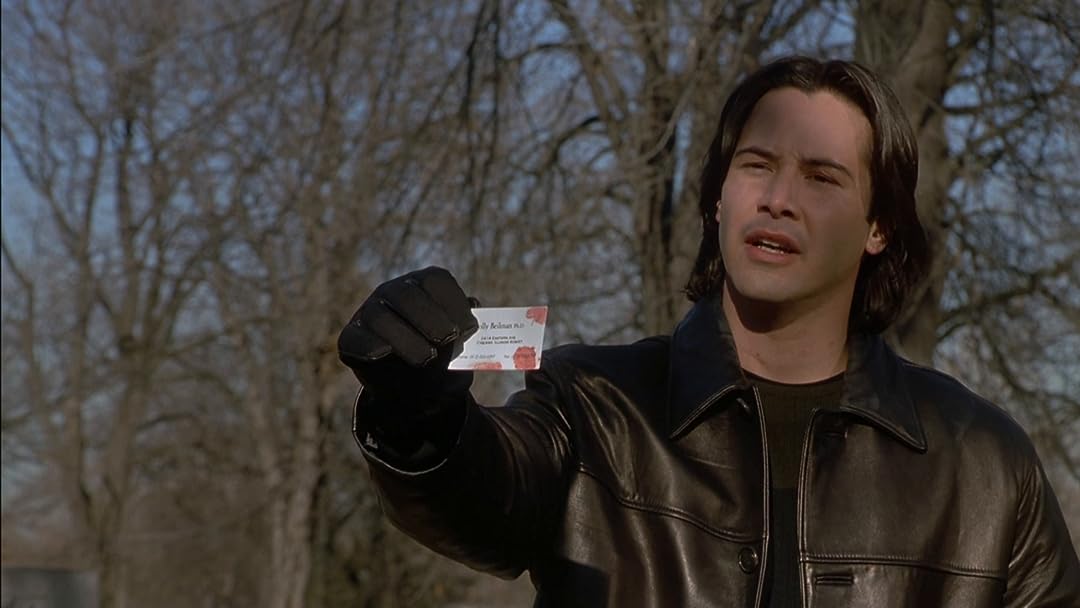 (804)5.31 h 37 min2000X-RayR
HD. Worn-out FBI agent James Spader is tormented by a serial killer with a twisted agenda in this gripping thriller.

James C SmithReviewed in the United States on February 21, 2019
3.0 out of 5 stars
Mixed Emotions
Verified purchase
It took me a while to figure out that this movie, despite its FEB 2019 release date on disc, is close to 19 years old, which explains Spader’s wonderfully youthful look, cell phones with antennas, and 27” tube TV’s.
The movie’s overall production was quite cheesy, which I blame mostly on the director. It had the feel of a mid-90’s made-for-cable movie. The lead detective that Spader interfaced with, was the greatest source of cheese from the cast. Spader wasn’t bad, but was spotty in his role. Reeves was pretty good in his role (rating this performance relative to his other performances, since he’s not the best actor, but for some reason I enjoy him as a lead actor). Tomei is her usual ultra-cute and likable self.

As for the storyline, by the end of it I was actually rooting for Reeves (the bad guy) to off Spader (the tiring good guy). Did that happen? You’ll have to watch for yourself to find out.

Kindle CustomerReviewed in the United States on February 8, 2020
5.0 out of 5 stars
Engaging and exciting thriller
Verified purchase
Two of my favorite actors are James Spader and Keanu Reeves. They are great together in this movie. I love that you know who the killer is at the very beginning and you watch the movie from both vantages. The thrilling part is the cat and mouse they play and wondering who is going to win.
One person found this helpful

Joseph FerraraReviewed in the United States on March 9, 2019
5.0 out of 5 stars
Watcher
Verified purchase
Disgrubing cat and mouse thiller with keanu reeves as serial spree killer taunting police and media and he does good job ! Great supporting cast as well.
2 people found this helpful

Jason SturgesReviewed in the United States on March 14, 2016
5.0 out of 5 stars
The man is good looking and a brilliant gifted actor
Verified purchase
I'm a huge fan of Keanu Reeves. He plays a serial killer in this film. Which just shows his acting talents. The man is good looking and a brilliant gifted actor. Loved him in Speed & Point Break also. I read somewhere that at first he didn't want to do this film, That he was some how tricked into signing the contract for the movie. But went ahead and did the film to keep from being sued. I don't know if that's true or not. But I'm glad he did this film. I Love Keanu Reeves. He's one of Hollywood's best.
3 people found this helpful

fefelaureReviewed in the United States on March 15, 2019
4.0 out of 5 stars
Great movie
Verified purchase
I remember watching this back in early 2000s and loved the fact that Keanu Reeves played the villain (SPOILER ALERT). Usually James Spader would play the bad guy. I really enjoyed this film. Does it have it's flaws? Yes but it's still good enough to recommend.
2 people found this helpful

KathleenReviewed in the United States on March 30, 2010
3.0 out of 5 stars
The Watcher is worth Watching
Verified purchase
James Spader plays a FBI agent on medical leave who has recently moved to Chicago after his mistress is killed in California by a psychopathic serial killer portrayed by Keanu Reeves; unfortunately for Campbell, the psychopath has developed some type of bizarre attachment and imaged relationship with him and follows him to Chicago in order continue his torment and killing spree; Keanu's character terrorizes Spader with photos of women that he has targeted and plans on killing while Spader and the other FBI agents try to find the women before Reeves kills them off; the action and chase scenes are suspenseful and the storyline is interesting and well acted by both Spader and Reeves; Keanu does have some creepy funny lines and moments in this film, he is not terrible in this film and the movie is worth seeing.
3 people found this helpful

Chel's Reel Life Reviewed in the United States on June 25, 2021
2.0 out of 5 stars
I was so disappointed..
Verified purchase
Because two of my favorite actors are in this, I assumed it was going to be absolute fire. It turned out that the script writer should be totally fired. Lol! It just did not gel. And although he would later become John wick, Keanu just did not cut it for me as a believable serial killer.

Stacy L.Reviewed in the United States on November 27, 2019
4.0 out of 5 stars
A descent film
Verified purchase
If you like James Spader (which I do), you’ll like this movie. It wasn’t the best scripted film I’ve seen, but I enjoyed it. It was kind of difficult to watch Keanu Reeves as a really bad guy when I love him in John Wick and other films. I’m glad I found it.
See all reviews
Back to top
Get to Know Us
Make Money with Us
Amazon Payment Products
Let Us Help You
EnglishChoose a language for shopping. United StatesChoose a country/region for shopping.
© 1996-2021, Amazon.com, Inc. or its affiliates