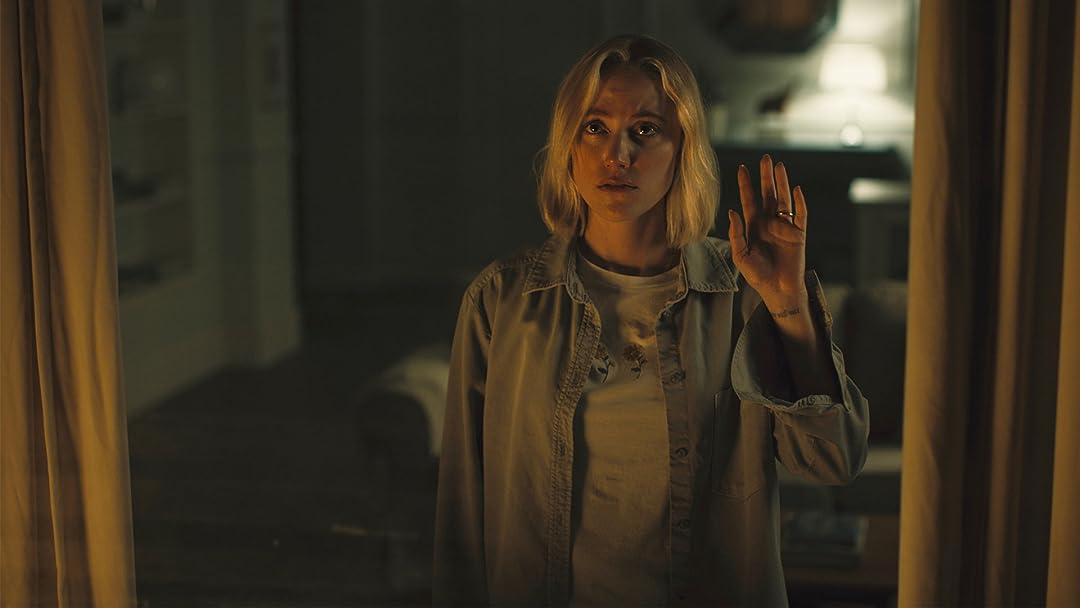 (1,082)
6.31 h 36 min2022X-RayR
As a serial killer stalks the city, Julia – a young actress who just moved to town with her boyfriend – notices a mysterious stranger watching her from across the street in this terrifying thriller.

Kirsten Reviewed in the United States on June 22, 2022
5.0 out of 5 stars
A true gem
Verified purchase
My husband and I were both captivated by this creepy little gem, unable to look away. Brilliant direction and acting by everyone involved, namely the lead actress (such emotion she can convey, just as she did in earlier films such as It Follows, Greta, Tribes of Palos Verdes) and also the Watcher. The ending was so brilliantly done as well, it has stayed in my thoughts even the next day. I wish Hollywood would make more pictures like this, reminiscent of Hitchcock and Polanski but with its own unique qualities.
12 people found this helpful

RFReviewed in the United States on June 21, 2022
2.0 out of 5 stars
I really wanted to like it, but ...
Verified purchase
I was bummed that I missed seeing this in the theater, so I was excited to see that it was available on Amazon. I was expecting a solid Hitchcock type thriller, but what I got was a kind of boring story that I struggled to keep watching. I thought, "Well, maybe the ending will really make it worthwhile." It didn't.

The acting was solid, but overall it just wasn't that good to me. At least it only cost me $5.99 as opposed to the cost of driving to the theater and paying theater price for a viewing.

Alec B.Reviewed in the United States on June 25, 2022
5.0 out of 5 stars
The ending
Verified purchase
An original thriller. And it helped me to understand the regular feelings of being unsafe that women have to deal with on a regular basis. The story is subtlety told but it shows the quiet anxiety of being a woman alone. There’s a moment that everything comes together and Bam. I found myself rewinding from the end to watch what happened again and to see that face. Who is the watcher? Oooohhhhhh :)
7 people found this helpful

RoyReviewed in the United States on June 25, 2022
5.0 out of 5 stars
Old school thriller with phenomenal acting and a twist at the end.
Verified purchase
If you’re looking for a quick paced, action packed horror/thriller - this is not for you.

Currently holds 86% on Rotten Tomatoes. This is an absolute CLASSIC. It is slow burning, but not slow enough to lose the viewer. Beautiful visuals. The movie itself took 6 years to make and was shot last year on site in Romania.

The acting of Maika Monroe is by far the best of the best. You might remember her from
“It Follows.” (2014) I felt every single emotion she gave.

Gripping and takes you on a ride. A ride to an ending that had me shouting and going through so many emotions.

If you’re born after 2000 this probably isn’t the movie for you. As today’s society needs constant gore, cheap and typical film tricks to get the viewer to jump 25x and a lot of sex, drugs and alcohol. This movie is for a true horror/suspense soul.

Phenomenal job to the cast and crew!

ArielleReviewed in the United States on June 27, 2022
4.0 out of 5 stars
serial stalker
Verified purchase
Suspenseful movie about a woman and her husband who move from the U.S. to Bucharest. The women keeps seeing a man watching her from the apartment building across the street. She soon suspects he is stalking her. There is a serial killer in the neighborhood. It is a cat and mouse suspense psychological thriller. Is it her imagination or is she in danger?
4 people found this helpful

J. PayneReviewed in the United States on July 18, 2022
5.0 out of 5 stars
Paranoia or reality?
Verified purchase
This movie was a nice surprise when we watched it last night. Very entertaining. A young American woman, Julia, moved to Romania with her husband who relocated for his job. She is alone all day while he works, and she begins to suspect that she is being watched by someone in an apartment building across the street. Her suspicions are strengthened as she repeatedly sees the same man when she is out and about. To make matters worse, the news reports that there is a suspected serial killers in the city, all of which makes Julia’s fear even stronger. The feeling of dread steadily builds, but we aren’t sure whether she really has something to fear or if her paranoia is just being fed by her loneliness. Very well made movie with great acting by the entire cast. Definitely recommended.
One person found this helpful

JGReviewed in the United States on June 24, 2022
5.0 out of 5 stars
Excellent
Verified purchase
This isn't a slasher film or adrenaline paced. It isn't even dialog-heavy. In a way, the audience is the voyeur. In another way, we are being watched along with the main character. There's no spectacle here, but the movie is tense and satisfying. Among Ms. Monroe's best.
2 people found this helpful

BeansyReviewed in the United States on June 22, 2022
2.0 out of 5 stars
Do Not Pay For This Movie
Verified purchase
It is a D+ movie at best. It will be on Prime or Netflix in no time. Just wait.
3 people found this helpful
See all reviews
Back to top
Get to Know Us
Make Money with Us
Amazon Payment Products
Let Us Help You
EnglishChoose a language for shopping. United StatesChoose a country/region for shopping.
© 1996-2022, Amazon.com, Inc. or its affiliates