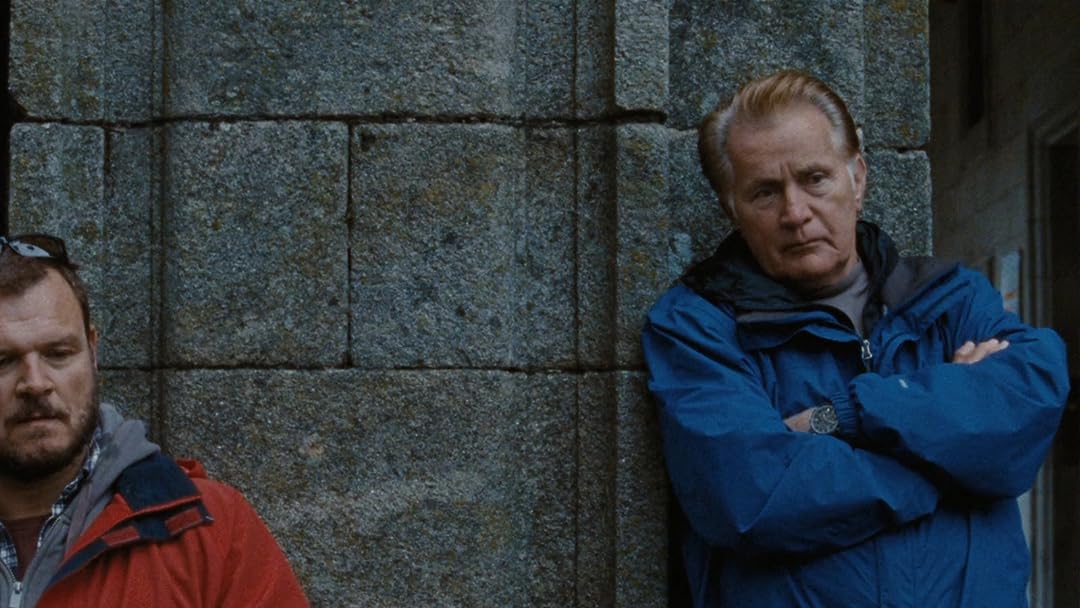 (10,730)
7.32h2011X-RayPG-13
A father heads overseas to recover the body of his estranged son who died while traveling the "El camino de Santiago" from France to Spain.

Gene OsegovicReviewed in the United States on March 14, 2017
5.0 out of 5 stars
A father uses a pilgrimage walk to give meaning and closure to his son's death
Verified purchase
A former coworker rattled off to me a list of movies he found to be enjoyable, that I might also enjoy. "The Way" was one of the movies in his list.

As an apostate Catholic and unabashed atheist, I wondered whether I would get anything out a movie, where the primary protagonist, Tom Avery, decides to honor his deceased son Daniel, by walking the El Camino de Santiago, a thousand-year old religious pilgrimage route. Nevertheless, I put aside my reservations and watched the film.

"The Way" quickly drew me into its story. I shared Tom's grief upon learning Daniel had died in a storm, just one day after starting to walk the El Camino, and then felt Tom's resolute determination to complete the five-hundred-mile walk on behalf of Daniel. As the story unfolded, I realized Tom's pilgrimage was a symbolic effort to give meaning and closure to his son's death.

"The Way" gave me a roller coaster of emotions: laughter, sorrow, tears, frustration, and finally happiness and joy. I felt for Tom and the other characters in the film, and cared about what happened to them. What more could one ask of a movie?

Amazon CustomerReviewed in the United States on July 9, 2017
5.0 out of 5 stars
It is not a documentary - Enjoy the MOVIE
Verified purchase
First - be sure to recognize that this is a movie for the sake of entertainment and not a documentary on the Camino. Understanding that makes this a wonderful film. Does it show everything along the Camino Frances? No. Does it gloss over the difficulties of a month+ trek across a country carrying everything you need and want on your back? Of course it does. Does it sequence some of the location out of order? It absolutely does. If that is going to totally distract you from the actual point of the film, then I suppose you should look elsewhere fore your entertainment. But if not look at what The Way brings to you.

Does it tell a heart warming story of struggle and redemption? Yes. Does it allow the exploration of how family dynamics work when the family dynamic is dysfunctional until tragedy strikes? Yes. Does it develop each of the characters from what they admit their concerns are to what their souls really need? Yes it does. Is it set in along a gorgeous route in Northern Spain that will inspire you to pack your bags and see for yourself (whether walking as a pilgrim or touring as a tourist)? Most definitely.

So get the film, pop some popcorn, and sit back and enjoy the show.
57 people found this helpful

David ElliottReviewed in the United States on July 3, 2017
5.0 out of 5 stars
Spiritual Journey Behind the Movie
Verified purchase
I only became aware of the movie by stumbling on an interview of Martin Sheen on the public radio show "On Being" which covers spiritual topics. I loved the interview, with Martin Sheen offering much on an authentic Christianity of the disadvantaged, as well as how his actual walking of about half the 800km pilgrimage route moved him - no glib Hollywood fakery there.
With this preparation, I couldn't help watch the movie less as fiction than as personal reflection by Sheen and his son, Emilio Estevez, who directed. Years ago Martin Sheen did in fact experience a crisis which culminated in his getting sober and reembracing the religion of his youth, which process this pilgrimage continued. And yes the portrayal of that journey presented here was spectacular.
36 people found this helpful

Jack E. LevicReviewed in the United States on April 8, 2019
5.0 out of 5 stars
INSPIRING AND POIGNANT JOURNEY BY A FATHER DEALING WITH THE LOSS OF HIS SON
Verified purchase
First of all, it should be said that Martin Sheen is one of America's best actors. He is often overlooked for praise but one can always be sure Sheen gives his best in any role he plays.
In THE WAY, Tom (Sheen) is a dentist dealing with grief. First the loss of his wife and then the unexpected loss of his only son Daniel (Emilio Estevez). Daniel was killed tragically as he begun the famous journey on the road to Santiago in northern Spain. This famous road has led thousands of the faithful on a religious journey to the cathedral of Santiago de Compostela in Spain, the burial place of St. James.
As an homage to Daniel and their troubled relationship, Tom decides to complete the journey that Daniel began.
No longer a practicing Catholic, Tom's reason's are symbolic not religious. He connects with people on the way but finally he and three fellow travelers complete the journey. None are doing the walk for religious reasons but all are moved by the end.
Martin Sheen's son Emilio Estevez directed, wrote the screenplay and costars in the film. It was clearly a labor of love on his part. THE WAY has a very slow beginning and it seems hard to imagine simply following Tom on the journey. One cannot miss the breathtaking scenery and the small towns on the way. Finally, as Tom connects with his travel companions from Holland, Ireland and Canada, we see how lives are changed on this journey.
Slow at first but an amazing delight by the end.
12 people found this helpful

SketchbookReviewed in the United States on November 7, 2018
1.0 out of 5 stars
The Camino is ‘way’ better than The Way
Verified purchase
Having just finished the Camino, I take issue with this movie. If this movie was a person, I’d challenge it to a duel. Given all the depth of experience available just for the walking on the Camino, how can this movie be so hollow? Given how beautiful the Camino is, how was the cinematographer not sentenced to hard labor for creating such a visually boring movie?

How can a movie about the Camino have so few characters (for the record there are zero characters in this movie because there is no real character development and to say the acting was wooden is an insult to the living essence of wood)?

And yet, I met lots of people on the Camino who said this film factored in their decision to walk the Camino, so *yikes* I guess it works for some folks.

But, if it gets you closer to walking the Camino, then I guess it’s worth it.
11 people found this helpful

Big D of VAReviewed in the United States on March 14, 2018
5.0 out of 5 stars
funny, secular view of a few misfits (who are ...
Verified purchase
funny, secular view of a few misfits (who are indicative of normal regular people in the world) who walk the El Camino in Spain. Interesting story line and cool that Emilio Estevez, who directed the movie, appears in it with his dad, Martin Sheen, as the main character's actual son. Great character development which causes one to be faced with moral and relational issues, that is rare for movies today. Entertaining, and informative. Beautiful scenery, which is faithful to what is actually found by those walking the El Camino (The Way). Recommended.
13 people found this helpful

J. GloveReviewed in the United States on October 14, 2020
5.0 out of 5 stars
This one surprised me. Go with the flow, and be rewarded.
Verified purchase
Not a hidden masterpiece, but heartfelt and earnest. The characters are interesting, real, and flawed. To the extent that's not so true of one of the characters, it serves the plot well. To avoid spoilers I'll have to be a little indirect. The film does not rely on the old easy methods every director knows to get cheap audience involvement. The characters don't change overnight, or really, much at all (because really, who does? Real change tends to be a little less predictable than it's presented in most movies, neh?) The pace is measured, like a real hiking experience in some ways. I've watched it three times already, and I rarely watch a movie twice.
2 people found this helpful

clarisebReviewed in the United States on September 18, 2019
5.0 out of 5 stars
love this movie
Verified purchase
enjoyed this movie, We have watched it a couple of times over the years. I personally like Martin Sheen, and thought his "father character' was well played. He plays a very old fashioned father who doesn't understand his son. As he travels to !. retrieve his son's body in France, 2. walk "The Way" in honor of his fallen son, he discovered that he has many biases and slowly comes around to appreciating others who are different. He retains his own values, but has more love and appreciation for those around him.
4 people found this helpful
See all reviews
Back to top
Get to Know Us
Make Money with Us
Amazon Payment Products
Let Us Help You
EnglishChoose a language for shopping. United StatesChoose a country/region for shopping.
© 1996-2022, Amazon.com, Inc. or its affiliates