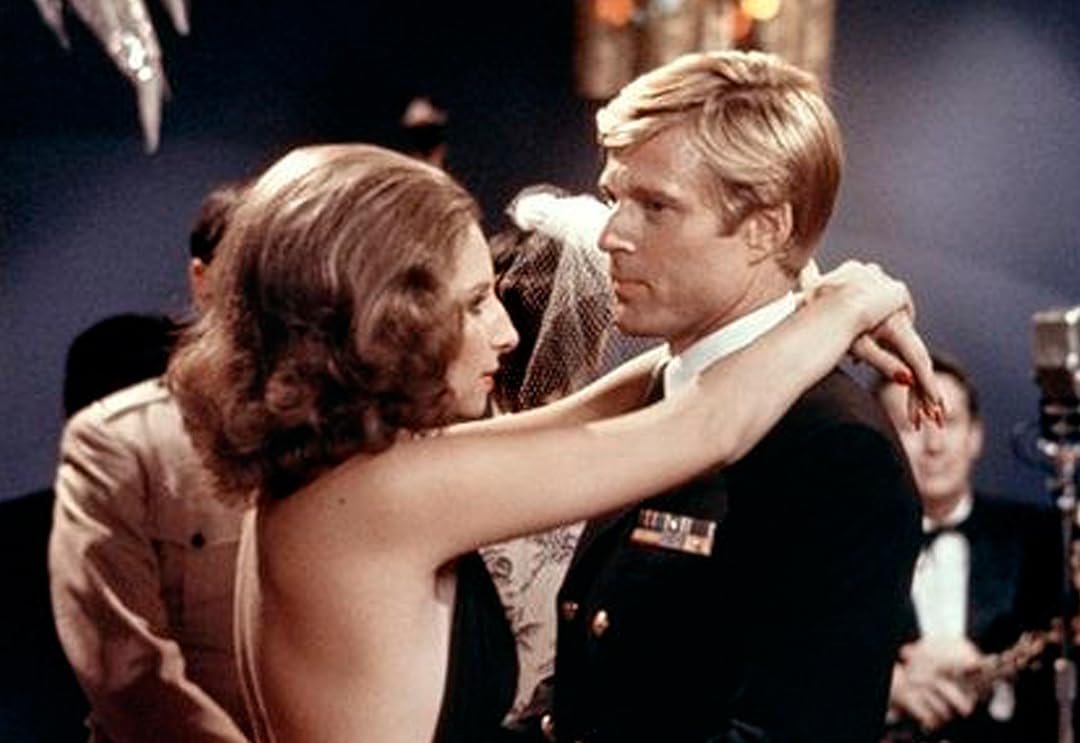 The Way We Were

(4,362)
7.11 h 58 min2021X-RayPG
In pre-WWII America, a politically active woman and an aspiring screenwriter rekindle their college relationship years later and move to Hollywood. On opposite ends of the political spectrum, the woman’s activism threatens her husband’s reputation.

Robert HayesReviewed in the United States on February 21, 2016
5.0 out of 5 stars
Nostalgia with a dose of realism
Verified purchase
In my experience of watching movies, THE WAY WE WERE is a rare bird: a romantic drama that isn't corny, has complex characters, and weaves in sociopolitical commentary without being overbearing about it. Given the title (and absolutely beautiful title song), nostalgia is one of the film's major themes. Yet nostalgia isn't approached from a purely idealistic standpoint either, as a third-act line from Hubbell (Robert Redford) indicates ("Katie, it was never uncomplicated"). The film, to a degree, is about how politics can be divisive, particularly in personal relationships, but also in one's professional life, as part of the story takes place against the backdrop of McCarthyism and the Blacklist in Hollywood. I found the whole thing to be extremely well-written and balanced, with Barbra Streisand and Robert Redford's characters each making valid points about devotion to causes, perception vs reality, and relationships. I haven't seen a lot of movies with either person, but both of them were in very good form here. And, the film had a very strong three-act structure that brought out the central relationship's development that much more. On technical matters, I thought period detail was attended to very well, with each segment/act being distinct in terms of light, color, etc. Then, there's the title song. Barbra Streisand has a beautiful voice that fit Marvin Hamlisch's music to a tee; and, the music itself did an excellent job of evoking a sense of nostalgia throughout the entire running time, appearing in various forms and instrumentation over the course of the film. It is without hesitation or reservation that I put this among one of my favorite films of all time. Everything about it just works, from the story, the acting, the music, etc. It's the kind of movie that will have you longing for the "good old days," even if you never grew up during that time period.
53 people found this helpful

Tony R.Reviewed in the United States on February 21, 2018
4.0 out of 5 stars
A Great Romantic Movie
Verified purchase
I saw this movie many years ago when it first came out. I was dating a wonderful woman at the time but we had come to crossroads in our relationship just as the characters in this movie do and I thought seeing this movie might salvage us. It didn't, but ever since this movie has always held a special place for me, and whenever that song plays anywhere and at any time, I get a bit misty-eyed. The title 'The Way We Were' perfectly suits this movie, capturing the arc of a relationship between Katie Morosky (Barbra Streisand) and Hubbell Gardiner (Robert Redford), from their college days in the 40s through the 60s. Streisand has never been better, showing a real range as a firebrand radical who loves the All American Boy in Redford. Played against the turmoil in Hollywood from the blacklisting of writers, actors, and directors during the 50s, that plot never overwhelms what is truly a touching love story. The DVD provides several special features including interviews with the director Sydney Pollack, Streisand and also the composers of the song Alan and Marilyn Bergman. The video portion of the DVD is adequate but not as sharp as it could be while the audio is clear. As a good romantic movie this one belongs in your collection.
19 people found this helpful

I. DubraReviewed in the United States on March 22, 2019
5.0 out of 5 stars
The Way We Were
Verified purchase
THIS is the one that I wanted. In this version, the characters that Robert Redford and Barbra Streisand played broke up because of her involvement with protesting----suspected of being sympathetic with communism. I had ordered this movie earlier and in that one they broke up because of his infidelity. I was looking for the original and you provided!

Thank you very much!

A ManReviewed in the United States on June 5, 2019
2.0 out of 5 stars
Painful to watch, gets better
Verified purchase
Couldn't watch more than 25 minutes of it. Kept waiting for something, anything, to keep me watching. But eventually realized it was just iconoclastic posturing by two stars and their opinionated script writers. On the bright side, I did realize people could age pretty gracefully if they stayed in shape.

Update: if one can make it to the 35 minute mark, the movie becomes emotionally interesting with plenty of psychological conflict to keep one glued. There really needs to be a two and a half stars button. Con: no foreign voice-overs in any language.

Chrystal FairyReviewed in the United States on September 11, 2021
4.0 out of 5 stars
Most interesting
Verified purchase
I had never seen this movie before, but I have always heard about it in movie watching circles. It's a hard movie to fathom. The two lead characters are so ill suited to each other. It seems such a mistake that they got together in the first place --- especially considering that he was drunk and tired, and didn't even remember making love to her! But she persevered, and they became a couple. Robert Redford is so pretty, and Barbara Streisand always looks slightly cross eyed. The are not even physically matched. She is barely pretty, even in a "quirky" way. They just seemed like another ill matched college couple that took things way to far. At best, the scenery is great --- the last scene perfectly depicts a cold, clear winter day in New York. The movie is worth a watch for that last scene in front of the Plaza --- not to witness the two characters running each other one last time, but for the perfect way the city is captured in that moment.
Watch it when you have the time.

ANNReviewed in the United States on January 30, 2016
5.0 out of 5 stars
Beautiful move that has it all!
Verified purchase
If you have never seen this movie, you must. I'm speaking those under 30 who have never seen a true "movie star" unless your parents forced you to watch old movies. If you love nostalgia, love a romance, are slightly interested in politics or social history, want to see a leading man who makes Brad Pitt look like a door knob, then this is for you. There are well developed, complicated characters that are acted perfectly. A simply beautiful movie in every way.
21 people found this helpful

Amazon CustomerReviewed in the United States on December 20, 2020
5.0 out of 5 stars
STILL GREAT AFTER ALL THESE YEARS
Verified purchase
My daughter-in-law called one evening to say there was a documentary on TV about this movie and to ask if I had it in my "stash". I didn't, but loved seeing it every time it was on. So I ordered it for her from Amazon to put in her Christmas stocking. It arrived before Thanksgiving. They were due to have Thanksgiving dinner at our house, but her husband had had to have the Corona test taken due to his proximity to someone who had tested positive. So we had to pack up their food and drive it the short way down the street to their house. I packed the movie in with the food as a surprise. She loved it!!!! Now I have to get a copy for myself because it's rarely on TV anymore.

BluntReviewed in the United States on September 28, 2015
5.0 out of 5 stars
Have you ever date out of your league?
Verified purchase
And knew you would get hurt but didn't care? Did you ever felt that passion about something that made you who you are? This movie is about love, and about great people that simply are too different. I watched this movie because Sydney Pollack is the director, the script was perfect. Robert Redford was incredible, the golden boy in the golden world vs. combative, adorable, passionate Katie. I love they scene in the hospital, just that moment that you know that time had ran out. I Loved when she begs him to stay even though she knows it wont last. This movie is amazing and it is not about politics at all. It is about loving the right person at the wrong time, or loving the wrong person but you can't help it. Watch this. You don;t have to be a RR or BS fan to watch this, I am not and loved it,.
13 people found this helpful
See all reviews
Back to top
Get to Know Us
Make Money with Us
Amazon Payment Products
Let Us Help You
EnglishChoose a language for shopping. United StatesChoose a country/region for shopping.
© 1996-2021, Amazon.com, Inc. or its affiliates