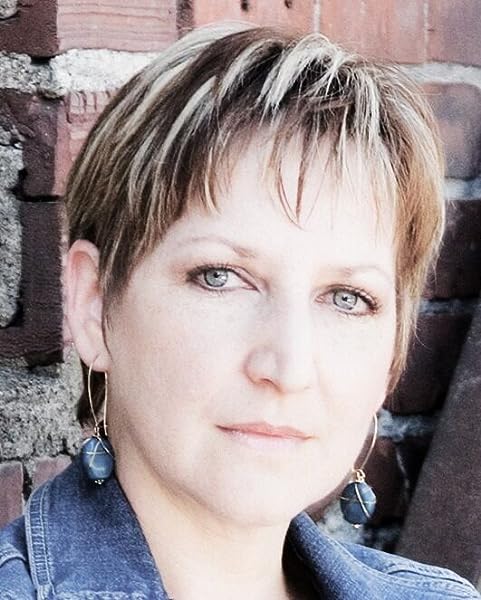 by Devon Monk (Author)
4.6 out of 5 stars 266 ratings
See all formats and editions
Sorry, there was a problem loading this page. Try again.

A deal with a god comes with deadly strings attached ... Lovers Brogan and Lula Gauge have traveled the haunted byways of Route 66 for almost a hundred years. Their deal with the god Cupid has brought Brogan back to life, but the return to the living world hasn't been easy for him. What's more, that deal left them deeply indebted to the god.

Now the god is demanding his due.

To honor their side of the deal, Brogan and Lula must find what Cupid wants found. The god hasn't given them much to go on other than: find the rabbit that is not a rabbit. Do the right thing.

If the right thing involves facing down feuding werewolves, banishing vengeful ghosts, and venturing into the deep, ancient caverns beneath the Missouri hills, then Brogan and Lula might be on the right path.

But lurking deep within those caverns is an evil older than the gods. It is clever. It is waiting. It is hungry.

Devon Monk is a USA TODAY Bestselling fantasy author. Her series include Ordinary Magic, Souls of the Road, West Hell Magic, House Immortal, Allie Beckstrom, Broken Magic, and the Age of Steam steampunk series. If it's a Monk story, it's stuffed with magic, action, heart, and humor. She also writes all sorts of short stories which can be found in various anthologies and in her collection: A Cup of Normal.

She lives happily beneath the rainy skies of Oregon. When not writing, she can be found drinking too much coffee, watching hockey, and knitting silly things.

David S Patch
4.0 out of 5 stars Wayward Moon review
Reviewed in the United States 🇺🇸 on April 7, 2022
Verified Purchase
Very good book. I’m a fan of Devon Monk’s work. I’ve read a lot of it…the Allie Beckstrom novels, the Ordinary series , and now this. It is entertaining, vivid and funny. I enjoyed the slightly more serious tone from the Ordinary books. Great characters , and can’t wait to dive more deeply into who they are. Action, fun,humor and depth.
Read more
Helpful
Report abuse

Cypressdeb
4.0 out of 5 stars Very, very good
Reviewed in the United States 🇺🇸 on January 9, 2022
Verified Purchase
I really enjoyed this book. I liked the story and the new characters that were introduced. I loved that there were some small references to other series from the author. It wasn’t something you had to know but more of an insider “wink”. Brogan’s whiny inner dialog became tiresome but his friendship with Val made up for it. I think Crossroads deserves her own book- imagine the adventures! I’m looking forward to the next road trip for theses two.
Read more
Helpful
Report abuse

Kindle Customer
5.0 out of 5 stars Love this couple
Reviewed in the United States 🇺🇸 on January 7, 2022
Verified Purchase
Love the connections. Even love Bo, the love god. Dying to see what odd, scary vampires made this couple. Have a horrible suspicion about their connection to Bo, tho. That will be sad, if true.

This series has some of the best magical systems I've ever seen. Some the most interesting friendships. And some of the best writing, truth be told. Just lovely all around.
Read more
Helpful
Report abuse

ShMason
5.0 out of 5 stars excellent series
Reviewed in the United States 🇺🇸 on March 23, 2022
Verified Purchase
Really enjoying this series. Can't wait for the next one
Read more
Helpful
Report abuse

Leslie
5.0 out of 5 stars Wonderful book.
Reviewed in the United States 🇺🇸 on November 30, 2021
Verified Purchase
You got to love the Souls of the Road. Such appealing characters! Brogan and Lula are so in love, you just have to root for them through all of their ups and downs. Death hasn't been exactly fair to them, let's hope life treats them better.
Read more
Helpful
Report abuse

Making it Short
5.0 out of 5 stars Love this new series
Reviewed in the United States 🇺🇸 on January 7, 2022
Verified Purchase
This is a great new series from Ms. Monk…The story line is different and very intriguing. two thumbs up can’t wait to see what happens to the Moon???
Read more
Helpful
Report abuse

Kindle Customer
5.0 out of 5 stars Get you kicks on route 66
Reviewed in the United States 🇺🇸 on December 12, 2021
Verified Purchase
2 people forced to travel on route 66 for almost 100 years. Bound together by love and death they travel together in search of a cure or revenge. Now having made a deal with the god Cupid "call me Bo" they are trying to find a rabbit and, "do the right thing." Whatever that is. I really loved both the books in this series and would highly recommend them. Lots of positive characters, no extreme violence or adult content. Just a good mystery romance with a bit of paranormal thrown in.
Nice characters the male main character is the central voice and I enjoyed that he wasnt perfect or all powerful. The female character came across as sassy but kind hearted and the two make a great mystery hunting pair. Anyway give it a go I read Ilona Andrews, etc and if you like their writing youll like this.
Read more
Helpful
Report abuse

Kathleen Marie
5.0 out of 5 stars Super series.
Reviewed in the United States 🇺🇸 on November 18, 2021
Verified Purchase
I don’t know which of the two books I have enjoyed more, but I do hope Ms. Monk will keep them coming.
Read more
Helpful
Report abuse
See all reviews

Mina
5.0 out of 5 stars Great atmosphere and magical realism
Reviewed in Germany 🇩🇪 on March 5, 2022
Verified Purchase
Note: this is book two in a series best read in the intended order. So I recommend to start with „Wayward Souls“.

Review
I already loved Lula and Brogan in the first book, their story, their respective characters and their relationship. And I am glad to tell you that their second quest is just as good.
Again the atmosphere of the lonely small towns on Route 66, the unique and somewhat special people the two meet, it is a palpable part of the plot. A plot that starts right where the prequel left off. The two are now reunited as somewhat alive and definitely corporeal „people“ and indebted to Cupid for that state, which is why they work for him. The job at hand is to „find the rabbit and do the right thing“, not ominous at all… and the order doesn’t come with a manual what this rabbit is or what the right thing to do.
While traveling the road, the two meet a lot of people connected to the supernatural, find unexpected allies and quite horrible foes and I loved them all. The magic is wonderful, flawlessly written into the story. And Brogan’s POV shows his difficulties with being corporeal all of a sudden after a hundred years. Also we see how Lula and Brogan struggle to adjust their relationship to their changed states. They manage, but I appreciate that they behave like real people and have to work it out.
I really like this series and can’t wait to read the next installment.
Read more
Report abuse
See all reviews