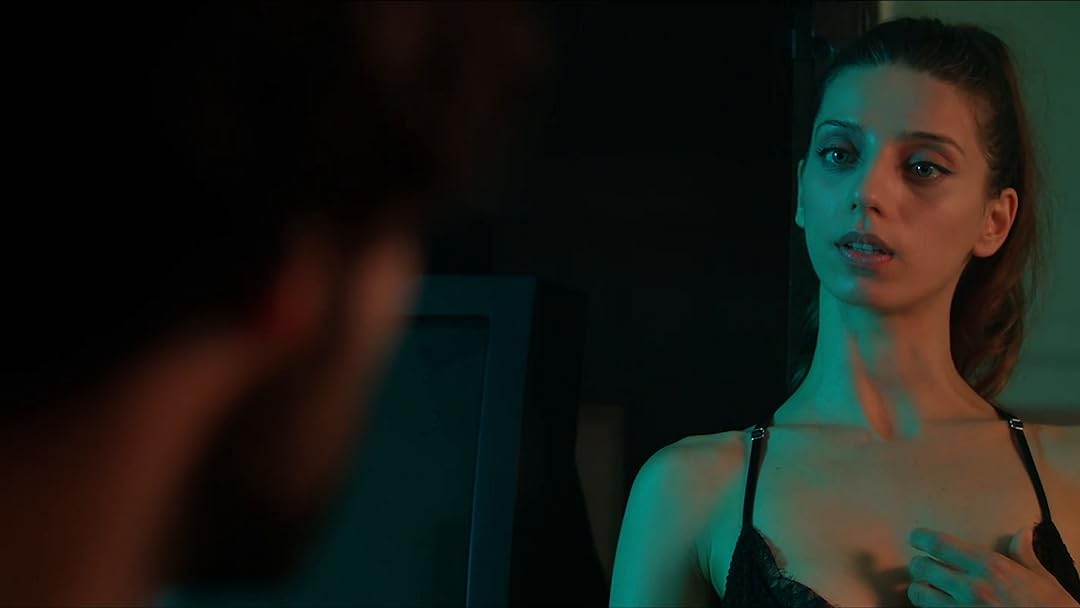 (91)5.71 h 48 min201913+
Lives intertwine and connect when Francesca navigates through the living world by encountering strangers at the exact moment she needs to.

Diana BighamReviewed in the United States on April 24, 2019
5.0 out of 5 stars
Indie Darling Explores Our Life Journey and Human Connections
Verified purchase
I have been a fan of James Bird since I saw his first film From Above. I am always amazed at how he captures the depth of human emotions.

We Are Boats is an incredible fantasy drama that has a diverse and talented cast. Fans of Orange is the New Black will be excited to see Uzo Aduba as Sir, an angel in the after life, who places other angels in assignments to influence or transition people on earth.

The film opens with Angela Sarafyan (HBO’s “Westworld”) playing Francesca, a prostitute, who meets a violent and unexpected death and then enters the after life.

Cinematographer, Stefan Colson, does an excellent job of creating a believable after life with wide expansive shots of rocky terrain bathed in luminescent lens flares.

Francesca interviews with Sir for a job that would place her back on earth. The various assignments lead her to interact with individuals that are facing issues of loss and loneliness. Francesca hopes to navigate these turbulent waters so that she can visit the daughter that she left behind.

Along the journey we meet Ryan, a spunky bartender, played by Adriana Mather. She serves as a bridge to tie our characters together. We first meet her at a funeral where she unwittingly insults the widow.

On the drive back from the funeral, she learns that the deceased had an affair which sets off a heated debate with her fiancé on fidelity.

Mather does an excellent job of wrapping us up in her emotions of abandonment as we discover her story of an absent father which she conveys in her therapeutic interchange with Cliff, played by Graham Greene. As always, Greene delivers an outstanding performance and delights an audience.

Angela Sarafyan captivates us as Francesca. Her character is grounded in reality and the right amount of grit, and Sarafyan captures the essence of the free spirit who makes her own rules and navigates fearlessly toward her goal of seeing her daughter again. We find ourselves cheering her on toward her goal. She is a likable hero in unlikeable circumstances.

As the film progresses, James Bird, crafts these individual stories that flow and interconnect to form one connected and satisfying ending.

After watching any film by Bird, you will find yourself in a reflective and thoughtful state of mind with the encouragement to do better in your own life journey. This is a story worth watching and sharing.

GigiReviewed in the United States on April 14, 2019
5.0 out of 5 stars
Utterly Different; Utterly Beautiful
Verified purchase
This moving, original film begins with a horrifying event that propels Francesca, a young mother who is also a sex worker, into a new existence. Her mission is a mystery at first; then as different character plot lines come together, interweaving meaning along with overlapping elements, it becomes crystal clear--but no spoilers, here! The way Francesca touches the lives of the main characters echoes the way they touch each other's lives, and reminds us of the fact that every day, we have no way of knowing what a difference we've made to the people we've encountered. The cast is superb. Fresh brilliant talent, and stars used in unexpected roles, make this indie a true standout. In particular, shoutouts to the actor who played Rachel and the actor who played the bartender. Their stories lead to a highly emotional, serendipitous climax that feels deeply real. Wow. I highly recommend. (Viewer note: not suitable for children)
9 people found this helpful

StoogeforlifeReviewed in the United States on July 11, 2020
5.0 out of 5 stars
Boats?
Verified purchase
This film was great because I had no idea what was going on but it delivered explanations while moving thru the story. I liked the thread idea too.
Heres what the movie lacks. A proper title.
Most people won't watch this because they think its about boats. Although, after watching it I kinda like the title, weird huh!
Enjoy this, and ignore the one stars. This is a good spot.
7 people found this helpful

EphrimReviewed in the United States on June 20, 2021
1.0 out of 5 stars
Chick Flick with a Bad Title
Verified purchase
Not big on reviewing and rating films, but I do use ratings to help decide what to watch.
This one star review is an attempt to balance the overall average, it doesn't imply any kind of strong opinion. Am just annoyed that I got sucked in by the overall 4 star average.

Change the title to something more like "Incoherencies", "Incomplete Suggestions" or "Micro Theme's ReVisited". Guessing it was the way the film was stitched together. I could've done without the entire middle of the movie and still would've been left with the same number of perplexing wtf's.

About half way through, stopped and read some reviews on the interwebz only to learn "the film features a cast that’s 50% female and 41% people of color cast. The crew is also composed of 45% women". As if that made it a better movie somehow(?). Another wtf.

The unrealistic theme exploring the supposed wonderment of random interactions between complete strangers has been so over-done. It's been done before and done better. Nothing original here.

AnneReviewed in the United States on April 3, 2019
5.0 out of 5 stars
What an amazing film
Verified purchase
There is so much going on in 'We are boats'. Francesca, the main character finds herself in a bad situation. One split second she knew she was in a bad situation, she tried getting out of it, but in the end that choice she made, was the last. Given a second chance to help others, Francesca, guides those who need help in their journey. In order to see the loved one she had left behind, she did whatever it took to see her one last time.
This movie is about the choices we make and the results that come from those choices. Regrets of a father who seeks out his children he didn't raise, siblings who reconnect after many years. Everyone in the movie are connected, whether they know it or not. When Freddie sees Ryan for the first time, it's as though he had seen her before. The circle of life. I recommend this movie! This was also a vegan and cruelty free film.
7 people found this helpful

Jack ShadowReviewed in the United States on September 13, 2020
5.0 out of 5 stars
It will stay in your head for days
Verified purchase
Not an easy film to review. I watched the film only after seeing the number of 5 star reviews and without reading more. Not sure if I would keep watching after the first ten minutes but stayed aboard and by the time the film rolled to an end I knew the film would be in my head for days. If you enjoy the type film that lingers then this a film for you. The directing, the acting, the settings, all more than competent. Nice to see Amanda Plummer, even in a small bit. Always liked her.

K. FollReviewed in the United States on December 18, 2020
5.0 out of 5 stars
Beautifully Haunting
Verified purchase
Often I find stories dealing with the so-called Afterlife maudlin and overly sentimental, not to mention based on banal religious concerns that end up being sappy preach-sessions. This one cuts through all that and gets right to the core of why humanity even has a concept of an afterlife to begin with. Our heroine, a prostitute who in the beginning scene is brutally murdered by her john, finds herself in an afterlife in which she must work to help others transition between life and death. The job she's given is difficult and frustrating. Only the prospect of seeing her daughter again can motivate her. The Power that Be knows that and takes advantage of it, demonstrating that even in the afterlife, people (and perhaps even God) are not intrinsically altruistic. As she sets about to the work she's given, an intricate story of redemption and reconciliation emerges, and her efforts spread beyond just the soon-to-be-deceased. Superb performances by Ms. Sarafyan and Uzo Aduba and the rest. The only downside is that I wanted more!

KrisD RebelReviewed in the United States on April 10, 2019
5.0 out of 5 stars
Life, Loss and Hope: Tugs at your heart strings
Verified purchase
With loss, love, desire and the pursuit of closure for peace, your mind and heart take a symbolic journey wanting more in the end. It's a wonderful crossing of lives intertwined. This story beautifully displays that moment in time when life ceases and hope lives on.
7 people found this helpful
See all reviews
Back to top
Get to Know Us
Make Money with Us
Amazon Payment Products
Let Us Help You
EnglishChoose a language for shopping. United StatesChoose a country/region for shopping.
© 1996-2021, Amazon.com, Inc. or its affiliates