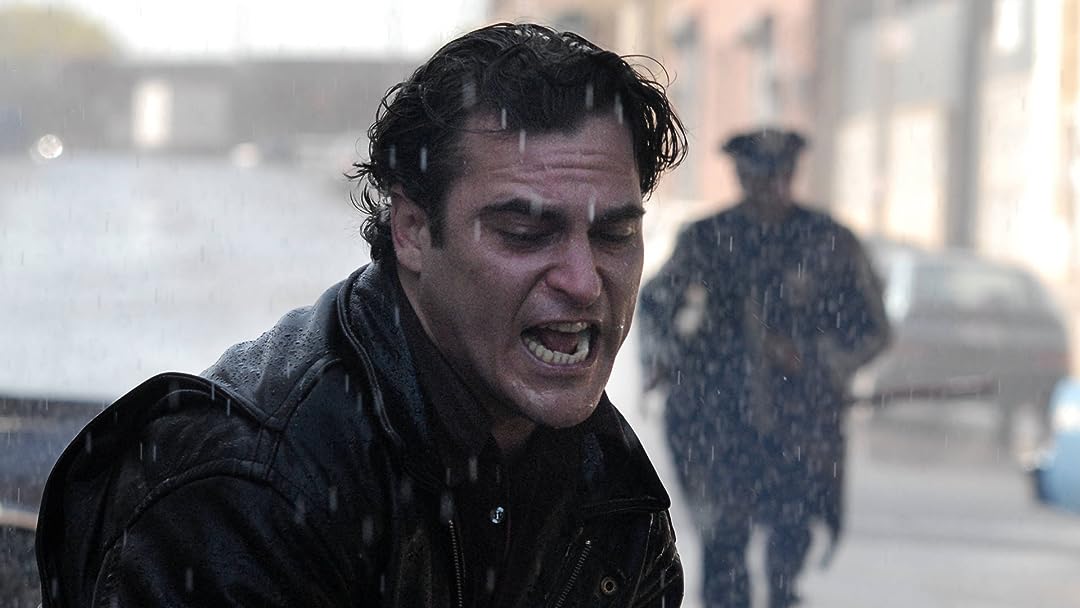 We Own The Night

joel wingReviewed in the United States on January 4, 2021
2.0 out of 5 stars
Great start destroyed by horrible writing as Joaquin Phoenix wants to take on gangsters
Verified purchase
It’s the 1980s and Joaquin Phoenix runs a large and successful night club in New York City. His brother Mark Wahlberg is a captain and his dad Robert Duvall is the deputy chief of police. They start investigating some Russian gangsters that frequent the club which of course draws Phoenix into the mess.

The first half of the movie is very good. It lays out the characters and then slowly but surely builds up the tension with Phoenix discovering what the gangsters are up to and being drawn into things. There’s one scene where he goes to a drug lab that is full of suspense accentuated by the music.

Unfortunately after this great start things fall apart when Phoenix wants to take care of the gangsters. It is a completely unrealistic turn of events that really can’t be believed or forgiven for the writers thinking that it would be a good plot twist.
C

Tuatha DedanannReviewed in the United States on January 14, 2019
3.0 out of 5 stars
it was an OK film, had a few flaws
Verified purchase
one is the where Vadim is wondering why Phoenix is so nervous, then begins to pat him down and go through his stuff; the way he immediately went right to the lighter? come on, get real; immediately, just like that? the 'you got matches AND a lighter' thing? come on; overall the film was good, Phoenix usually does the trick; I found it interesting and we kind of turned it into a game; seeing if we could spot where, when, & how marky mark was made to look as though he was as tall as others around him; like a slightly higher pathway he walked that was laid down right beside the normal ground that everyone else was to stand on - or someone's shoulders would be angled in a certain way while marky mark's shoulders would be absolutely square - or sitting on a stack of something (phonebooks?) placed in a chair: for example, I couldn't belive it, I had to hit the left circle with the 10 and pause it a few times, but at a place in the film (1:36:25), it looks SO odd, that there HAS to be something between his rear and the actual seat of the chair, a torso just doesn't stretch, nor ANYthing, like how it looks from the camera's angle
5 people found this helpful

Frank DogheartyReviewed in the United States on June 25, 2021
3.0 out of 5 stars
Not bad for what it is
Verified purchase
After waiting for intelligent writing for years, this one has it, despite the ever-recurring "Are you all right?", "OMG!", and "Everything's gonna be fine/all right." I am still wondering why these sentences are in just about all movies.

It starts out strong, but in the end, it becomes unrealistic; basic human psychology is ignored without turning the plot into a fairy tale (genre and audience are uncertain). Also, what starts out as a family disagreement, turns into a plot for vengeance, so the normally four dimensions of life become restricted to two...

Famous/expensive actors apparently have their deepfakes "acting" for them by now. This makes me wonder if they are still alive, because quite a few of them seem to have been eliminated, because they considered themselves human beings, while they had been simply slaves on a long leash...

Ferdinand C. de GuiaReviewed in the United States on August 26, 2019
4.0 out of 5 stars
Don't have expectations and you'll be fine.
Verified purchase
There's a few one star reviews floating around, and I think they anticipated a very different movie. That usually comes down to the marketing and how the descriptors are written. The film starts out with a slideshow montage of NYPD in black and white and it evokes a very Film Noir feeling to the film, and I think that's exactly the frame of mind you should set into this movie. Now-a-days its called crime drama. Most noir films are associated with mystery and intrigue. This movie had very small bits of that, but in the end most of all it was Bobby Green's journey from one life to the other. The pacing isn't consistent, and at times when it speeds up it can feel like the writing got a little lazy to keep pace. Sure it can seem slow, and oft times boring, but thats what Noir films were, a slow burn. and yes we have probably heard that same story before, but same can be said of every movie.

I overall liked the movie. If a movie can get me to emotionally connect, I'm all in (or i'm a wuss). Understanding Bobby's complications really invested me in the movie, although the ending(s) leave a little to be desired. I still recommend a watch as long as you don't expect action around every corner.
3 people found this helpful

Amazon CustomerReviewed in the United States on March 2, 2021
4.0 out of 5 stars
4 stars is generous, 45 min in and still dont care about the characters
Verified purchase
5 star rating systems are tough. 3 stars is 60% a "D" rating. This movie doesnt deserve a D but its a weak C so barely gets 4 stars. Watched 45 minutes, still didnt give a crap about the characters and the story and acting was still lackluster at that point so I turned it off. Lots of better stuff out there and anyone who rated this a solid 4-5 stars needs to learn what good movies actually are.

Bruce WinningReviewed in the United States on May 29, 2019
5.0 out of 5 stars
two brothers; one is NYPD; the other is a nightclub manager
Verified purchase
I very much appreciate widescreen 16:9. I very much appreciate 5.1 surround sound. Those things are most important to my viewing experience. I like action and violence. This, too, is important to my experience. I like the shooting. I like the pursuit scenes. The car pursuit in the rain is very interesting. What happens to the club manager is very interesting. There is a lesson to be learned. Thank you Amazon Prime Video for recommending this in email and the fine presentation.
One person found this helpful

Detective FanaticReviewed in the United States on September 21, 2017
5.0 out of 5 stars
Action and Emotion at it's best
Verified purchase
Truly moving and real life consequences in this story of a cop family's struggles between dogmatic expectations and expression of love and bravery. As usual Joaquin Phoenix is utterly transcendent as he faces his manhood and the betrayal that almost killed his family. The guy never fails to produce. Mark Wahlberg too, gives it all as he slides from smart-ass hot head to broken man by his own actions. Anyway if you like action and emotion this film is a classic.
4 people found this helpful

IconicReviewed in the United States on April 2, 2018
1.0 out of 5 stars
... a movie because you think that that would be cool, and you also want it to be "successful" ...
Verified purchase
Let's say you just want to make a movie because you think that that would be cool, and you also want it to be "successful" so you throw in a hunch of random nonsense that you think people are gonna like, and your mental maturity is at the level of an emotionally neglected 16 year old boy, then probably this is the movie you'd make.
The movie starts out by glorifying drug use, alcoholism, gambling and sexism. There is Bobby (Phoenix) the manager of a night club who performs his duties by snorting drugs, drooling over his "sex object" girlfriend (Mendes) and walking around the club in ecstasy high-fiving criminals. Of course Bobby is a good guy since he comes from a police family. He just choose a life of crime cause you know every family has to have a black sheep and for this family it's Bobby. But being a criminal is essential ok according to this movie as long as you're from a police family and as long as you don't kill anyone unnecessarily that is.
Now, I want my movie to be successful so I'm just gonna throw in some random stuff that just happens and will make the movie more exciting, not caring whether it insults the intelligence of my audience, no that's fine as long it makes it exciting. H
*** Spoiler Alert ***
Because I want to send off the viewer with a warm fuzzy feeling I tell them that anybody can become anything and your actions in the past don't have any consequences in the future. So by the end of the movie Bobby the playboy becomes a hero cop outperforming every other cop even his brother (Wahlberg) who has dedicated his entire life to sobriety and service! Cause I guess that's just how playboy junkies roll these days...
6 people found this helpful
See all reviews
Back to top
Get to Know Us
Make Money with Us
Amazon Payment Products
Let Us Help You
EnglishChoose a language for shopping. United StatesChoose a country/region for shopping.
© 1996-2022, Amazon.com, Inc. or its affiliates