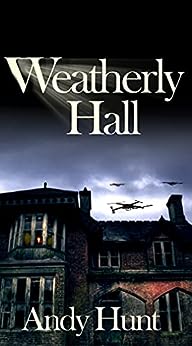 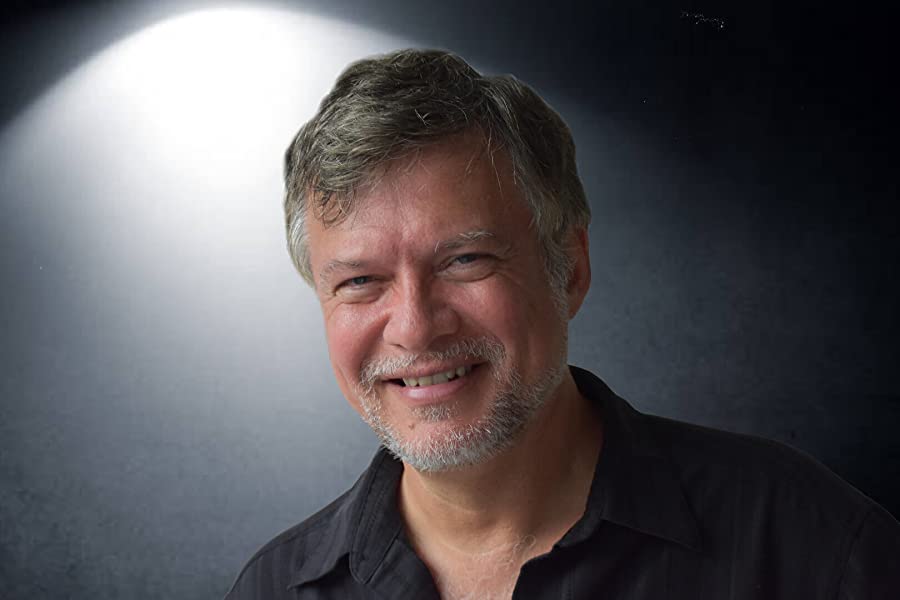 by Andy Hunt (Author) Format: Kindle Edition
See all formats and editions
Sorry, there was a problem loading this page. Try again.
After the Second Civil War, Henry buys a long-abandoned, desolate mansion from the pre-Internet era to get away from it all: away from the mass surveillance and constant monitoring of the new paranoid state at the very edge of civilization. But there's more to the house's history than the real estate listing admitted. Were ghosts real? Or panda bears? Or whales? No one knew for sure anymore. The tapestry of history was torn and threadbare, patched with both tattered cloth and with trash. And in that dim and murky place between the shores of consciousness and nightmare, Henry was running out of time.
Read more
Previous page
Next page
Create your FREE Amazon Business account to save up to 10% with Business-only prices and free shipping. Register today

What is Weatherly Hall about?

I wanted to write a book about an allegedly haunted house, but it needed a bit of a twist. Since my other novels are all science fiction, I thought it would be fun to try and blend the genres. While this is a book about a creepy house, it takes place in the near-future, so you have drones, AI, self-driving cars, and so on. So it's a supernatural, thriller, sci-fi adventure.

It takes place after a civil war?

Yes. When I started writing the book, the idea of a second civil war in the US was part of futuristic "fiction." As events have unfolded, it seems more likely that such a scenario really could happen at some point. But that's in the past in the book, and life has settled down into their new normal. That includes a lot of heavy surveillance, which our hero tries to escape by buying this "unique" house on the edge of modern civilization. Of course, the house turns out to be a lot more than he bargained for.

Does Weatherly Hall have any connection to your books in the Conglommora universe?

Not deliberately, but who knows? 'Conglommora' is straight science fiction, there aren't any supernatural elements. Although, I think space ghosts would make for a fun story to tell someday.

Is the house really haunted?

Well, you'll have to read the book to find out. It's definitely creepy. The book starts off with that slow, creepy, mysterious vibe. The mystery and threats escalate from there.

And so it begins

As-is. A lone mansion atop a steep and isolated hill on the outskirts of a dying former mining town, several hours from megapolis. Un-renovated, uncomfortable, drafty, hard to heat and cold. This property is offered strictly "AS-IS", no assurances expressed or implied.

That's not what the real estate brochure said, but it may as well have. It probably should also have mentioned hat the house was built just after the First Civil War, in the late 1800s. Hadn't been renovated much since then - it barely even had electricity, let alone any modern, AI-fueled conveniences.

Which is exactly what Henry wanted. He could be free. Safe. Alone...

★★★★★ "Author Andy Hunt has done an excellent job of portraying a United States that today doesn't seem too far in the future and as such, it is a sharp jolt to show the path we seem to be heading down. The characters Henry comes across in his rural retreat are varied,fascinating, and at times not a little eccentric, which perfectly suits the tone of this narrative. The prose is beautifully descriptive and scary enough to keep a reader on the edge of his or her seat, without becoming overwhelming in gore, blood, and horror. I enjoyed this light escapism and can definitely recommend this read"—Grant Leishman, Readers' Favorite Reviews★★★★★ "At first, I thought Weatherly Hall by Andy Hunt wasgoing to be the quintessential ghost story, but it wasn't, and I lovedthat. The pace built and became faster as the story progressed, and when we reached a crescendo, it mimicked the flow of action. The intensityof the story increased sentence after sentence, and Andy Hunt never letthe momentum fall. Weatherly Hall will be loved by fans of allgenres."—Rabia Tanveer

★★★★★ "Hunt has crafted an intriguing novel to satisfy fans of haunted house scenarios, but this is so much more. The story builds slowly at first,with meticulous descriptions and even floorplan images that get you intimately acquainted with the setting. The story's suspense builds chapter by chapter, and soon you find yourself immersed in Henry's world and eagerly anticipating how the story unfolds. Fans of Black Mirror or The Twilight Zone will love this eerie, evocative haunted house novel"—Tammy Ruggles

Andy Hunt is a programmer turned consultant, author and publisher.He's authored and co-authored many previous books, including the best-selling book The Pragmatic Programmer, the popular Pragmatic Thinking & Learning, award-winning Practices of an Agile Developer, and Learn to Program with Minecraft Plugins: Create Flying Creepers and Flaming Cows in Java for the kids.Andy was one of the 17 authors of the Agile Manifesto and founders of the Agile software movement, and co-founded the Pragmatic Bookshelf, publishing award-winning and critically acclaimed books. He's currently experimenting with The GROWS(TM) Method for software development, writing books, and performing music with his friends. --This text refers to the paperback edition.

Andy Hunt is an author and publisher. He's authored and co-authored the best-selling classic The Pragmatic Programmer, the popular Pragmatic Thinking & Learning, award-winning Practices of an Agile Developer, Learn to Program with Minecraft Plugins: Create Flying Creepers and Flaming Cows in Java for the kids, many articles, and the novels in the Conglommora series. Andy was one of the 17 authors of the Agile Manifesto and founders of the Agile software movement, columnist for IEEE Software Magazine, and co-founded the Pragmatic Bookshelf, publishing award-winning and critically acclaimed books. He's currently experimenting with software development and learning, writing books, and performing music with his friends.

Margaret I. Eldridge
5.0 out of 5 stars Blurred lines
Reviewed in the United States on August 23, 2021
Verified Purchase
At Weatherly Hall, it seems there are no lines between past and present, the natural and supernatural. In the near-future dystopian world outside, lines are also blurred. History has been rewritten or partially erased, and truth criminalized. There are elements of all the good haunted house stories here to keep you up at night and looking over your shoulder. Intentional or not, I felt nods to The Shining and perhaps even the short story The Yellow Wallpaper with what happens to Henry / J, the main character. Overall, a delightfully creepy story that will at least keep you up all night turning the pages, even if it doesn't scare you out of your skin.
Read more
2 people found this helpful
Helpful
Report abuse

J.E. Rowney
5.0 out of 5 stars An accomplished, slick thriller
Reviewed in the United States on October 10, 2021
This is an accomplished, slick technological thriller. The eponymous house, Weatherly Hall, also plays a chilling, intriguing role and adds to the suspense and close, almost claustrophobic feel of the novel.

The characters are diverse, edgy and well written and I believed in them and found them engaging. The storyline was tight and well-plotted and executed. I read the entire book over only a couple of sittings as I found it hard to put down. I was both intrigued and engrossed from the outset.

Set in the future, after an imagined second American Civil War, the protagonist, Henry moves into Weatherly Hall in an attempt to live a life away from the omnipresent surveillance in society and to take himself “off the grid”. There are definitely vibes of “Enemy of the State” here.

I am an avid reader of thrillers and I find it difficult to discover new, different and intriguing plots, but this book certainly fulfils that set of criteria. Without being overly complicated, the level of detailed description is spot on for the storyline. I found it easy to visualise the setting and I was completely drawn into the story world. The review copy that I read also included a floor plan, which I thought was a cool addition, and added to the realism and immersive feel. I wanted to believe that the house was real. I wanted to believe in the characters.

I would recommend this book to any reader who wants a fresh, exciting thriller that will hook them in and keep that tight grip on them throughout. It’s a page-turner that will have you skipping sleep to find out what happens next. The building claustrophobia and paranoia oozed from the pages and enveloped me as a reader.

What a powerful, exciting book! Would recommend to all readers.

I received an ARC through Reedsy Discovery and am leaving an unbiased, honest review of this book.
Read more
Helpful
Report abuse
See all reviews
Back to top
Get to Know Us
Make Money with Us
Amazon Payment Products
Let Us Help You
EnglishChoose a language for shopping. United StatesChoose a country/region for shopping.
© 1996-2022, Amazon.com, Inc. or its affiliates