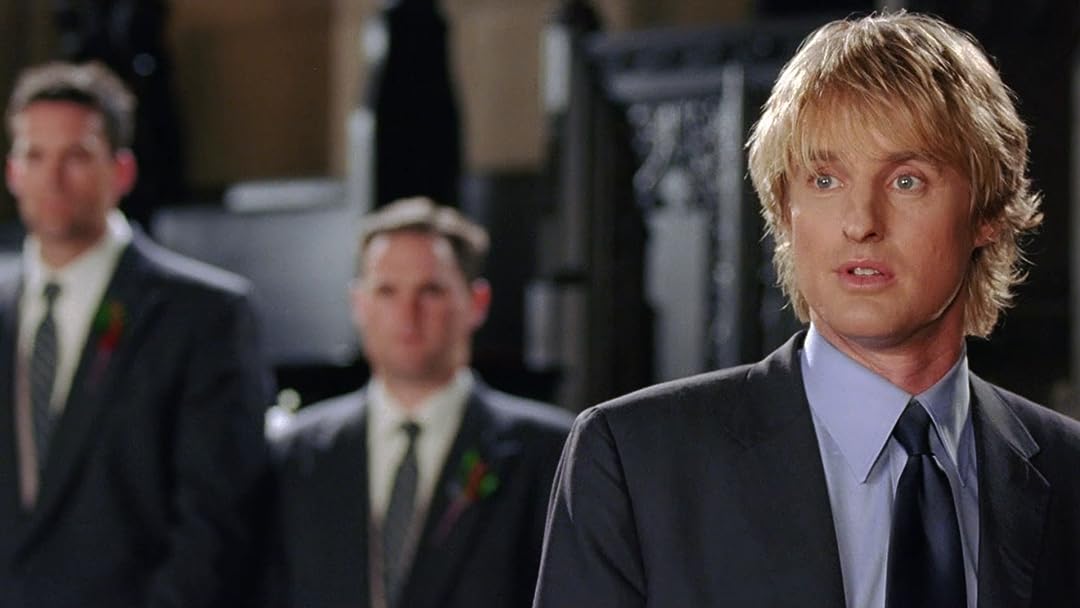 Amazon CustomerReviewed in the United States on May 2, 2021
2.0 out of 5 stars
Wedding Crashers Crashed
Verified purchase
I like Vince Vaughn and Owen Wilson. They are both great comedians. I fell in love with Owen in Shanghai Noon. He had me doubled over with his subtle delivery. Meet the Parents, The Royal Tenenbaums. I can't remember the name of the movie Vince Vaughn was in where he kept saying "Is that MAC lipstick you are wearing?" but he was really funny. This movie was tacky to me. That one lady in the movie that was all over Vince Vaughn was disgusting (then it turns out he likes her?). The gay guy that came on to Vince Vaughn had an awful part also. Then there was one of the older women who was trying to have sex with him. Everyone on this planet is not a sex addict.
Everytime you go to a wedding you aren't invited to you are not going to find a sexually hungry woman that thinks so little of themselves they are going to have sex with a guy the first time they meet him. It was funny to see how they pulled off the idea that they knew one of the people who were getting married.
Anyway it was pretty awful movie and I was sorry I spent 3.99 to rent it.

Feather ChuckerReviewed in the United States on March 13, 2018
5.0 out of 5 stars
Probably One Of My All time Favorite Movies
Verified purchase
This movie is probably one of the funniest movies I've ever seen. This is coming from someone who is a movie buff. The jokes are great and the comedy is lasting. This isn't a movie where you remember the jokes so well you don't want to watch it again. It has replay value for sure. I feel Vince Vaughn was made to play his character.
10 people found this helpful

teols2016Reviewed in the United States on September 12, 2013
5.0 out of 5 stars
Can I?
Verified purchase
Can I join Vince Vaughn and Owen Wilson as they crash weddings for their own gain? Or could Will Ferrell just teach me the rules of wedding crashing so I can go out and do it on my own? I'd certainly be up for an invitation for a weekend at Rachel McAdams's family compound. No matter what I'd get, I'd watch (and have done so) this film over and over again. Vince Vaughn and Owen Wilson are living a dream of having fun without regard for the consequences (at least for a while) and viewers will soon be clammering to join them on their wild escapades. But what this duo truely manages to accomplish is to restrain their antics to the point where they don't become absolutely ubsird (just plain ubsird is reached and that's just fine) while making it look like they are making no such effort. I can't quite figure out whether to think of Christopher Walken as creepy, menacing, clueless, or what, and that's part of his charm in the film. Though they share few, if any, scenes, Jane Seymour nicely plays off this characterization to make herself the relentless cougar who has given up on any actual meaning to her marriage to Walken's character. Rachael McAdams shines in this film and you'll find yourself hoping for her and Wilson's characters to get together the moment he targets her for his (at the time) plans for a one-night-stand (in case you're concerned, those plans seem to go out the window with a cinderblock tied to them before the reception's over, so you can relax...there's already a desire for something more.) In my mind, Isla Fisher is forever type-cast in this role as McAdams's somewhat nutty and certainly manipulative sister (not a bad thing for this film but it might be a hinderence for future projects.) Bradley Cooper may be playing a stereotypical villainous jock-type boyfriend to McAdams who's more interested in himself than her or anyone else, but he plays it so well that you can't help but want him gone...and Owen Wilson takes us in that direction with an eyedropper. Ellen Albertini Dow (there's a mouthful) and Keir O'Donnell round out this nutty family as the foul-mouthed grandmother and artistic homosexual brother who develops feelings for Vince Vaughn. Is it just me or is Jenny Alden the only sane member of that family? Well, whether sane or insane, the family, Vince Vaughn and Owen Wilson, and the rest of the cast come together to make a movie that will leave you laughing and wanting to watch them again for more laughs. Enjoy.
12 people found this helpful

Movies Are CinemaReviewed in the United States on March 13, 2021
4.0 out of 5 stars
Seriously? Seriously Funny!
Verified purchase
Another pre-cancel culture comedy that actually makes people laugh. Two gents make a hobby out of crashing weddings. The dancing, the drinking, the food, the drinking, the babes to meet, the drinking. Yes, this is funny and yet bittersweet. Can these two encroachment professionals find true love and stop their randy ways? Enjoy...
One person found this helpful

MaryReviewed in the United States on May 24, 2021
1.0 out of 5 stars
Endless cliches
Verified purchase
This could have been a great movie but it totally sucked. We watched for about 20 minutes and did not even chuckle once. There's something about seeing beautiful women everywhere you go, and having them all fall for you, that doesn't compute. From the point where they crash the Gov't official's wedding onward, a monkey could have written the script. I kind of think one did.

Crystal E. RoseReviewed in the United States on January 18, 2020
5.0 out of 5 stars
Good movie highly inappropriate for a 10yr old.
Verified purchase
My husband and I watched this movie a long time ago. We saw it on amazon prime and thought let's watch this again w out daughter. We had to turn the movie off half way through because of the sexual content. But when my daughter was asleep we watched it and laughed and laughed. It is a really funny movie but definitely adult funny.
One person found this helpful

Bob NReviewed in the United States on August 6, 2019
5.0 out of 5 stars
Owen & Vince
Verified purchase
Owen Wilson and Vince Vaughn make a good team in light comedy movies. Blu-ray was good quality.
5 people found this helpful
See all reviews
Back to top
Get to Know Us
Make Money with Us
Amazon Payment Products
Let Us Help You
EnglishChoose a language for shopping. United StatesChoose a country/region for shopping.
© 1996-2021, Amazon.com, Inc. or its affiliates