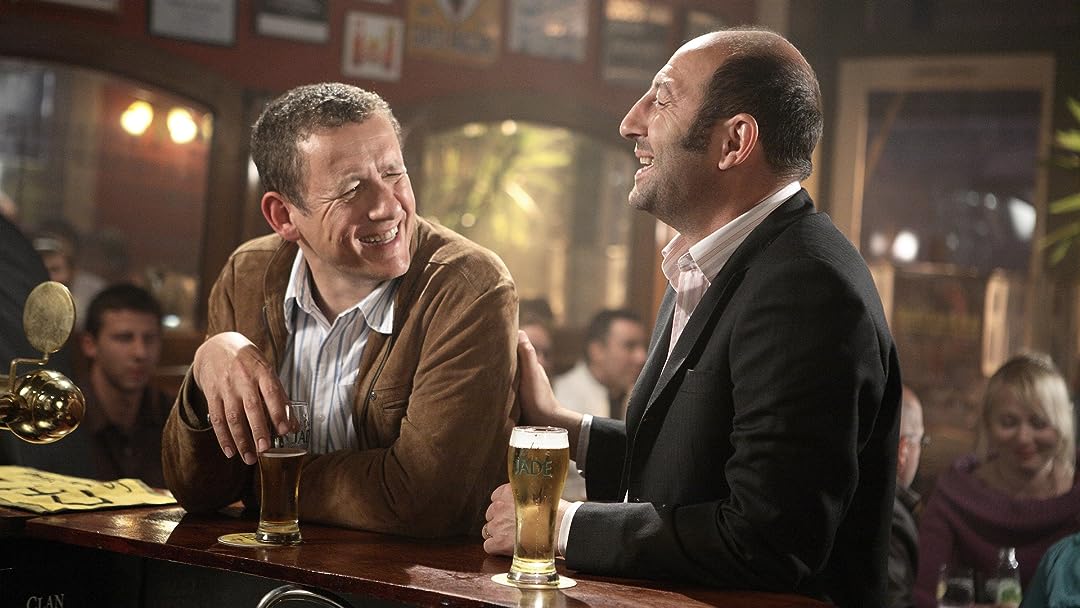 Welcome To The Sticks

(337)
7.11 h 41 min200813+
Philippe Abrams is the director of a post office in the southern France. He's married to Julie, whose depressed state makes life impossible. To make her happy, Philippe plots to get transferred to the French Riviera. But it backfires, and he is transferred to Bergues, a small town in northern France, instead.

BrisguyReviewed in the United States on July 13, 2020
3.0 out of 5 stars
Entertaining, but don't think too hard
Verified purchase
I watched this movie after watching a lecture series on France that claimed this was the most popular French film ever. I don't speak French, but the subtitles were quite good an even did a good job of illustrating the misunderstandings caused by the northern dialect. I have watched a few other French films with subtitles and this is not one of my favorites. The basic premise is fine and had some potential, but the film mines the same few devices for jokes throughout and often strains credibility. For instance, we are supposed to believe that the main character was not aware that he would encounter a different dialect, and would continue to be surprised by this for weeks. We are also supposed to believe that a handful of people, who have only known our protagonist for a few weeks put on a herculean effort comparable to a Mission Impossible stunt simply to prevent some embarrassment. There are charming and funny moments that focus on the beauty of the town and its people, but there should have been more.
2 people found this helpful

Big MommaReviewed in the United States on September 20, 2020
5.0 out of 5 stars
Imagine any small town in the U.S.
Verified purchase
When I think of all the dialects and local accents there are in the U.S., I know that this movie is universal in its message: once you cut through the differences in communication, people are people and the same everywhere. Some better than others. In this film, the small-town people are very good.

The theme is similar to that of the television series, 'Northern Exposure.' Someone arrives with preconceived notions about a less-sophisticated burg and has his opinions turned around. People eat strange food, not found elsewhere (I'm thinking of my relatives' 'hog maw'!) and have a funny way of expressing themselves (I'm thinking rural Maine - Marshall Dodge style).

Even a novice French speaker such as I could understand most of what was said as part of the comedy. For the less brave, English subtitles are the best guide.

The humor is never over the top. There are no sex scenes, the swearing is of the local type, and the themes are universal - overbearing in-laws, career goals, managerial challenges, and leaving home(s). I can see why this movie was so popular in France.

Amazon CustomerReviewed in the United States on August 14, 2021
5.0 out of 5 stars
both charming and funny
Verified purchase
an excellent comedy, that puts me in mind of the old TV show northern exposure. someone is transferred to a location that he really does not want to go, and is pleasantly surprised by the people he meets. it is all pretty charming, and the relationships are nice ones. there are some really amusing scenes, esp as the residents try to live up to their nasty reputation to accommodate the boss they have come to love. a charming film you cannot help but like and get drawn in.
2 people found this helpful

BrianReviewed in the United States on July 31, 2021
5.0 out of 5 stars
One of the best comedies in a long time!
Verified purchase
Came upon this by accident, saw that it was very popular in France, and gave it a shot - very happy I did! Great film, great performances, great humor and the film has a heart. Highly recommended.
Oh, lets not forget absolutely BRILLIANT translation of this Amazon Primer version!!! This film is only worth watching if you speak French fluently or if you have a great translation because the jokes/dialect are incredibly hard to translate.
If you want to watch this film, I insist you stream it here, on Amazon Prime, simply because of the translation.
One person found this helpful

SI-TKReviewed in the United States on November 14, 2021
5.0 out of 5 stars
Hilarious French movie with sub-titles
Verified purchase
I read about this movie and decided to watch it. Very funny flick about a postal manager who wants to move south in France and ends up in the north. I never knew the French considered the residents of the north of France to be so "strange." Worth watching, especially if you are going to the north of France. The sight gag when he crosses the boundary for the north of France is a riot.
One person found this helpful

errin spellingReviewed in the United States on March 9, 2022
5.0 out of 5 stars
A great director and actor
Verified purchase
he's like J.K. Simmons: he's in everything French we see. I did not get even a hint that the wife was depressed. if she is depressed , we are in really bad shape. the film is very funny. we loved it. we laughed and laughed.the police were funny, when they felt bad for a person, who had to go up north.

Amazon CustomerReviewed in the United States on November 9, 2014
5.0 out of 5 stars
HEART WARMING AND HILARIOUS
Verified purchase
Honestly, I went on a chance with this film, but I ended up loving it. It's very french so some of the comedy went over my head at first, but it definitely hits its mark when you get into it. I laughed, I cried, it was a surprise and I would definitely recommend it to my fellow french film lovers. I can see why it was so popular in France, its' not as internationally known as some french films like Amelie (2001) and The Intouchables (2011), but it definitely delivers with the humor and the story. You'll be pleasantly surprised by this film, I promise!!!
12 people found this helpful

ShamoeReviewed in the United States on June 9, 2021
5.0 out of 5 stars
Very funny, well written, well acted, but need to watch in original French.
Verified purchase
One of the best French comedies ever produced. Acting is very good, the story line very heartwarming and the dialog very well written. Danny Boon and Merad at their best!!! You need to watch it in the original French language, because a lof of jokes and double meanings don't translate well into English.
See all reviews
Back to top
Get to Know Us
Make Money with Us
Amazon Payment Products
Let Us Help You
EnglishChoose a language for shopping. United StatesChoose a country/region for shopping.
© 1996-2022, Amazon.com, Inc. or its affiliates