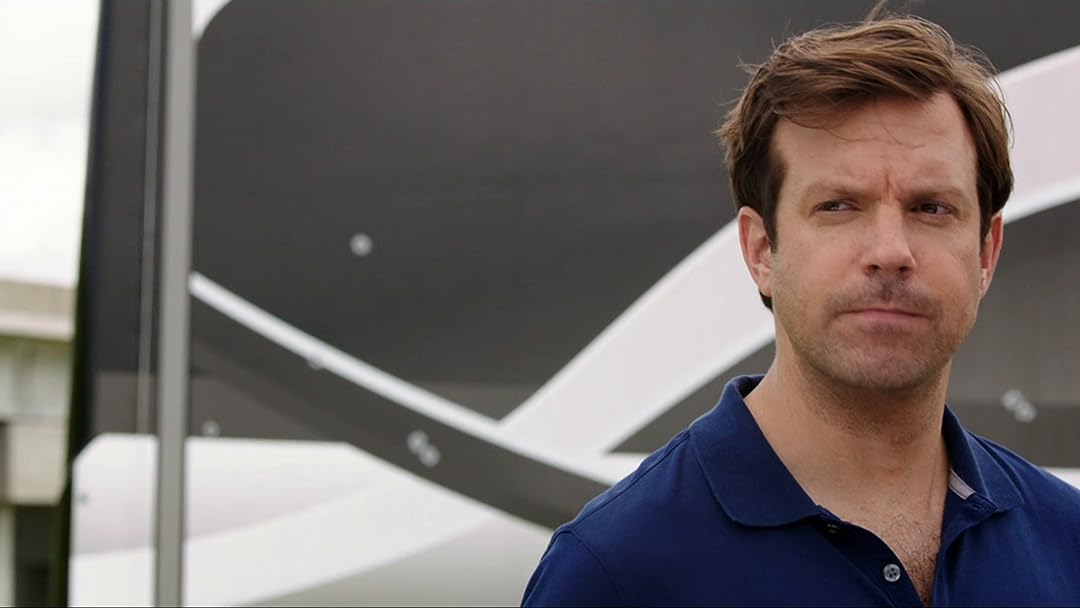 Big MommaReviewed in the United States on January 6, 2021
5.0 out of 5 stars
Years later...
Verified purchase
Still got it, Millers!

I bought the video and as videos go, that went. Now, renewing my acqquaintance with the movie, I find it as hilarious as ever. What talent!

Jennifer Aniston shows that marriage must indeed be a challenging mysterious institution when Brad Pitt could exit that union for the stick figure Angelina. Jen has it all in the looks and sex appeal and then she shows her comedic skills here as well.

If anyone could hold their own when meeting the Millers, it is the family they meet on the road. Ana Gasteyer was perfect casting for that mom. Nick Offerman, who plays her husband, makes perfect sense. The Millers make perfect sense. Somewhere, I have to remind myself, there is a mom for Kenny and parents for Casey, and those parents must be missing their kids. Then, I remember: this is just a movie! And a very funny one.

Bee MendiReviewed in the United States on March 6, 2020
5.0 out of 5 stars
Pretty funny
Verified purchase
Funny movie. Really was better than I thought. One part I particularly liked was when the guy was talking about the kinda haircut he wanted. To the hair stylist and was going through the description of the kinda lifestyle he wanted his hair cut to portray and at the end of his description the guy in the background pointed to his hair and said right here or something like that. Was totally funny. U will c when u watch and will know what part I am talking about. :)
4 people found this helpful

Amy AbbottsReviewed in the United States on January 23, 2016
5.0 out of 5 stars
National Lampoons: Drug Lords
Verified purchase
Imagine that your neighbor is a big time drug dealer, you're a teenage misfit and somehow you cause him to lose a large sum of money. Now imagine that you, another teenage misfit, your drug dealing neighbor, and a smoking hot stripper that's also your neighbor have to embark on a journey to another country to try to recover the money that you and you alone lost. Pretty insane, right?! I sort of felt like this movie was a combination of National Lampoons meets Harold & Kumar. I won't spoil the ending but I can definitely say you'll spend a lot of time watching this movie laughing your full head off! I can't say there have been many movies lately that have made me laugh out loud but I can definitely say there were parts of this movie that made be chuckle. This movie definitely isn't appropriate for kids under the age of 13 but if you can sneak away to watch it is definitely worth your time! Would watch again and again!
10 people found this helpful

Che PerthReviewed in the United States on June 4, 2021
4.0 out of 5 stars
Felt like I was watching "Horrible Bosses" the Family edition
Verified purchase
Movie has a lot of Funny jokes. It quickly started to feel like I was watching a Horrible Bosses movie where every other scene is the main characters doing something that they aren't supposed to be doing, they almost get caught, they barely get away and proceed to do other things they aren't supposed to do and the movie makes it seem like they are about to get caught. Jennifer Anniston played a similar role in We're the Millers as she plays in Horrible Bosses. We're the Millers has at least 3 of the same actors from the Horrible Bosses movies.

David DrupaReviewed in the United States on November 10, 2018
2.0 out of 5 stars
Terrible story, terrible writing, poor casting
Verified purchase
This is a formulaic comedy based on older classics. The plot is beyond ridiculous. The secondary male lead (boy) is terribly cast. Silly scenarios are difficult to accept - in one segment of the movie, you are supposed to accept that they are at a hospital that has a massive front field filled with RVs bordered by a huge carnival. Silly, stupid and forced to fit.
A blown opportunity.
5 people found this helpful

Amazon CustomerReviewed in the United States on February 7, 2021
4.0 out of 5 stars
Crude but funny.
Verified purchase
Ok, it's a bit crude but very funny movie. My hated moments are the ones where G.D is used. Not cool. Not child friendly. Drugs, sexualized content, nudity and language brought my rating of it to a 4. I know Hollywood has gone liberal with their amount of these things and it's sad but even I give them more grace than I should probably. They just didn't need that much of it really.
One person found this helpful

MelforlivReviewed in the United States on April 8, 2021
5.0 out of 5 stars
What a ride
Verified purchase
Outlandish plot, cringe worthy moments, shock value and some really good acting. We're the Millers is a little predictable, but ultimately gets you where you thought it was going. Watched it once in the theatre, years ago, then again with my daughter. She giggled and screamed and just enjoyed every bit of it.

Perfect for a pre-teen and an adult who likes to have a guilty pleasure.

Daniel B.Reviewed in the United States on April 4, 2014
1.0 out of 5 stars
Lame
Verified purchase
I bought the blu-ray for a couple of reasons. Jennifer Aniston and the overall Amazon customer 4 star ratings. I normally find the customer ratings to be pretty close to my own thoughts on a movie, but not this time. Jennifer is the one bright spot in the movie, and I was actually glad to see her take on a role that has her playing a seedy, foul-mouthed stripper because it's such a departure from her normal characters. She managed to make the best out of a very bad script, but even Jen couldn't rescue this train wreck. The premise of the movie should have made for a funny-as-hell flick, but between the unbelievably bad script, and the poor acting done by Jason Sudeikis, it just falls flat. It's not the profanity that the script is laced with that bothers me (when used right, profanity can make a movie funnier, but in this turkey it's just gratuitous), nor is it the constant sexual innuendo that peppers the movie. It's "R" rated and none of that was either unexpected or offensive. It's just not funny. The best moment of the movie is in the outtakes that are shown just before the credits roll when, apparently unbeknownst to Aniston, the director plays the theme song to "Friends" and the other cast members, who were in on the joke, sing along. If, like me, you're tempted to eject the disc halfway through, at least skip to the end to catch that outtake. Beyond that, though, there's not much to recommend this unfortunate movie.

Obviously, most of the people who watched it liked it alot more than I did. I wouldn't sit through this thing again for anything less than a thousand bucks. It was that painful.
2 people found this helpful
See all reviews
Back to top
Get to Know Us
Make Money with Us
Amazon Payment Products
Let Us Help You
EnglishChoose a language for shopping. United StatesChoose a country/region for shopping.
© 1996-2021, Amazon.com, Inc. or its affiliates