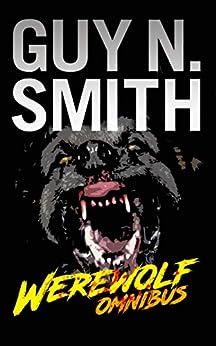 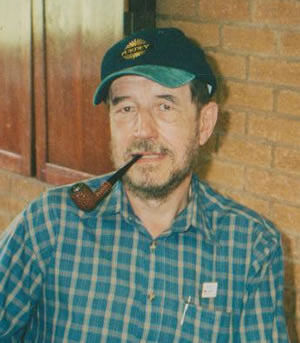 by Guy N. Smith (Author) Format: Kindle Edition
See all formats and editions
Sorry, there was a problem loading this page. Try again.
Are werewolves simply folklore or have they existed at some stage in the distant past? Lycanthropy is known to be a mental condition where the sufferer believes himself to be a wolf and embarks upon a psychotic rampage. So perhaps there’s some truth in the age-old legends. The Black Hill in South Shropshire is a dark forest where legend becomes reality. As well as werewolves seeking human prey, the hills hold tales of the black dogs. A sighting of these spectral canines is a harbinger of death. Gordon Hall, the sporting tenant, finds himself caught up in these ancient horrors and is determined to destroy them once and for all. Both his life and his soul are at risk.

I had my first story published in a local newspaper at the age of 12, followed by 55 more before I was 17. It was a good start to a writing career and I owe much of it to my mother (historical novelist E.M. Weale) who gave me every encouragement. My father, though, was insistent that I followed family tradition and went into banking.

Hence it was twenty years later before I became a full-time author and I had some catching up to do. The 1970's were a boom time for pulp fiction and I made my debut with 'Werewolf by Moonlight' (NEL 1974). It was 'Night of the Crabs', though, which really established me as a writer, virtually overnight in that memorable record, hot summer of 1976. This title was the 'No.1 beach read'. It saw numerous reprints, spawned 5 sequels along with several short stories, as well as a movie.

'Night of the Crabs' enabled me to go full-time. At the time with my wife, Jean, and our four children we were living a reasonably conventional life in Tamworth, Staffordshire. It was time to move on though, and in 1977 we moved to our present home in a remote part of the Shropshire/Welsh border hills.

I was no stranger to country life though, and the further away we were from town and traffic the better. For many years I had been writing for the 'Shooting Times' and several other sporting publications. Then in 1999 I accepted the post of Gun Editor of 'The Countryman's Weekly'. This involved 4-5 articles per week and I relished the challenge.

By this time pulp fiction was virtually out of fashion so diversification suited me, yet my readership has remained faithful to me and technology has made it all possible again with e-books. Thus my backlist is steadily returning to electronic print along with some new books. It is an exciting time.

Creature feature fan
5.0 out of 5 stars Fun pulpy storytelling
Reviewed in the United States 🇺🇸 on October 24, 2021
Verified Purchase
These three books are easy to read and fun. Guy N Smith is always reliable if you’re looking for a turn your brain off read. Very interesting twist with the second book, but I won’t spoil it here. Third is super violent, which is what we come to these stories for. Perfect for October reading.
Read more
One person found this helpful
Helpful
Report abuse

Mary Shifman
5.0 out of 5 stars A Great Read
Reviewed in the United States 🇺🇸 on May 29, 2019
Verified Purchase
This has three books in one and I really enjoyed it. It is well written and flows smoothly. The storyline is interesting and the characters are well developed and I cared about what would happen to them. I couldn't wait to find out what would come next. It is a bit gory but no more than others I've read on the topic I hated to see the book come to an end and I want to read the next book so I hope there is one.
Read more
4 people found this helpful
Helpful
Report abuse

GoldenDragonfly
2.0 out of 5 stars Spawn of the Werewolf
Reviewed in the United States 🇺🇸 on July 23, 2020
Verified Purchase
Thankfully, the last story in this werewolf series.

Gordon Hall, is now a retired journalist. The author appears to have forgotten about his wife and child, and has him return to Shropshire, where he likes to slaughter animals.

Someone named Ralph somebody is now living at the Gunn Farm. Old Victor Gunn is dead, and his widow, Margaret is living somewhere with her sister.

So Gordon Hall, hooks up with her, as though he’s never been married...then, again, that’s never stopped him, before.

Theo Robertson
4.0 out of 5 stars Don't Call Yourself A Werewolf Fan Unless You Have This
Reviewed in the United Kingdom 🇬🇧 on September 30, 2022
Verified Purchase
My late father was a fan of werewolf fiction in film and television and as the anniversary of his death approached I thought by way of remembrance I'd read Guy N Smith's werewolf omnibus

Now let's not kid ourselves that Smith was anything more than a pulpy hack writer. but for people of a certain age who were teenagers in the 70s and 80s he was something of a literary hero and reading one of his books in general and ones featuring giant man eating crabs in particular was something of a rite of passage. It was Werewolf By Moonlight from 1974 that kick started his career and it's included in this omnibus along with Return Of The Werewolf from 1977 and The Son Of The Werewolf from 1978 along with a short story entitled Spawn Of The Werewolf

Apparently Werewolf By Moonlight was written in nine days but I find this difficult to believe since it's one of Smith's most impressive novels which might not be saying much but for what it is pulp horror with a cogent well paced length it's very enjoyable. Perhaps the best aspect is how Smith gets in to the head of the antagonist and manages to elicit much empathy for the person cursed by the full moon. If there's a problem it's that the climax is rather anti-climatic but it's easy to see why the publishers were impressed by Smith

I did think we'd be getting more of the same with the sequel Return Of The Werewolf but it's a more understated story than does have a very interesting plot turn towards the end. The problem is that all this internal continuity is ignored for the third story The Son Of The Werewolf and you can see that even in this early stage of his career it's going downhill fast with some contrived and lazy plotting going on. The book ends with Spawn which is totally needless and feels like a knowing parody

Despite all this for what is The Werewolf Omnibus is entertaining and at 309 pages doesn't suffer from padding. In comparison I'm now reading The Beast House Chronicles by Richard Laymon and often think that sage is much longer than it needs to be. It's also a problem with latter day Stephen King. The Werewolf Omnibus rattles along at a good pace and I'm sure my dad would have enjoyed this as would any horror fan who knows when to leave their brain in neutral
Read more
One person found this helpful
Report abuse

Blob73
5.0 out of 5 stars Werewolf Omnibus
Reviewed in the United Kingdom 🇬🇧 on November 20, 2022
Verified Purchase
I’d never heard of Guy N Smith until I came across these books.
The werewolf genre is my favourite of all horror!
Guy does not disappoint! I read all three books in three days!
From start to finish it was darn hard to put these down!
Exciting, scary and fun!
I truly recommend reading these books! I’m now going to find some more of Guy’s novels!
Read more
Report abuse

bobbigyp
4.0 out of 5 stars The black hills werewolves
Reviewed in the United Kingdom 🇬🇧 on October 24, 2022
Verified Purchase
Gordon loved to come out to the black hills to shoot. What he didn't expect was the he'd be called upon to shoot a werewolf.
Three tales of the curse of werewolves and the black dogs who howled their return.
Read more
Report abuse

H. A.
4.0 out of 5 stars Old fashioned pulp horror
Reviewed in the United Kingdom 🇬🇧 on April 16, 2019
Verified Purchase
Great collection of werewolf stories from the master of British pulp horror. I read these books in my late teens and its wonderful to reread them. It's typical 1970s -80s horror set in rural England's farming communities. Gory supernatural tales with a bit of sex thrown in. Very similar to the horror films of that era. Well worth the price.
Read more
2 people found this helpful
Report abuse

Orpheus
5.0 out of 5 stars READ THIS BLOKE'S BOOKS
Reviewed in the United Kingdom 🇬🇧 on November 3, 2019
Verified Purchase
FANTASTIC collection.. Guy N Smith at his best. If you've never read pulp books then you gave to give this bloke a go, you eont be disappointed
Read more
One person found this helpful
Report abuse
See all reviews
Report an issue
Does this item contain inappropriate content?
Report
Do you believe that this item violates a copyright?
Report
Does this item contain quality or formatting issues?
Report