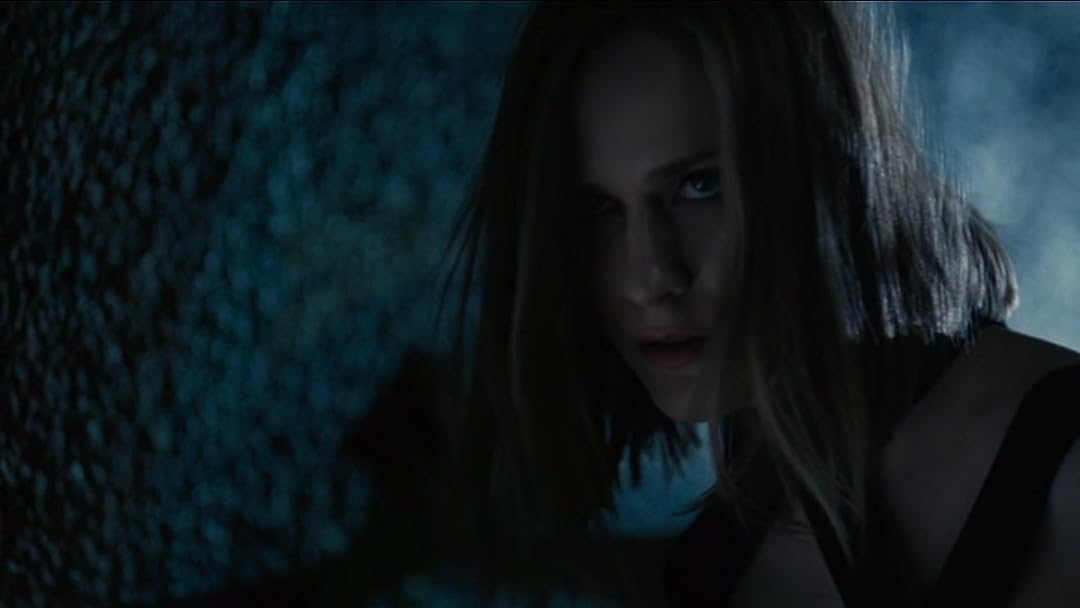 (921)8.62020X-RayTV-14
Escape is not freedom. Welcome back to Westworld, the Emmy®-winning drama series that follows the dawn of artificial consciousness and the evolution of sin. In Season Three, the real gods are coming... and they are very angry. Born into a world of pain, Westworld’s android hosts were never allowed to go or see one place: our world. But now, at the end of the game, they’re here.

EeksharksReviewed in the United States on September 23, 2019
3.0 out of 5 stars
A lot of making up to do
So, they worked off Crichton's work in Season 1 and it was good. I looked forward to Season 2,, expecting more great things. Season 2 turned out to a dog's breakfast of a season hat was so bad, such an amateurish effort that it appeared to me as if the producers had no idea where to go, lost the plot, created that mess and tried to pass it off as "edgy." I never have had the interest to watch the season finale. Now, we're informed, we're getting a "whole new direction" for Season Three They might have used the same hype to explain the dog they came up with last season. So, I'm full moratorium on Westworld III. I've quit reading "professional reviews," from writers trained like Pavlov's dogs, trained to bark and salivate on cue, for "treats" from the producers. I'll wait for some strong positive viewer reviews of Season III before I risk wasting any more time, on Westworld. If they can't turn around the Season Two debacle for Season III, they're in the wrong business.
102 people found this helpful

Clark L.Reviewed in the United States on March 16, 2020
5.0 out of 5 stars
Westworld is now Futureworld, and it looks great!
So, as we all saw coming, Westworld is now Futureworld. And it's cool as hell. I love when great shows keep their momentum. Still need to go run through some S2 recaps, but this was a brilliant S3E1. If you like heady, violent sci fi and have not seen it, you should.
Edit 22-3-20:
I will admit S2 got bogged down a bit, but this season is starting off with some stunning effects and concepts. Mave appears to have her 26G technology feature intact and Bernard is as inept as ever. The cameo from Drogon fun. It may be becoming formulaic, but it's fun as hell so far.

J CReviewed in the United States on September 10, 2020
2.0 out of 5 stars
Not as Good as Season 1 and 2
Verified purchase
Three episodes in so far, and the season is pretty disappointing compared to other seasons. The writing seems stale and the action predictable. I don't think I'll buy season 4.
6 people found this helpful

Gizzelle Reviewed in the United States on January 27, 2020
5.0 out of 5 stars
Looking forward to III
This has become my favorite show, that use to be Lost. I see a lot of complaints in these reviews. Yes, the show moves along fast but if you give your full attention to the show with no distractions, you can figure the majority of it out. If not, I suggest watching the whole series over again before the new season starts next month. That should clear up any lingering questions. If not there is the hints offered by the producers and actors. It's really not that hard.

You realize just how deep this story goes and it's very exciting. My only hope is they don't become bored, lazy and ruin the show like Game of Thrones, Lost, or The Sopranos You could see the sloppiness and disdain from the people that worked on these shows...very disappointing. Many people in the industry don't have the same panache as the past masters. I am really hopeful with this group, I see something different and lastly, they definitely picked the right crew of actors. They really picked the greatest adaptable group of actors. Each one of them are so different and unique and the actors portray the gifted writing so well.

Frank W. GilchristReviewed in the United States on August 30, 2020
3.0 out of 5 stars
Not as good as previous seasons
Verified purchase
I enjoyed the first two seasons of westworld but did not find this seasons story as well written. The acting and special affects were great but without a more compelling story it still missed the mark.
3 people found this helpful

clay reinReviewed in the United States on June 11, 2020
1.0 out of 5 stars
I do not want this
Verified purchase
I did not want this . I do not even remember ordering this.
5 people found this helpful

ROBERT P.Reviewed in the United States on May 27, 2020
5.0 out of 5 stars
Sub titles suck
Verified purchase
Love the show. but WHY ARE THE SUBTITLES NOT ALL THERE ABOUT HALF THE TIME THEY TALK THE WORDS DONT SHOW UP. COME ON GUYS REALLY. SUCK SUCK SUCK
4 people found this helpful

Amazon CustomerReviewed in the United States on June 15, 2021
1.0 out of 5 stars
No.
Verified purchase
What happened. 1/2 were beyond outstanding and 3 is like watching the last season of game of thrones. Should not have been made. Waste of 29.00.
See all reviews
Back to top
Get to Know Us
Make Money with Us
Amazon Payment Products
Let Us Help You
EnglishChoose a language for shopping. United StatesChoose a country/region for shopping.
© 1996-2021, Amazon.com, Inc. or its affiliates