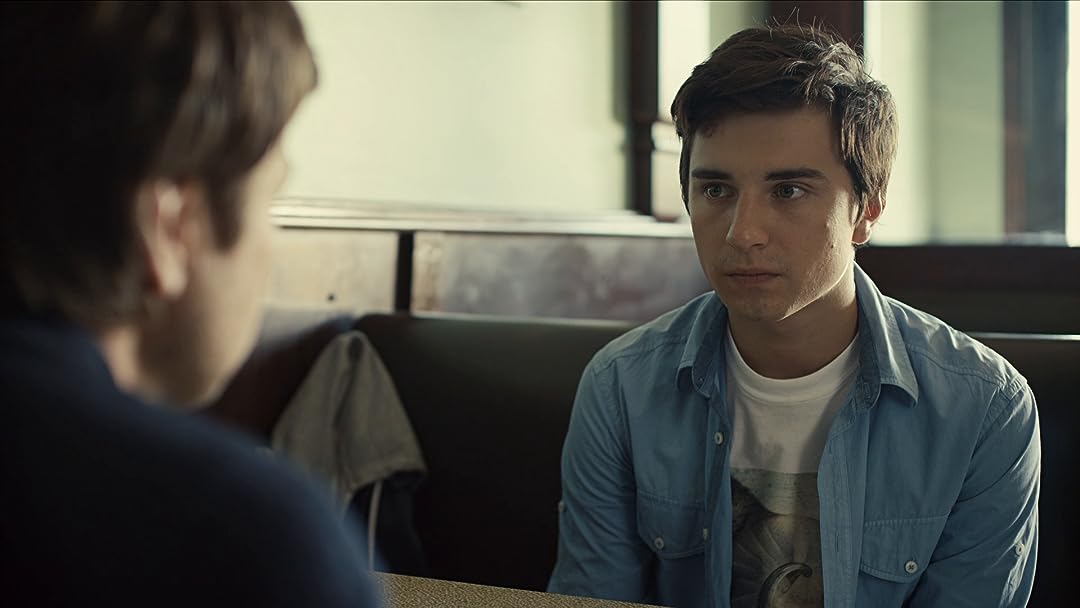 (72)
5.81 h 27 min201418+
Maurice Lesmers, a gay actor and teacher, finds himself lost in translation. Fleeing a troubled past in France, he seeks refuge in Northern Ontario. But things get complicated after he begins tutoring French to 15-year old Allan, a shy student struggling at school. Maurice gets caught up in Allan’s world - risking everything to protect the student with an attraction to his European mentor.

Jared A. RoweReviewed in the United States on July 6, 2020
3.0 out of 5 stars
A story less complicated than it tries to be.
Verified purchase
"What We Have" wants to be a really good film. But it isn't because too much is revealed beforehand, regarding Maurice's flashbacks/dreams to his childhood. After the first one, the film assumes we don't get it. After a few more, we're beat over the head about why this lonely, French ex-patriate moved to northern Canada: to escape his past. Maurice is an actor in a community theater group, and he gives French lessons on the side. He also swims in a pool where several lanes are reserved for team training. Alan, a fifteen year old boy swimmer is being bullied by some of his team. He is also taking French lessons from Maurice, with a homophobic grandmother lurking in he background. It becomes obvious that Alan has a crush on Maurice. Maurice senses this, and to his credit, he doesn't manipulate the kid. Neither does he attempt to deal with his own attraction to the boy. He just files it away in his brain, where so many other secrets are stored. All of this and flashbacks too, yet Maurice keeps his cold composure to the few people who know him. Granny is not fooled. Her main concern is that Maurice is going to break Alan's heart. When all is said and done, we're not really surprised, because clues have been running all through the film, and they're not exactly subtle. It begins to appear that Maurice is not really as traumatized as it seems. He has identified himself as he is in the flashbacks/dreams, but when the opportunity arises when he can be that person, he doesn't. It's very difficult to feel one way or the other about him because he never tells us anything we don't already know.

The acting is very good, mostly low-key. The script is murky and presumptive, in that it doesn't give us the credit for being able to figure out, early on, what the big "secret" is. The photography does a good job of showing us what northern Canada is like, and why most of us probably wouldn't want to move there. It's a good contrast because it has scenes of wide open expanses under gloomy clouds, with very little distraction from people, cars or anything else. (Maurice has chosen to live in this vast landscape, yet his mind remains locked in a tiny space in his head.)

"What We Have" is not the most terrible film ever made, but for some reason the director doesn't always seem present. He also plays Maurice, so maybe he ought to have decided bewteen acting in the film or directing it, but not both. It doesn't work, and we feel it. Things move along enough so that boredom doesn't set in, but this could have been a better film had it been a little braver.

Emile NelliganReviewed in the United States on May 16, 2021
5.0 out of 5 stars
A tragic love story beautifully filmed
Verified purchase
Sad film about love and acceptance. I could identify with Maurice as he tries to make a new life as a gay man in North Bay, Canada.

The bullying that Allan, the student that Maurice is tutoring in French, by his swim mates is disgusting. Unfortunately there is truth to it in Canada and the US.

Maurice is attracted to the manager of the theater company that he works but the relationship does not grow because of Maurice’s desire to help Allan come to grips to who he is. The most heartbreaking scene is when Maurice is taken away by the police, he does not acknowledge the desperate cries of Allan.

All the actors are excellent. Their roles are well defined. Both Maurice and Allan perfectly express their interior turmoil and frustration at man’s inhumanity to his fellow man. It breaks my heart when I see a film that underlines that because I know that I know it is so true.

There is no resolution at the end of the film. But such is life. Everything does not have a definitive happy ending. In this film we are left hanging and unsatisfied. That is also how it goes in life.

I thoroughly enjoyed this film. I waited a long time to watch it, having purchased it a few years ago, but it was worth the wait.

westignycReviewed in the United States on September 16, 2016
5.0 out of 5 stars
This Is a Thoughtful and Interesting Look at Self-Realization for Gay People
Verified purchase
Most of us who identify ourselves as gay knew very early on that we are. The passages through fear and prejudice may have arrived at something akin to more acceptance by those who think it is something we did to ourselves, but we're not there yet. In far too many places, even in the so-called developed world, gay is still considered to be a perversion, to be stamped out. This film looks into the heart just how needy younger people are for love and acceptance.
12 people found this helpful

gordon powellReviewed in the United States on March 26, 2017
2.0 out of 5 stars
Boring and "G" rated.
Verified purchase
French tutor has HS kid crush on him while working on his own childhood issues. The movie is slow, boring, and annoyed me by having NO ENDING after nothing happens anyway. Boring and "G" rated.
7 people found this helpful

opera loverReviewed in the United States on August 20, 2019
3.0 out of 5 stars
No subtitles on the streaming version
Verified purchase
In spite of the "closed caption" in the description and the "subtitles" submenu with English and Off available, there are no subtitles. Your French (if you're a native English speaker as I am) had better be darned good if you're going to keep up, especially when the characters get annoyed with each other. I contacted Amazon Customer Service who told me to watch it in a browser. Ok, I tried it, even though I do NOT watch films on a computer much less my phone. Still no subtitles. Customer Support concluded there ARE NO subtitles. As to the film itself, I'm not through yet, so I can't offer criticism on the cinematics.

Thomas L. GandetReviewed in the United States on November 26, 2021
1.0 out of 5 stars
Requires understanding of French
Verified purchase
This film looks lovely - The director and male lead, Maxime Desmons, plays an older French teacher who is hired to to tutor a young, rather generic 15 year old boy, ably played by Alex Ozerov, who develops a naive crush on his tutor. The acting is good. What killed it for me is the lack of English subtitles despite the fact that most of the dialogue is in French. Even more frustrating is that there are some English subtitles but they are for only the English dialogue! Dekkoo's description says that there is English subtitles. Not.

Tom GeorgeReviewed in the United States on November 11, 2017
5.0 out of 5 stars
Excellent Film
Verified purchase
Very surprised by some negative feedback. I thought this movie did an excellent job handling some very sensitive topics, Excellent character development and acting.
3 people found this helpful

Will R. JohnsonReviewed in the United States on May 24, 2018
4.0 out of 5 stars
Four Stars
Verified purchase
Not what I'd expected; but it did have its enjoyable moments.
See all reviews
Back to top
Get to Know Us
Make Money with Us
Amazon Payment Products
Let Us Help You
EnglishChoose a language for shopping. United StatesChoose a country/region for shopping.
© 1996-2022, Amazon.com, Inc. or its affiliates