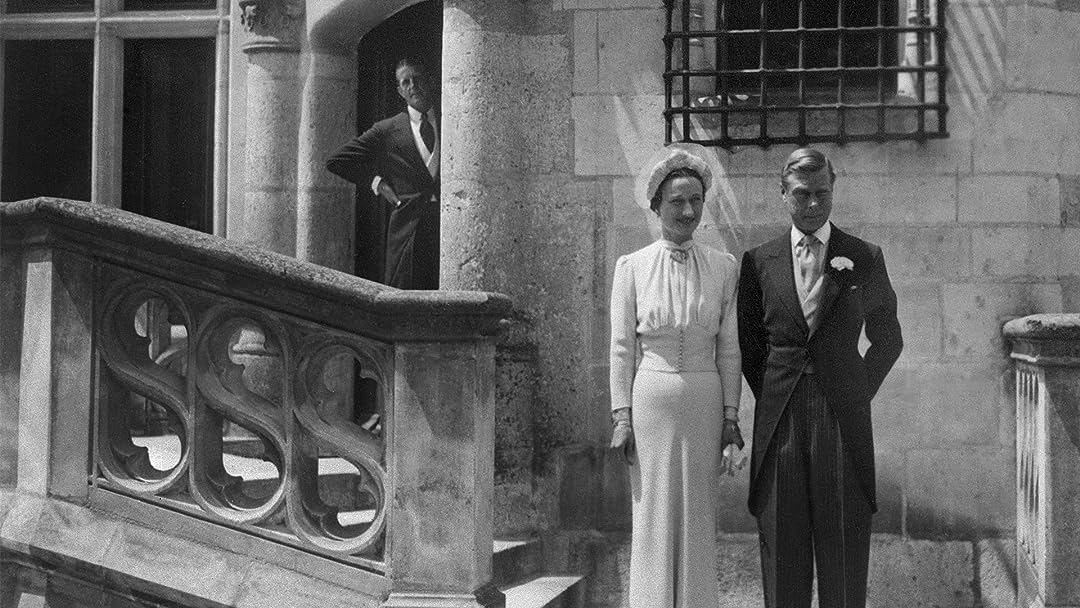 Whatever Happened to The Windsors?

RHGReviewed in the United States on December 15, 2016
5.0 out of 5 stars
Very well done project
Verified purchase
I thought that Prince Edward did a wonderful job on this program. It was done with taste, with class, and for once it was more even-handed regarding the Duchess of Windsor's character and behavior rather than being the predictable "let's hate Wallis" event. I appreciated this more thoughtful approach.

I also was extremely impressed with Prince Edward's writing, producing, and presenting skills. (Particularly the latter.) His voice is pleasant, his manner is polished, and he obviously has considerable talent in this area. He should do more projects. What a pleasant discovery he was to me. Greetings from across the pond !

Rae ParmeterReviewed in the United States on January 25, 2017
3.0 out of 5 stars
Prince Edward does a nice job as the narrator of this couple but chooses ...
Verified purchase
A sanitized version of both the Duke and his wife. Prince Edward does a nice job as the narrator of this couple but chooses to omit many documented acts of self serving incidents before and after the abdication. As Prince of Wales he wrote to his married lover how he wanted her to divorce and run away with him and often told his married lovers he didn't want to be king. they say that Edward was the first royal to be in touch with the people yet Bertie was nicknamed the industrial Prince due to his usually unannounced factory inspections. Prince Albert also founded his camps for young men from both the aristocracy and factory boy's to come together as equals. Prince Edward on the other hand spent considerable time seducing women and entertaining aristocrats many with fascists ideals. He felt like many that Hitler and Mussolini were good leaders and also voiced that in a war with Germany Great Britain would certainly loose. There is evidence that even as King he had an unfortunate habitat of leaking security details to hostile governments. He after abdication as a Major General still could not keep his mouth shut. He let the Italians.know that a train derailment had shown Nazi Germany sending war materials to Italy and on another incident let the Germans know that in the crash of a Nazi plane the plan for the invasion of France had been found leading Hitler to change the battle plans.
As he quibbled with the government over his wife's title other Englishmen were fighting and being killed for King and country. He seems to have never matured past the age of 13. He committed crimes during the war involving currency exchange.he got away with it.

it's funny though that in renouncing the crown and claiming to just live as a private person he still expected all the perks of being royal he just didn't want the responsibility of Kingship. He insisted everywhere he was to have all the honors of a King.

as for the current Prince Edward's explanation of papers retrieved from Germany yes papers were retrieved but not the ones he mentioned. The papers be spoke of between Queen Victoria and Vicky the mother of Kiser Wilhelm II had been smuggled out of Germany shortly before Vicky died.
the film was interesting but rather obviously glossed over. All things considered Prince Albert Duke of York was a much better man and King than King Edward VII
50 people found this helpful

LeeAnneReviewed in the United States on January 6, 2019
5.0 out of 5 stars
Prince Edward does a great job
Verified purchase
Prince Edward does a splendid job narrating this as well as having interviews I've not seen before. The Prince does this with class and respect. Warning?, Prince Edward glosses over a lot! I found this to be a refreshing take. He wanted to look at the unknown parts in the life of his Great Uncle David, a.k.a. The Duke and his wife, Duchess, aka Wallis Simpson. The show depicts the positive, fun, and glamorous life that was posted in papers. The love and respect from friends and employees interviewed here tells a lot. We tend to make The Duke and Duchess out to be villains. Here we see parts of what the world did not know. The personal anguish of "what could have been, how much they didn't have and the behind the scene friends who made this couple seem glamorous and rich. Yes we all know about the Dukes being with married women, his abdication, his and his wife being friends with Hitler, and so on. These are included, just in a different way. They were human beings, and loved by his Family. The Family may not have liked them or their actions, but they did love him. Prince Edward is not asking for sympathy or excuses.. . I say give this a try.
3 people found this helpful

SeakoReviewed in the United States on September 18, 2018
3.0 out of 5 stars
A splash of white wash
Verified purchase
When I saw that Prince Edward was the narrator/investigator I was suspicious of a white wash. I wasn't very far off. There is documented evidence that Edward was a collaborator with Hitler. Wallace was known to be a lover of the German ambassador while she was with the Prince of Wales.To put forth the idea that he went to fight foe a peaceful solution is absurd. He had been out of touch with the ministry,his family knowing nothing about what was going on in Britain. Man of the people? He cared more about drinking and dancing blowing off commitments to go off trapsing with Wallace. I do believe Wallace cried when he said he would abdicate.I dont think she really wanted to marry him.she got stuck because he was so unstable he would have killed himself had she left him.
7 people found this helpful

Kindle CustomerReviewed in the United States on February 5, 2020
3.0 out of 5 stars
Papering over the cracks
Verified purchase
Prince Edward is a good presenter and does a good job with the material he works with . But this is an obvious attempt by the Royal Family to try to paper over the more and more evidence that shows that if the Duke was not a active traitor, he was at best careless with state secrets multiple crucial times and utterly selfish. He was definitely not the misunderstood guy that the press wrote lies about that Prince Edward is trying to portray him as. He wanted all the perks and fun of being the King without any of the responsibilities and work that was needed. He put himself and his wife over the welfare of his country. Can you imagine how Britain would have fared if he had stayed as King?
2 people found this helpful

WilfReviewed in the United States on June 14, 2018
4.0 out of 5 stars
A well done documentary, history, with a lot of details
Verified purchase
Prince Edward is a natural and does a very good job in this documentary. The Duke wanted his cake and eat it too. I do think Wallis Simpson really didn't expect him to abdicate and then was stuck with him when he did. She foresaw the problems of their becoming a pariah. She overplayed her hand when she knowingly got involved with him, but he overplayed his plan believing he would always have his families blessing and felt entitled to certain privileges. Simpson was a ladder climber, but I think it completely backfired on her and she lost her husband over it and ended up with a very needy husband. In the end, he died basically alone in his room with his caregiver and she ended up for years in the hands of caregivers who stole a lot of items. Really sad, sad story. On another note - but related, there are 2 women on youtube who claim to be the Dukes children. They are elderly now, but one of them really looks like him.
5 people found this helpful

TinaReviewed in the United States on December 25, 2017
5.0 out of 5 stars
When your namesake is known all over the world....you have to find out who they were
Verified purchase
A little flattering of the Duke and Duchess, maybe,, but interesting all the same. The one on one interviews with those who spent the most time with the Windsors in later life are quite lively, and informative. A good motto for them might have been "Be careful what you wish for, you might get it"; they got each other, but had to say good bye to almost everyone else.
4 people found this helpful

BluestoneReviewed in the United States on June 27, 2021
5.0 out of 5 stars
King Feckless meet Prince Feckless
Verified purchase
Very entertaining. All the pearl-clutching about "what he gave up" to marry Simpson overlooks a very inconvenient fact: the king of England's job is basically acting as a good will / trade ambassador. They have no real power. The future king was lucky to get out. My favorite parts were the snide innuendos about Simpson -- "many worse things were said about her as well" -- get a life, mate. She's dead. He's dead. The only one truly feckless here is the royal presenter reassuring viewers that he's seen incriminating documents and they cleared his family of any wrongdoing.
See all reviews
Back to top
Get to Know Us
Make Money with Us
Amazon Payment Products
Let Us Help You
EnglishChoose a language for shopping. United StatesChoose a country/region for shopping.
© 1996-2021, Amazon.com, Inc. or its affiliates