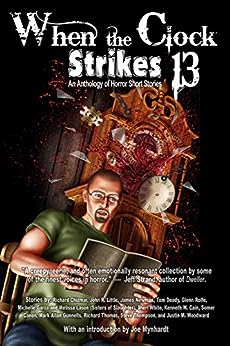 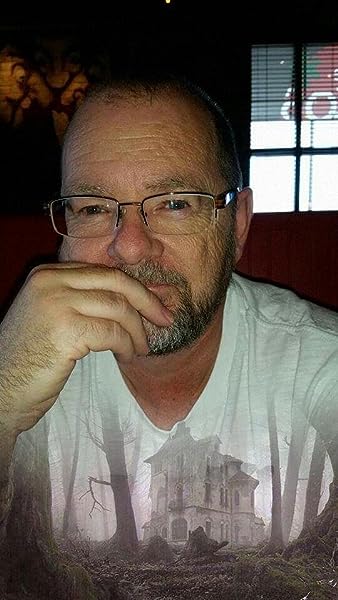 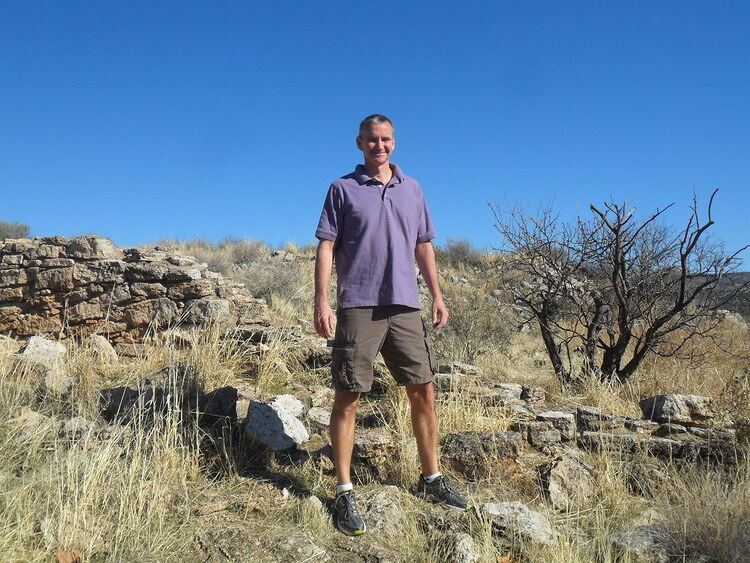 When the Clock Strikes 13 Kindle Edition

Madelon Wilson
VINE VOICE
5.0 out of 5 stars Triskaidekaphobics Beware
Reviewed in the United States on May 1, 2019
Verified Purchase
Short stories are snacks for the brain, tasty little treats that tantalize.

I have said before that it is difficult to review anthologies for a number of reasons. First and foremost, at least in my mind, is it's hard to make a point about a story without doing spoilers. I don't do spoilers. The second problem with reviewing an anthology is multiple authors. Of course, that problem goes away when all the authors tell good stories and the editor does a great job of editing.

When reading an anthology, it is always a good idea to start with the Introduction. In the case of WHEN THE CLOCK STRIKES 13, the introductory notes give a pretty good synopsis of the reasons so many suffer from triskaidekaphobia. All warnings aside, the intro is balanced by the good side of 13 as well.

Here is a list of the stories contained in the book with a couple of words that reflect my thoughts upon reading them:

“Memories” by John R. Little - some decisions are more difficult than others

“Detrition of War” by Kenneth W. Cain - someone once said, "war is hell."

“Taking Up Carpentry” by Justin M. Woodward - gimme some of that ole time religion

“Calm Down Time” by Richard Chizmar - the last shift

“When Arachnids Attack” by Sheri White - if creepy, crawlies make you itch…-

“A Song Above” by Glenn Rolfe - the aftermath

It is a rare thing to find an anthology as well-crafted as this one. Along with the horror in the stories, careful reading will expose a playful side to the editor and authors. Alongside the grim and gruesome, a little spark of whimsey will attack your brain. It might be subtle at first, but as you go from tale to tale, the fireworks may just ignite.

As a rule, I am not a huge fan of short stories. For the most part, I like my fiction long and involved. WHEN THE CLOCK STRIKES 13 is as satisfying a read as many a novel that I have read. Kudos to all the writers, and to an editor who had a vision and did a great job bringing it to fruition.

Eclectic Reader
5.0 out of 5 stars “Of Monsters, Murder, and Things Which Go Bump in the Night”
Reviewed in the United States on April 12, 2019
Verified Purchase
Edited by Kenneth W. Cain with an Introduction by Joe Mynhardt and an Afterword by Steve Thompson When the Clock Strikes 13 (2019) is a new anthology of, appropriately enough, thirteen original horror stories by a diverse collection of writers. Although some are award nominees and winners, for many readers the writers assembled may be quite well known while others are others not. The stories are also quite diverse in topic from hauntings to creepy crawlies, from creatures which should not exist to calamitous murder.

Mark Allan Gunnells kicks off the collection with “The Boy in the Pond.” A paranormal investigator is called by a family having seen the body of their five-year-old under the water of a frozen pond. The problem is the drowned boy had been found a year earlier and his body buried; it is his ghost that is under the ice—a ghost the family wants to be rid of—a ghost who has something very urgent to communicate.

It is human nature to try to escape from regret and grief sometimes leading to dire consequences, and the character in “Open Waters” by Richard Thomas is no exception. His unique addiction leads him down a path toward the inability to “differentiate between waking life and… dreams.”

In “Memories” John R. Little presents a couple suddenly facing a very personal, potentially tragic dilemma which is oddly resolved by a totally different domestic tragedy with a Back to the Future-like twist.

As if the war in Afghanistan isn’t a horror unto itself, Kenneth W. Cain introduces something even more dreadful than unending combat in “Detrition of War.” The fast-moving story has an American Muslim volunteer facing off with a dreadful terror capable of spreading its “infection.”

In “Comes the Red Man” by Tom Deady a therapist with twenty-five years of experience has just about heard it all and treated just about every kind of condition, but faith-healer Reverend Mather may be an exception. Therapy may not offer a solution to the evil which lurks behind the Reverend’s feelings of guilt and the deaths of “more than three hundred” and “over one thousand” injuries during a tent fire revival meeting over which Mather presides.

At a time when readers and movie audiences are almost getting used to love stories between humans and sea-like creatures, Somer Canon proves such love can have a very dark and deadly side to it—especially for young Lysia in “Mommy’s Girl”—complete with a few Lovecraftian overtones.

It is something much more pernicious than a raven doing “tap tap tapping” in Justin’s Woodword’s “Taking up Carpentry” and the consequences are most ironic as well as calamitous.

Steve Thompson’s “Kill Point Club” may be a warning about how some things (in this case, killing!) can become exuberant, addictive, messy, and lead to unforeseen consequences for a diseased mind. More than anything, however, it is a humorous, dark little comedy. Inside jokes utilizing other writers’ names and one of their book titles adds to the fun.

Sometimes monsters really do lurk in the darkness as a hapless widow discovers in Richard Chizmar’s tense, ironically entitled tale, “Calm Down Time.”

A father’s pride in his son glows from the darkness of James Newman’s “Carrion: My Wayward Son”—a darkness few writers pull off as well as Newman.

Unconditional love collides with counterfeit love and obsessiveness on a lonely stretch of highway in Phoenix during a monsoon in the haunting tale, “Bear” by Michelle Garza and Melissa Lason. In ways, the story is one of the collection’s most disturbing.

Having moved into an apartment infested with roaches is disgusting enough for Andrea and Joel, but it is nothing compared to when Joel first finds a little spider and its web in their cupboard in Sheri White’s “When Arachnids Attack.” Shorter than some of the stories in the collection, arachnophobes are going to be squirming their way through this one.

Twin brothers hide together for survival in a post-apocalyptic world in the final story in the collection, “A Song Above” by Glenn Rolfe. Much to their distress and dismay, the brothers discover “life evolves.”

Publisher Steve Thompson provides an insightful Afterword explaining how and why When the Clock Strikes 13 became to be and short biographies of the writers are provided at the end of the book.

As with many anthologies, readers are likely to prefer some of the stories in When the Clock Strikes 13 over others based upon the kind of horror they prefer. The author’s predilection and degree of profundity in their story may also play a role in reader preferences among the thirteen stories which range from the near simplistic to the more provocative. Most of the stories in the collection tend to reflect an author not taking themselves too seriously and in addition to “Kill Point Club,” readers will be quick to notice the same in-house joke running through many of the stories regarding one of the other writer’s name. All in all, When the Clock Strikes 13 is a light, fun romp through some biting horror.
Read more
2 people found this helpful
Helpful
Report abuse

D Surga
3.0 out of 5 stars is well written
Reviewed in the United States on August 17, 2019
Verified Purchase
stories were all good
Read more
Helpful
Report abuse
See all reviews