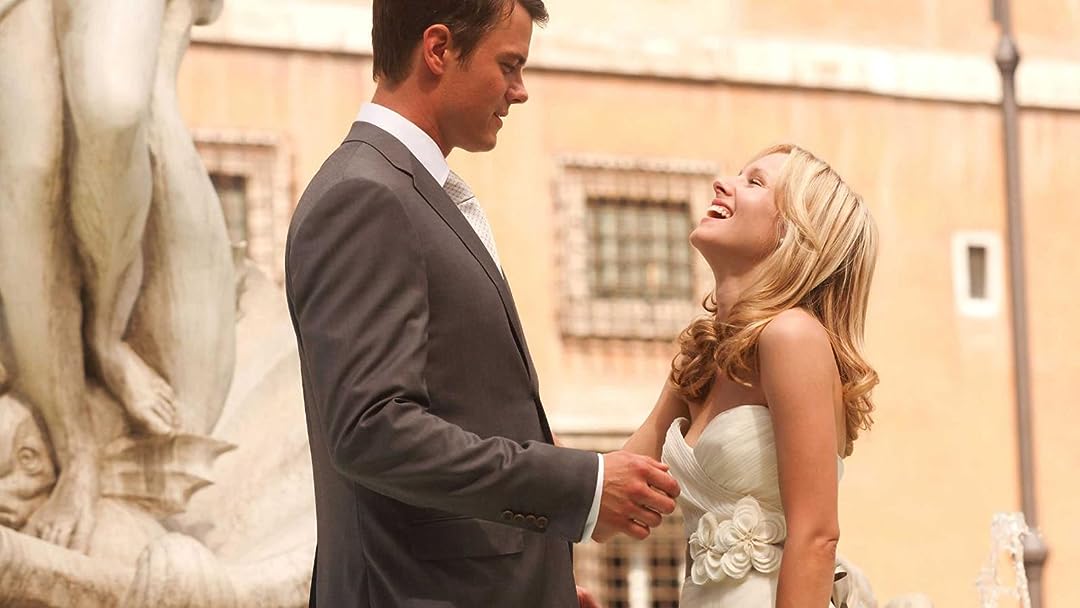 ikwiReviewed in the United States on November 17, 2021
2.0 out of 5 stars
Could've been so much better
Verified purchase
A star-studded cast, but a pretty bad film overall; I struggled to finish it. So many great actors, most of whom were given nothing to do. I love romantic comedies, but this one just didn't work. The two leads had very little chemistry; the plot was asinine; there were funny scenes, but overall the movie execution was choppy and forced, with no real heart. I'm giving three stars instead of two because Duhamel gave a solid performance, as did a couple of the supporting cast.
One person found this helpful

kathleenReviewed in the United States on June 19, 2022
1.0 out of 5 stars
Stupid movie ...only plus are the scenes in Rome
Verified purchase
Honestly this is movie is just stupid. The story line if you can call it that just stupid. The dialogue...again stupid. Hard to get thru but it was a boring night. Do yourself a favor and don't bother with this movie. Your time in too valuable. Cannot recommend this movie.

K_Riley79Reviewed in the United States on March 19, 2017
5.0 out of 5 stars
I love this movie
Verified purchase
I love this movie. Yes, there are a couple cringe-worthy moments (Danny DiVito as the sausage king!) but it is a guilty-pleasure. The story is comical, even if the acting isn't superb. Kristen Bell delivers a solid performance as a frustrated reject, determined to "save" a handful of strangers from the "certain death" which one may find in love (as she has/had). What follows is a conundrum of slapstick/idiotic hullabaloo from five people magically in love with her.
5 people found this helpful

Richard SmithReviewed in the United States on May 5, 2018
1.0 out of 5 stars
More postmodern ritual, subversion babble.
Verified purchase
Grotesque parody of a romantic comedy. For instance, a man says he want to give Bell his heart, and he then rips his heart out his chest. The film is mostly one surreal scene after the other. If you want to see a great Kisten Bell film, get “You Again.”
7 people found this helpful

D. LaRocqueReviewed in the United States on April 20, 2020
3.0 out of 5 stars
Fun watch - horrible soundtrack
Verified purchase
Quite the who's who on the cast, and pretty entertaining (if predictable) fun. Josh's antics had me laughing out loud. But, what ruins the whole thing is the super-corny, sub-par soundtrack music. Inconsistent editing, odd combination of tracks tossed in, and the overall B-quality feel of the soundtrack just plain ruined the fun of an otherwise pretty decent movie.
One person found this helpful

TrevMReviewed in the United States on October 18, 2021
4.0 out of 5 stars
Great quality DVD, movie is OK
Verified purchase
I really liked this movie years ago. Watched it again and was not as smitten with the story. It has it's moments and you will laugh, but it is not one of my go to chick flicks. The DVD quality is great. Not a cheap flimsy one so it has that going for it.

Judith AgeeReviewed in the United States on July 11, 2010
5.0 out of 5 stars
Thoroughly Fun Entertainment
Verified purchase
Kristen Bell is delightful. This young woman lights up the film.
This movie is totally without vulgarity and stupid sophomoric humor. That is so refreshing these days.
The cast of supporting characters are absolute fun. I loved every goofy one of them. And Danny Devito is so so sweet in this film. Beth, a women in love with her career and afraid of commitment flies to Rome for her sister's wedding. While there she cavorts in a fountain known for it's effect on wishes of love. After that it is a wonderful, lighthearted romp of wacky
suitors and madcap situations. Can lightening storms and blackouts and clown cars keep Beth and the possible love of her life apart. Watch and see. Mushy and wonderful. I thoroughly enjoyed this.

Yvette AsercionReviewed in the United States on February 14, 2022
3.0 out of 5 stars
Very Entertaining
Verified purchase
One of those ROMCOMS that may not be the best... However, being set in historic Rome and of course New York city; it's probably why it is such a charming movie. Kristen Bell solidifies her ability to bring life to a movie and Josh Duhamel has comedy chops. This is considered to be my comfort movie.
See all reviews
Back to top
Get to Know Us
Make Money with Us
Amazon Payment Products
Let Us Help You
EnglishChoose a language for shopping. United StatesChoose a country/region for shopping.
© 1996-2022, Amazon.com, Inc. or its affiliates