You've subscribed to October Daye! We will preorder your items within 24 hours of when they become available. When new books are released, we'll charge your default payment method for the lowest price available during the pre-order period.
Update your device or payment method, cancel individual pre-orders or your subscription at
Your Memberships & Subscriptions
There was an error. We were unable to process your subscription due to an error. Please refresh and try again. 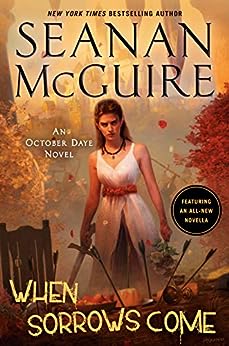 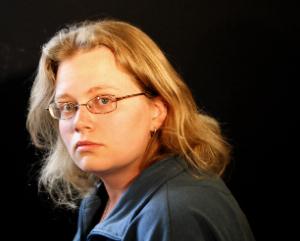 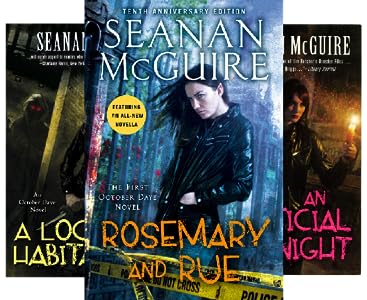 Praise for the October Daye series

"The top of my urban-paranormal series list! I am so invested in the worldbuilding and the characters.... The romance is real and awesome, but doesn't overshadow the adventure." —Felicia Day

"The 13th outing for Daye is just as fresh and exciting as the first. McGuire has built a complex world, where seemingly loose ends are woven tightly into the series. Highly recommended." —Library Journal (starred)

"October has evolved from an embittered loner into a fierce protector of her chosen family, making for a richly emotional tale filled with series-standard fare of adventure, intrigue, and blood-soaked mayhem." —Publishers Weekly

"The worldbuilding in this series has astonishing depth, and Night and Silence is no exception—12 books in, McGuire is still giving readers fascinating new pieces of the Faerie puzzle." —Booklist

"I can't believe McGuire can come up with another adventure as riveting as this one. But then I say that after every book in this series." —SFRevu

"Prepare to be dazzled.... Like the best of urban fantasy, with each reveal and mystery solved, Toby's world grows ever more enticing. As seductive as Faerie itself, this is one series I could never give up." —All Things Urban Fantasy

"These books are like watching half a season of your favorite television series all at once.... More than anything else, it's the fun of it all that's kept me returning to McGuire's books and to this series." —SF Signal

"The plot is strong, the characterization is terrific, the tragedies hurt...and McGuire's usual beautiful writing and dark humor are present and accounted for. This has become one of my favorite urban fantasy series." —Fantasy Literature --This text refers to the hardcover edition.

Seanan McGuire is a Hugo, Nebula, and Locus award-winning author. October Daye is her first urban fantasy series, and InCryptid her second, both of which have put her on the New York Times bestseller list. She is the first person to be nominated for five Hugo Awards in a single year. --This text refers to the hardcover edition.