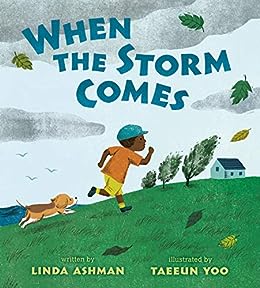 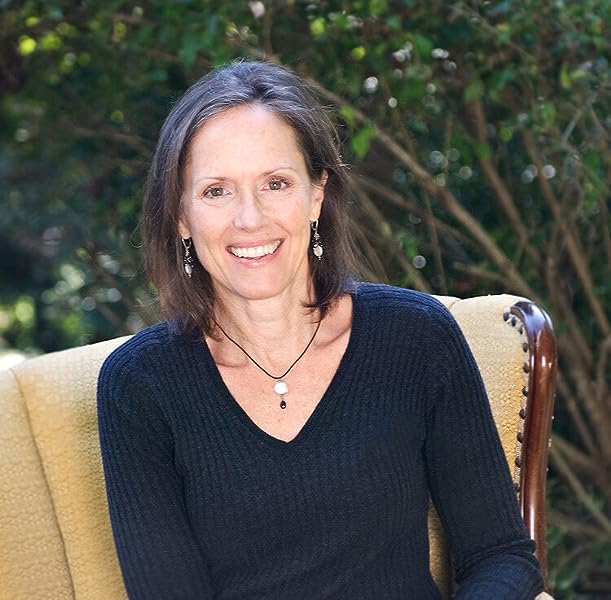 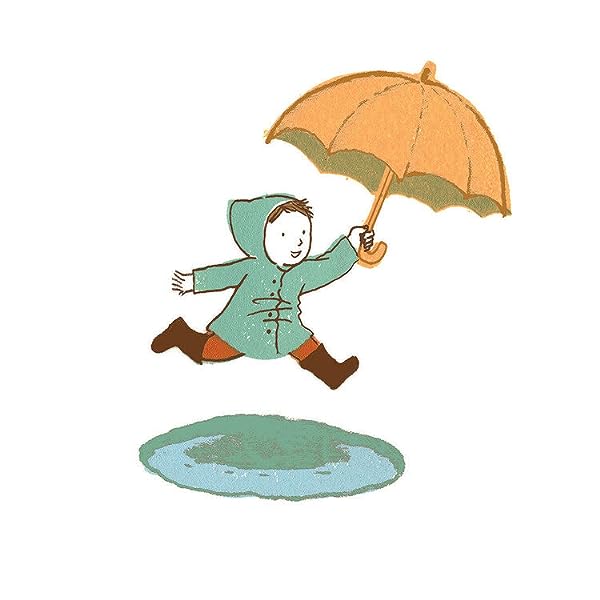 When the Storm Comes Kindle Edition

“Weathering storms is best done together. . . . The humans portrayed comprise a diverse, multiracial cast while the animals include family pets, whales, rabbits, birds, and bees. Yoo's friendly illustrations have a soft visual texture, and while the palette darkens considerably at the height of the storm and some characters register alarm at the thunder and lightning, the art overall creates a cozy, safe feeling. Yes, Ashman's rhythmic couplets are about a literal thunderstorm bearing down upon a coastal community, but it could well be read metaphorically as it depicts the strength found in facing challenges together. Picture perfect whatever the weather.”—Kirkus Reviews

“The author of many picture books, Ashman once again shows her sure hand in writing rhymed verse that flows well and provides a satisfying narrative. Yoo’s colorful, expressive illustrations, created with pencil and digital elements, dramatize the storm’s power as well as its effects on people and animals. A fine read-aloud choice with many visual details to observe and discuss.”—Booklist

"There’s a storm approaching, in this rhyming narrative, and people and animals are preparing. . . . Ashman’s poetry is gentle yet precisely metered, and the treatment of storms at sea as well as land and the focus on both animals and humans bring additional perspective to the exploration. Digital and pencil art has the grainy texture of prints and the blocky flavor of collage; the setting is a small coastal town with a New England flair, perfect for the shifts between shore and ocean and picturesque in white clapboard houses and green hills. Use this in a weather unit, or share it to soothe the nervous as storms roll in."—The Bulletin for the Center of Children's Books

“This engaging picture book describes the reactions of the denizens, human and otherwise, of a small seaside community as a storm approaches, rages, and abates. . . . Digital and pencil illustrations begin with a subdued palette, darken to deep purples and grays midstorm, then switch to cheerful hues in its aftermath. The scenes range from cozy to dramatic especially on a striking double-page spread of the storm at its height, lightning flashing and forking. The lilting, lively verse is unfailingly appealing. . . . The same animals and humans recur, allowing viewers to keep track of their favorites throughout the book.”—The Horn Book

“As a large storm approaches, a diverse group of animals and people prepare and take shelter. They stay safe and secure and enjoy good company while the rain and winds rage outside. . . . Yoo’s digital and pencil illustrations convey the storm’s sights and sounds. Everyone can be affected by this overwhelming force of nature, and only by working together can they come out unharmed. This poetic picture book prepares children for storm season with its helpful formula and assurances.”—School Library Journal

Taeeun Yoo (taeeunyoo.com) received an Ezra Jack Keats Award for Only a Witch Can Fly (by Alison McGhee), which was also named a New York Times Best Illustrated Children's Book of the Year. She has illustrated several other picture books, including Tua and the Elephant (by R. P. Harris) and You Are a Lion! And Other Fun Yoga Poses, which she also wrote. Taeeun lives in Seoul, Republic of Korea. --This text refers to the hardcover edition.

4.7 out of 5 stars
4.7 out of 5
15 global ratings
How are ratings calculated?
To calculate the overall star rating and percentage breakdown by star, we don’t use a simple average. Instead, our system considers things like how recent a review is and if the reviewer bought the item on Amazon. It also analyzes reviews to verify trustworthiness.
Top reviews

CM
4.0 out of 5 stars Lovely Picture Book About How Creatures Respond to Storms
Reviewed in the United States on May 26, 2020
A rhyming picture book asking the reader what do they do when a storm comes rolling in. The story is set against a seaside village and shows us how people and animals such as birds, rabbits, whales and others protect themselves from thunderstorms.

The images are created used digital and pencil drawings in sea-tone and storm-tone colors: blue-grey to show an overcast day threatening to become even darker along with green and team to complete the look of a seaside town. Yellows illuminating from the window of home. A vivid white also makes a splash in the crest of breaking waves, but is also the predominant color of the sheets of rain pouring from the skies.

Even though the narrative is about what creatures of all types do to protect themselves when a storm comes in, the colors, rhyme and peaceful village together present a lovely, calming story that makes you feel safe and secure from wherever you read from.

Thanks to Edelweiss and Nancy Paulsen Books for the advanced reader copy and opportunity to provide an honest review.

NC customer
5.0 out of 5 stars Perfect.
Reviewed in the United States on September 25, 2020
Love everything about this book! My 2.5 year old makes us read it every night.
Read more
Helpful
Report abuse
See all reviews