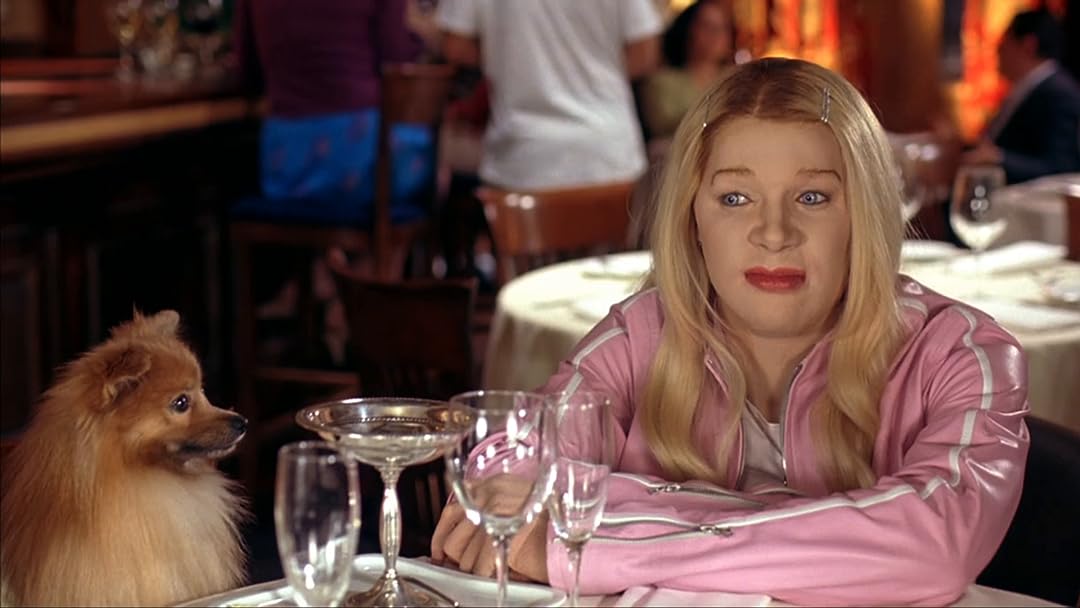 Amazon CustomerReviewed in the United States on November 21, 2019
1.0 out of 5 stars
Tired of all the politically correctness these days!
Verified purchase
I found this to be horribly offensive. Since when is it ok for black men to put on “White Face” for comic relief & satisfaction at the expense of caucasioans?
Not only is this movie promoting modern day racism, but these actors are exploiting the confusion of men who think they’re women or men that want to be women or black men that want to be white women all for a laugh... I’m sooo confused now.
Seriously though, I think this movie is just stupid but it makes my kids laugh soooo that makes me happy.

joel wingReviewed in the United States on August 23, 2019
5.0 out of 5 stars
Its' become a comedy classic
Verified purchase
White Chicks has become a new classic for young people. It featured Marlon and Shawn Wayans posing as Brittany and Tiffany Wilson, two socialites that might be targeted for a kidnapping. The Wayans go in full body suits to portray the two sisters at events for the rich and famous in the Hamptons. Along the way they run into the Wilson’s entourage as well as their arch rivals the Vandergeld sisters.

Things are over the top and full of laughs from the start. The opening for example, has the Wayans posing as two Latin bodega owners trying to bust drug deals but end up arresting the men delivering ice cream. The Wayans again are in heavy make-up and do a ridiculous act singing lyrics to songs like La Bamba. When they get to the Hamptons they get in a mama joke fight with the Vandergeld’s, a NBA star Latrell Spencer (Terry Crews) becomes obsessed with one of them, and they do a hip hop dance battle in a nightclub to name just a few of the memorable scenes. Of course, there’s also “A Thousand Miles” by Vanessa Carlton that almost anyone that’s seen the film knows, and many can along sing to as well.

The movie was directed by Keenon Ivory Wayans the elder brother of Marlon and Shawn and one of the comedy “godfathers” of the family.

I’ve seen this film dozens of times and I still laugh every time.
C

mark connellReviewed in the United States on August 14, 2020
1.0 out of 5 stars
Not the original version, I was disappointed.
Verified purchase
I have seen this movie 5 times on Netflix before purchasing this movie on Prime video. I was disappointed to find that after I had purchased and watched almost the entire movie, I noticed that small bits and pieces of this version of the movie had been edited out. There is nothing in the biography or summary or title that says this was an edited version. It was a waste of $13 considering I was expecting an unedited version and didn’t get what I was paying for.
20 people found this helpful

sherriReviewed in the United States on November 14, 2018
5.0 out of 5 stars
HILAROUS!
Verified purchase
Side splitting comedy and the Wayan brothers are too funny together! I have watched this movie many times and it never gets old. My daughter is 14 and it is one of her favorite movies. Definitely great if your looking for a really funny and entertaining movie.
19 people found this helpful

Vicki ChapmanReviewed in the United States on September 3, 2019
5.0 out of 5 stars
Great film
Verified purchase
Funniest movie. Makes a stand on girl bullying and shaming. Also how pretentious some people are who have money OR think they have money. I don’t know if the guys intended it this way, but it sure gets a point across about some issues today. Some people may not like some statements in it , but this was made when society wasn’t so sensitive as today. I hope they make another film. And Terry Crews has to be in it.
12 people found this helpful

ChereenReviewed in the United States on July 19, 2020
3.0 out of 5 stars
Terry Crews is the best part
Verified purchase
I wanted to watch this because Terry Crews was in it. I really like Terry Crews as a person and as an actor. The only funny parts were when Terry Crews was on the screen. Especially the part where he was singing "Thousand Miles" in the car with one of the "white chicks". I love that part! The rest of the movie was ok.
3 people found this helpful

Life of YoomsReviewed in the United States on March 14, 2021
5.0 out of 5 stars
BONUS CLIPS & EXTRAS
Verified purchase
I remember watching this in my teen years and enjoyed it very much. I had bought this as a gift for one of my family members and he enjoyed it as well. We watched it together and there were some scenes which weren't in the theaters. So it was a extra scene, I guess. There were also deleted scenes and bonus clips (bloopers). If you've never seen this movie, then I'd recommend purchasing this movie and watching it with the entire family (age 18+). Not suitable for children and young teens (unless your parents allow them to watch). This movie is definitely a comedy. Really, really funny!!
3 people found this helpful

Joseph SReviewed in the United States on December 13, 2017
5.0 out of 5 stars
one of the wayans' funniest movies.
Verified purchase
such a funny movie starring Shawn and Marlon Wayans. this was one of their funniest movies since the first two scary movies'(they were only in 1 and 2 for some reason. they play as undercover cops who have to become women in order to solve a case. overall outrageously funny.
16 people found this helpful
See all reviews
Back to top
Get to Know Us
Make Money with Us
Amazon Payment Products
Let Us Help You
EnglishChoose a language for shopping. United StatesChoose a country/region for shopping.
© 1996-2021, Amazon.com, Inc. or its affiliates