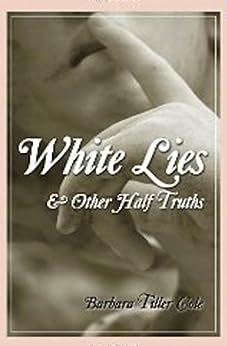 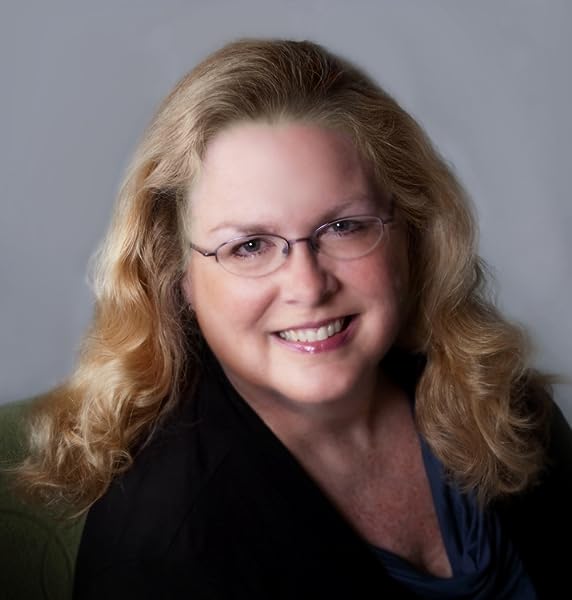 White Lies and Other Half Truths Kindle Edition

by Barbara Tiller Cole (Author) Format: Kindle Edition
See all formats and editions
Sorry, there was a problem loading this page. Try again.
Barbara Tiller Cole shines a comedic, sexy light on the characters of Jane Austen's Pride and Prejudice, turning it into a delightful romp. Open the pages and take a look at maiden fears, the consequences of white lies, and the hope for redemption. If Fitzwilliam Darcy were alive today he would say, "If Jane Austen had written a Regency Sex Manual, this would be it!" Elizabeth Bennet would have said, "A fun, light, sexy yarn! What I would give to be taught by Professor Darcy!" Take a delightful journey with your beloved characters as you read this delightful farce!
Read more
Previous page
Next page

A native of the Atlanta area, Barbara Tiller Cole is a long time fan of the writings of Jane Austen. This, her first book, is a tribute to her favorite author. --This text refers to the paperback edition.

Barbara Tiller Cole grew up in Decatur, Georgia with a mother who consistently inspired her to expand her mind through extensive reading and a father who gave her the unconditional love to encourage her to accomplish all that she could with her life.

A therapist and clinical manager by day, Barbara has been inspired by the works of Jane Austen and today calls herself a Darcyholic. She has been received many awards during her life including being names a Kentucky Colonel and being in various Who’s Who listings including Who’s Who in American Women.

In discussing her love for the works of Jane Austen that have inspired her writing she has said, “Her language of romance opens up my heart. Writing makes my wings take flight as I soar with the Red-Tailed Hawk that lives on my lake, here on my little piece of paradise in the deep South."

Her next novel 'Adventures of a Darcyholic', a modern romantic comedy, will be released the Fall of 2012.

3.8 out of 5 stars
3.8 out of 5
42 global ratings
How are ratings calculated?
To calculate the overall star rating and percentage breakdown by star, we don’t use a simple average. Instead, our system considers things like how recent a review is and if the reviewer bought the item on Amazon. It also analyzes reviews to verify trustworthiness.
Top reviews

Carol
5.0 out of 5 stars White Lies and Other Half Truths
Reviewed in the United States on February 26, 2015
Verified Purchase
This was a very different variation of Austen's Pride and Prejudice. Tom Bennet was best friends with George Darcy and Edward Fitzwilliam. The three were at Eton and Cambridge together and were inseparable. The secret that Tom Bennet, Fanny Bennet, and Anne Darcy shared would haunt their lives forever. When Tom left Pemberley, George Darcy was sad that he had lost his old friend that he considered a brother. He wasn't sure why he left, but both he and Edward felt that Catherine and Anne had something to do with his leaving. He was Fitzwilliam's godfather, and Catherine thought because of Fanny Bennet's connection to trade, he was unsuitable. When Darcy was caught in the library kissing Lizzy by Mr. Bennet, he realized that his and George Darcy's hopes would come true. Although he would not force a marriage, he realized both Lizzy and Darcy felt strong feelings for each other. As the story unfolds, Darcy realizes that Tom Bennet is the Tom his father and uncle had always talked about. Ha, ha, I'm laughing because when Lady Catherine comes to confront Lizzy after Collins' report of his failure to secure Lizzy in marriage, but she is betrothed to her nephew, Fitzwilliam Darcy. Instead of Lizzy, Tom Bennet is the only one home and this confrontation was to die for. It was payback time for Catherine's disapproval for years ago that separated friends. As the ghosts of the past are let go, Tom and Fanny who was not the silly wife and mother acted like, start again with the they had and lost at Pemberley so many years ago. Much love and vivid sex between Darcy and Elizabeth in this book, so if these descriptive scenes bother your sensibilities, don't read this book. The relationship between the families was worth the read.
Read more
Helpful
Report abuse

Dislikes: weird font sizes and changes; needs to be beta-ed and edited; Darcy's pet name for Elizabeth; Jane out of character with little development as to why (the same with the Colonel); some syntax and style trouble (occasional modern diction but not too much); occasional writing and/or JAFF cliches
Read more
Helpful
Report abuse

tontine
3.0 out of 5 stars How to pleasure your partner
Reviewed in the United States on September 6, 2012
Verified Purchase
Do not read this book at bedtime if you hope to get a restful night's sleep. It was an enjoyable read, if one overlooks grammatical errors and weird font size changes. It takes familiar characters and presents them in a new way. There is an abundance of sex in this book (both married and unmarried) and could well serve as a sex manual. I enjoy all of the many P&P "what if" novels that I have read, but this one takes Mr. Darcy and Elizabeth to places that Jane Austen could never have imagined. I give it three stars because it is a good read, but flawed by grammar and weird paragraphing. The plot is a little thin, but whooooooo (fanning myself) what is there is HOT. Her other book, Fitzwilliam Ebenezer Darcy was a lot more fun.
Read more
One person found this helpful
Helpful
Report abuse

Marcie
1.0 out of 5 stars I just don't know if I can read the last 50 pages
Reviewed in the United States on November 10, 2010
Verified Purchase
This is the thirty-first (31st) P&P "variation" I have read. Up until now, I had finished them all-- even one that was so awful that I tossed it into the garbage afterward (just too dreadful to donate to a library). With 50 pages remaining, I just don't know if I am going to be able to get through this one.

It is not just the nonsensical font changes and the typographical and grammatical errors (it is obvious that the author never took the time to read her own work, but she expects it of others?), but also the complete lack of plot.

I take that back; there is a minor subplot involving the back story of Mr. Bennet and **SPOILER ALERT** Darcy's parents. That's right, Elizabeth's father and Darcy's father were friends in this alternate universe. ***END SPOILER***

Unfortunately, no effort was given to developing a plot for the two characters named Elizabeth and Darcy. I say that they are so named, as they bear little resemblance to the Austen characters. If I have to read again about how Darcy laughed so hard that he cried, I will throw this one in the trash as well. Of course, none of the characters is anything like his or her P&P version. In my opinion, a good P&P variation captures the essence of the characters, with all of their pride and prejudices, but with a new or altered plot.

Along with plot, Ms. Cole has also dispensed with the pride and the prejudice. She replaces it with sex. I don't mind sex scenes in P&P variations, and I am not even offended by the more explicit ones that I have read, if they are well written. Alas, the sex scenes in this book border on the ludicrous. The author desperately reaches for any metaphor that she can find to describe the sex act. At one point, I didn't know if I were reading a novel or a book on music theory.

I had read the reviews, and I try to give authors the benefit of the doubt; but I must confess that I believe the reviewers that gave this novel 5 stars did not actually read it. I notice now how completely generic their "reviews" are. The only good thing I can say about it is that it has a nice cover, but it is obvious that the author spent more time selecting the jacket art than she did proofreading.

Overall, this is more like a collection of Penthouse letters than a P&P variation; except, even with the explicit sex, this novel is just downright dull. Without any plot to carry it along, it's boring.

I am going to go and try to finish it now -- wish me luck! I just didn't want to waste another moment without warning some unsuspecting reader before she made the same mistake I did. Save your money and your time. Life is too short. In fact, maybe I won't finish it after all.
Read more
2 people found this helpful
Helpful
Report abuse

Austen lover
2.0 out of 5 stars Not for the faint of heart but short.
Reviewed in the United States on September 22, 2009
Verified Purchase
Well, first the font changes were very disconcerting. I am an intelligent person and can tell if the book changes from the current time to flashbacks. It is a very short book for the money. It definitely is NOT a book for children, as the scenes between Elizabeth and Darcy are graphic in detail, but well written. I enjoy the premise that Mr. Bennett was financially savvy, as this is a different aspect of his character that I had not read in previous fan fiction.
Not sure this is worth the money, but for cheaper, could give the romance novel a run for the money, as the story line is interesting.
Read more
3 people found this helpful
Helpful
Report abuse
See all reviews