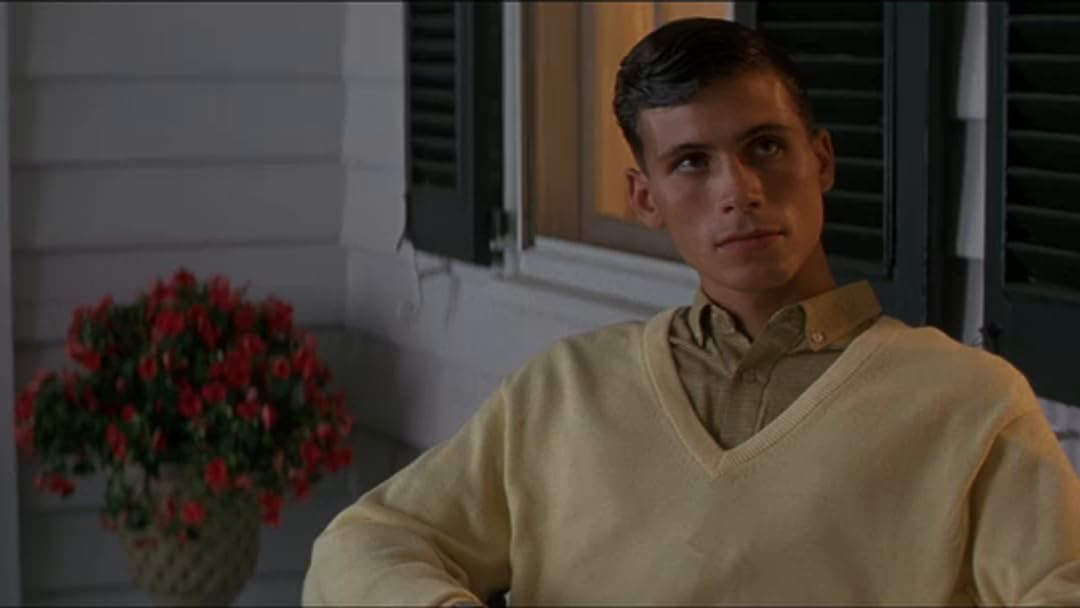 r3VOLutionReviewed in the United States on July 29, 2018
5.0 out of 5 stars
Recommended by Q
Verified purchase
I watched this after is was mentioned by #Qanon. It isn't the type of movie I would normally select but in the context of the #GreatAwakening it was very relevant to some current events that are happening or coming to pass. Did you know the bell on JFKs boat said Where We Go One We Go All ...just like in this movie! The movie was actually pretty good and entertaining. The acting was good. Let's hope the storm going on real time has a happier ending than this movie.
132 people found this helpful

timothy k. priceReviewed in the United States on January 19, 2019
5.0 out of 5 stars
Mostly true story, examples of Q terms used. See it twice to appreciate all the details.
Verified purchase
A Q post referenced this film, so watched it with that in mind. The dialogue uses many Q phrases, and the story is about the character-building shared when a group are dedicated to a worthy cause. Well worth watching, twice.
32 people found this helpful

Allen Garfield's #1 fan.Reviewed in the United States on March 2, 2020
4.0 out of 5 stars
Loved by audiences, hated by critics. Great adventure/coming of age movie.
Verified purchase
Undoubtedly, if Jeff Bridges was a dysfunctional junkie creep (or whatever) the critics would've loved it. Roget Ebert was the exception, he recommended it highly.

A Great performance by Bridges, playing (against type) a tough as nails captain. Lots of familiar character actors and soon to be famous young actors round out the cast.

Incredibly, this flopped at the box office. Of course, it has many fans who discovered it on home video - great word of mouth - everyone who sees this loves it. I'd describe it as Breaking Away meets A Perfect Storm.

The scenes in Caribbean ports-of-call are as authentic as you'll ever see in any film.

Based on a real-life memoir, this nautical rites-of-passage story set in 1960 sees a crew of teenage boys on a school ship maturing rapidly under the hard-but-fair tutelage of 'Skipper' Sheldon (Bridges). They gain valuable lessons in character, responsibility and individual integrity as the 'Albatross' sails from the Caribbean into a ferocious hurricane that will fatefully test the mettle of all on board. Director Ridley Scott (Blade Runner, Alien) bathes his young charges in plenty of tropical sun and draws a convincing partnership between brooding old hand Sheldon and his ship's doctor spouse (an impressively natural Goodall), which gives the material an emotional core later to prove deceptively potent. It is, however, the 'white squall' sequence that stands way above anything else in the movie, detailing with you-are-there intensity the vessel's helpless plight as she's buffeted by a series of enormous waves and the Skipper battles to keep her upright. This landlubber felt like jelly. It should be noted that this was filmed before the advent of CGI - the stunts and FX are astonishing. One quibble: the ten minutes too long courtroom showdown that closes the picture.

YellowRoseReviewed in the United States on August 13, 2020
5.0 out of 5 stars
Good movie for all ages!
Verified purchase
I don’t know about the Q stuff... we shall see what happens won’t we?
But about the movie,
I did enjoy this movie very much when it was released years ago. It is becoming very difficult to find a decent movie to watch that isn’t filled with superheroes (not my thing) or nasty stuff. Even the more recent PG-13 movies have stuff that I just don’t need to fill my head with. So I find myself re-watching movies that I enjoyed previously, more and more.

Also found it interesting that this movie was more expensive to purchase in the Prime digital format than it was for the physical Blu-ray, which doesn’t make sense to me. Shipping and handling cost and carbon emissions aside.

The story was well written, true or not, and the acting was terrific. I highly recommend this action filled “clean” movie for everyone!
7 people found this helpful

Carol ThomasReviewed in the United States on January 15, 2019
3.0 out of 5 stars
Ok, but I'd only watch it once.
Verified purchase
My husband wanted to watch this movie. I don't think it's ever been very popular, I'd never heard about it when it came out in 1996. He wanted to watch it because the ship's bell had the same motto on it as the one on JFK's boat, and there is some connection of this motto with the Q movement, which he is interested in. I had to wonder if the author knew about the motto on JFK's boat's bell, and that's why he put it in the story. Overall though, a lackluster movie.
9 people found this helpful

johnfReviewed in the United States on September 20, 2015
5.0 out of 5 stars
Great Ridley Scott film that many people missed.
Verified purchase
White Squall is a coming of age story for a group of boys/young men who sign up for a semester at sea on a working ship where they themselves will be doing the working, bonding together and becoming the crew. They are under the command of ship's captain Christopher Shelton (Jeff Bridges) who is assisted by his wife, Dr. Alice Shelton (Caroline Goodall), and English Teacher McCrea (John Savage). Some of the boys have been enrolled for disciplinary reasons, others just want to experience something different. There are conflicts, small adventures and mildly comic scenes and one great crisis. It is a very moving story, one that can completely absorb you if you let it.

White Squall was directed by Ridley Scott, known for his meticulously shot visuals since his first feature film, The Duellists (1977) and follow ups like Alien and Blade Runner. The visuals, especially of the ship sailing through the waves and a sunny day hike by the crew are stunning. The film was not a big success in its day. Being released in February is not the best time for a film like this, February being almost a dumping ground by studios for films they don't know how to market. I feel that by 1996, the year when Independence Day was the top film, an adventure film set entirely within a normal human scale was seen as old-fashioned, and if there weren't mega special effects and the entire planet at stake many moviegoers were no longer interested. White Squall, though an adventure film, is really about the characters' relationships and never becomes an action film, to the disappointment of others. Some actually complained that the young actors were too good looking, but though they have the good looks of youth, they never seem to be a bunch of male models, and usually athletic boys would be drawn to such a voyage.

The ending is also somewhat controversial and I am one of those who thinks it could have been better if handled differently. I won't go into particulars but for me the film reaches almost mythological heights and the final scenes, while tying up loose ends effectively, bring the film down to a very mundane level . But that's not enough to derail this magnificent film. Sting singing "Valparaiso" over a flashback to the high point of the film and the end credits is remarkably effective.
18 people found this helpful

John FReviewed in the United States on September 27, 2020
3.0 out of 5 stars
Dead Poet Society on a boat
Verified purchase
I think this movie was trying to capture the spirit of Dead Poet's society and hits all the same major plot points, just in a different setting. It was a solid movie, with a downer ending. Not sure it accomplishes what it tries to do because it didn't really sell me on getting invested in the characters fully enough to be that disturbed when bad things happened to them. At the end of the movie I was just left thinking "Based on a true story? That's tragic. What should we watch next?"
2 people found this helpful

CryeffReviewed in the United States on September 1, 2014
5.0 out of 5 stars
Action, Beauty, Life Lessons, Great Acting, Great Story!
Verified purchase
This is a great movie. It is really action packed but is also packed with life lessons. The acting from ALL the cast is great, that includes the kids. The story is satisfying and not rushed, it's ending is satisfying in that there is a reasonable thorough one. The photography is beautiful.

This is a story where young boys go to school while cruising on an actually operating boat. They are expected to be the crew as well as scholars. Jeff Bridges is the Captain of the ship and is the kind of man's man you want a young man to be exposed to and learn how to be a man from...so the third lesson plan on board, is how to be a man.

As you can imagine the boys on board have problems, one has had a brother die that he feels responsible for, one has an abusive father and he is twisted from this...and so on. So situations arise like courage, cruelty, honesty, responsibility, ego. Each is dealt with, you see modeled how to grow in each. So IF people are as smart as monkeys, and we learn like they do..."monkey see, monkey do" then this should help boys or anyone watching this.

For young children this may be too intense...I am not sure if I would let a child less than 6 see this. I am undecided though, because so often our younger children are now seeing things in the media or their friends are telling them or showing them...and I think it is better for caregivers to control the situation and be ready and able to discuss it with their children so that WE know the spin that was put on the information and behaviors they saw.

Among some of the things they will see: a dolphin killed out of meanness, a frightening storm and death by drowning.
13 people found this helpful
See all reviews
Back to top
Get to Know Us
Make Money with Us
Amazon Payment Products
Let Us Help You
EnglishChoose a language for shopping. United StatesChoose a country/region for shopping.
© 1996-2022, Amazon.com, Inc. or its affiliates