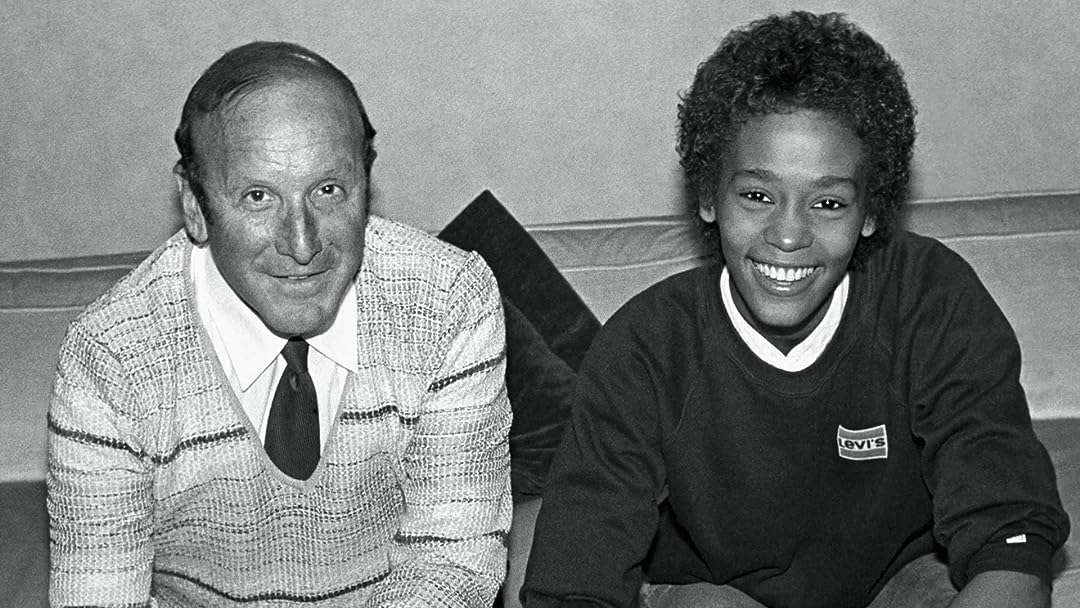 Whitney: Can I Be Me

(321)
1 h 40 min201718+
Directors Nick Broomfield and Rudi Dolezal weave never before seen video, candid interviews and behind the scenes performances into an intimate portrait of Whitney Houston, who died suddenly after years of struggling with addiction.

Studio
Gospel and Beyond Limited

Typhoon Jenkins IIIReviewed in the United States on August 30, 2017
5.0 out of 5 stars
Sad, eye opening, and very real
Verified purchase
As sad as this super star's life turned out to be, there are many lesson's in this very well made film. What's most amazing to me is that Whitney said it best herself. "Money can't buy happiness" Whitney was a gentle soul who came from absolutley nothing and rose to levels beyond anyone's wildest dreams. For a part o f her career, she was the very best in the business. Listen to the musicians and backup singers, they tell the story best.
Where did it all go wrong? Well, no one other than Whitney herself can answer that question. Based on this film, it would seem all she wanted was a very normal life. The problem is, once you rise to her level of fame, that's virtually impossible. While she was very strong with her faith and in her music, she had a glaaring weak spot. I think it's the same weak spot so many people have in common. She was looking for a quick way to diminish her emotions, her pain, and her sorrows. The cocktail of her choice, which was basically everything. (drugs, booze, crack) are a short term chemical solution to a deeply spiritual problem. Many find their bottom, reach it, and reach out for and get the help they need. Sadly, Whitney never reached her bottom until it was too late. Then her daughter road the same train wreck and was lost to this disease way sooner than her mother. This is a very human story, a very sad story, but one that will open some eyes. Even if it saves just one life out there, then it was ahuge success. my hope is that it will save tens of thousands of live's. When I see or hear about stories like this one, I remind myself of one thing, there but the grace of God, go I.
RIP Whitney RIP Bobbi Kristine, you both left us too soon.

alltatupReviewed in the United States on February 2, 2019
4.0 out of 5 stars
Cissy Houston: A Monstrous Mother
Verified purchase
The family dynamics seemed pretty clear in this well-done documentary: Cissy pushed and pushed and pushed her daughter without ever giving her maternal warmth, authentic love and appropriate rewards for her achievements. Cissy exposes her narcissism and selfishness at one point in the film when she seems angry that Whitney used what Cissy taught her, as if the daugher had stolen it from the mother.

It's clear that Whitney never had a secure sense of herself, on top of which she was propelled into the phony world of stardom by blood-sucking music producers. She was indeed a cash cow who had no life of her own. It's no surprise that she became so dependent on drugs: she had neither the time nor the space to really and truly grow up during her 20s. The parallels between Whitney and Judy Garland are striking.

Cissy seems like a monster to me. Her interview with Oprah made my blood run cold: you could see in her face that she's in complete denial about the exploitative, harsh way she brought up her daughter. There was nothing truly spiritual about Cissy and her brand of "religion." Nothing was more tragic than seeing Whitney on stage, high as a kite and praising Jesus.

It also made my blood run cold to see her relationship with Bobby Brown go from bad to worse. I think the only person who really cared about her, the only authentic person in the documentary was Robyn.

AW ClemReviewed in the United States on August 30, 2017
5.0 out of 5 stars
Nick Broomfield is one of the most important documentarians of ...
Verified purchase
Nick Broomfield is one of the most important documentarians of his generation- not in part because he often chooses subjects considered to be too "low" or pop culture related to be serious.He is not the sort of documentary filmmaker to cover a plague in the third world- his interests lie in the headlines and pop culture that dominate our modern sensibility. His Aileen Wuornos documentary made a VERY strong case that Aileen was exploited by the judicial system for publicity and that she was at least in part not totally guilty of all of the crimes she committed. He also made a riveting and creepy documentary about a serial killer who was left unchecked by the police for nearly twenty years because the victims were primarily addicts and sex workers.

Here he takes on the rapid success and eventual decline of whitney houston and explores how she was manipulated by the industry and her family into a career she didn't want as a pop diva. He also touches on (in a slippery way too) how her repressed sexuality might have been to blame on her drug addiction and death. Its tight, well- paced and really heart-aching. Another Triumph for Broomfield.
18 people found this helpful

Shan MahoganyReviewed in the United States on February 6, 2021
5.0 out of 5 stars
So Sad
Verified purchase
It makes me so angry to think many people tried to save her from herself and she still perished! Incredibly sad that a woman so talented died in this way. It just goes to show, our gifts are indeed from God and whatever he does, it does it well! But, if we give that gift to the world, or forget who gave it to us, we will lose it and ourselves. It happens time and time again with every talented star. We cannot forget God. There are no superstars in heaven. Even Jesus who was God, humbled himself when he came and died for our sins. Could he had came as a popular king? Of course! And it was what the Jews expected. But, he kept a low profile. Died to save us and now reigns on high. If you wanna reign, wait for God to exalt you, because what the devil promises always ends in your demise. A shameful legacy.
3 people found this helpful

cinestReviewed in the United States on February 19, 2021
5.0 out of 5 stars
Incredibly powerful documentary
Verified purchase
It would need more time to absorb it. What is certain that it is a tragic story of a exceptionally talented and beautiful singer and a good person who happened to endure the shortcomings of her parental family (controlling parents, selfishness from top to bottom, drugs, meastreatment) as well as her marriage (alcohol, drugs, selfishness, lack of human depth, jealousy, betrayal).
The ugliness of the male dominated industry, no doubt, made its contribution into her demise as well. Just look at that disgusting Frenchman who could control his sexual impulses while being in public, on the show. Even her father sued Whitney over money, which she earned.
It seems Whitney didn’t have inner strength, or rather wasn’t allowed to develop it, and, as a result, she never matured, remaining essentially a teenager.
Bobby and his sister were the main force that destroyed Whitney. Humankind isn’t that kind, especially to women.
One person found this helpful

Elmer Z.Reviewed in the United States on February 15, 2021
4.0 out of 5 stars
Very sad. She should've just stuck to the people that treated her right and ignored the ignorance
Verified purchase
Ultimately, her demise came from people who should've supported such a talented and amazing black singer. Her songs are still covered today. Why? Because they were amazing and so was she. After she blew up, the record company should've given her free reign to sing whatever she wanted. Not because the black community hated on her because she wasn't singing black enough. That's disgusting. No wonder why all of these singers and musicians die so young. People who wish they could be her are the ones to criticize her. No one had any right to say anything about her either. When you think about Whitney and her problems, look in the mirror and ask why those problems came to be in the first place. When will people learn? I understand they couldn't even dream of what Whitney accomplished or what she endured by her own people. But maybe it's time to realize that they're only hurting these special people that stand out above the rest? Her "people" were everyone. Not black people because she was black. The real ones were everyone that supported and cared about her. Her skin color had nothing to do with who she was. It's so sad that she suffered so much when all she did was give to her fans and even tried her best to give to her haters. That's what makes her so much better that they don't even compare. Insignificant haters. Why destroy the stars that you want to make a change?

A'lyce A.Reviewed in the United States on February 2, 2021
5.0 out of 5 stars
VERY VERY GOOD!!!!
Verified purchase
It is really sad but that old saying is so true "MONEY IS THE ROOT TO ALL EVIL". Her mother, father, brothers, best friend, husband, band, and staff all knew Whitney Houston had a very serious drug problem and NO one did a thing about it because they were getting a paycheck from her. One man, a total stranger, hired to protect her while she toured Europe in 1999 was fired when he sent a report about the serious drug use, and that her entire staff needed to be fired, was fired himself. My only complaint about this documentary is that NO one was a good guy, NO one really cared or Whitney Houston would be alive today. Don't make anyone in her circle out to be any type of hero.
One person found this helpful

mediafanReviewed in the United States on September 4, 2017
5.0 out of 5 stars
A portrait of great talent and great pain
Verified purchase
This was a truly intimate portrait of the pressure she felt to find that balance. Being the daughter of a gospel singer and cousin to an iconic vocalist, she had the gift of a voice to bring great music. Along with that gifts came a great weight. In the midst, she faced a lot of pain from those she loved. Bloomfield did excellent job of presenting a tough lens with dignity and respect befitting such a talented person with a troubled heart.
14 people found this helpful
See all reviews
Back to top
Get to Know Us
Make Money with Us
Amazon Payment Products
Let Us Help You
EnglishChoose a language for shopping. United StatesChoose a country/region for shopping.
© 1996-2022, Amazon.com, Inc. or its affiliates