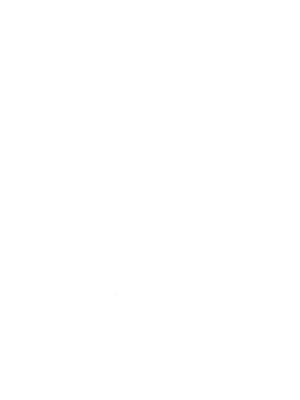 Who Am I This Time?

(193)
7.756min198216+
Academy Award-winners Susan Sarandon and Christopher Walken star as a couple who discovers that affairs of the heart on the stage may be a bit less complicated than continuing the romance off the stage.

RDRNReviewed in the United States on February 24, 2020
5.0 out of 5 stars
A lovely story about two lonely people finding happiness
Verified purchase
This movie is from an American Playhouse production in 1982. It is an early Susan Sarandon and Christopher Walken movie. I always find the acting in this very moving and real.
He (Harry) is an incredibly shy, isolated young man in a small town, who blooms into whatever character he is playing in the local community theater productions. She (Helene) is a new person in town, without friends and not planning to stay long, until she is invited to audition for a part in "A Streetcar Named Desire" for the community theater.
Helene is cast in the part of Stella and begins to fall for Harry playing the part of Stanley, not knowing that he is not charismatic like the character of Stanley at all. When the opening night ends and he just disappears, Helene wonders what has gone wrong. The rest of the movie is her learning how to reach him, open him up and become someone other than a character in a play.

Kindle CustomerReviewed in the United States on February 4, 2017
5.0 out of 5 stars
TWO GREAT ACTORS A LONG TIME AGO!
Verified purchase
Susan Sarandon and Christopher Walken show us they are already shining stars, back in 1982! Unbelievably great performances from both of them. I've watched this one-hour program at least five times over the years, and it gets better every time. Based on a short story by Kurt Vonnegut, and directed by a young Jonathan Demme, the story is an argument for the importance of literature! The story is about the fact that sometimes great lines of literature can speak for those who have difficulty verbalizing their feelings. It's both comic and deep. No fancy production values, no car chases, just one simple hour of inspired acting by two greats of the cinema world.
9 people found this helpful

D. C. PotterReviewed in the United States on December 27, 2016
5.0 out of 5 stars
An Unlikely Upbeat Story by Vonnegut
Verified purchase
Jonathan Demme(Silence of the Lambs) directs this adaptation of Kurt Vonnegut's excellent short story- one of his more upbeat pieces of writing. Susan Sarandon is the new woman in a small town with a community theater planning its next production. Christopher Walken is the painfully shy(to invisibility) home town boy who somehow always winds up in the theater's productions. Boy and girl meet and the mystery unfolds.
This is Walken after The Deer Hunter, but before he became identified with movie psychopaths and Sarandon after Rocky Horror Picture Show, but before Bull Durham. They work wonderfully together in a production that should make you curious about the rest of American Playhouse's eleven seasons.
It makes me wish Demme could direct a new version with a new cast to see what might emerge from this story.

NunnayrbznzReviewed in the United States on October 15, 2016
5.0 out of 5 stars
Endearing
Verified purchase
Just beautiful & touching with an amazing cast. It is totally realistic as anyone involved in theater could attest. I've got to say, as much as Christopher Walken likes his Quirky roles, this was his most endearing. He and Susan really fit their parts so well, with neither character having much in the way of stability in their lives to show them how, they both had to stumble upon finding out who they were. Two pieces that finished the puzzle. The woman had to use her intuition and be motivated to follow through., with a little coaching from the director. Totally beautiful. It's a wonderful surprise that this was available.
11 people found this helpful

Alice4447Reviewed in the United States on August 22, 2014
5.0 out of 5 stars
Available at Last! Teachers, grab a copy and show it to your students!
Verified purchase
This is a gem for which I have searched for many years, having admired it on tv in the 70s. It has a spectacular cast, and we have the advantage of seeing Christopher Walken as an amateur actor with no real private life playing scenes from Cyrano de Bergerac, The Importance of Being Earnest, and -- most importantly -- Streetcar Named Desire. Susan Sarandon is a colorless telephone company employee who falls in love with him as Stanley Kowalski, only to realize that he is someone else entirely - in fact, that he is apparently no one at all. Having taught all these plays in my classes, I would have given a lot to own this CD in years past. Walken nails Cyrano, and he nails Stanley. Why not? He's Chistopher Walken. As a sometime actor, I am also experienced in the issue of falling temporarily in love with one's costar in the heat of the production. What one learns from this seemingly simple tale is priceless. For the actor, the teacher, and for the literature student, it is a godsend.
8 people found this helpful

Donna G, from Mesa AZReviewed in the United States on August 8, 2017
5.0 out of 5 stars
Wonderful piece of work
Verified purchase
I saw this when it first aired in the 1980s and held on to a vhs of it for many years. I was so happy to find this! This story was the first time I ever saw Christopher Walken, and I found his performance to be jawdropping excellent! He shows a great deal of versatility in the parts he plays here, an I was forever distressed throughout the rest of his career that he has become typecast. A wonderful piece, well worth the purchase.
5 people found this helpful

Beth Bailey-KingdonReviewed in the United States on July 12, 2014
5.0 out of 5 stars
A unique and stunning little film from PBS' American Playhouse
Verified purchase
Most of the reviewers at the time described this film as one man's take on small-town America, but I think there's a whole lot more going on here. Inspired by Tennesse Williams, written by Kurt Vonnegut, produced by PBS's American Playhouse and directed by Jonathan Demme, this 1982 play-within-a-play is a tour-de-force of great writing, brilliant direction and resonant acting. The bonus, of course, is the pleasure of seeing Susan Sarandon and Christopher Walken delivering live jaw-dropping performances at the ages of 36 and 39 respectively. The supporting cast does a pretty good job as well. I guarantee you that even though the TV production values may be a little shaky, you will flat love this little film whether you are a fan of Tennessee Williams or not.
7 people found this helpful

E. bayReviewed in the United States on February 4, 2017
4.0 out of 5 stars
Wonderful, charming little movie about an interesting way to overcome shyness
Verified purchase
This is a charming movie that hasn't lost a bit of it's gloss as some movies from that period can. Two fine actors, as already noticed rising stars, along with decent direction for, what I'm sure, was a low budget undertaking. I wouldn't mind a sequel, come to think of it. It's an interesting premise and one that, I think, could be explored and expanded going forward. Only 4 stars instead of five because, hell...it's not Casablanca.
2 people found this helpful
See all reviews
Back to top
Get to Know Us
Make Money with Us
Amazon Payment Products
Let Us Help You
EnglishChoose a language for shopping. United StatesChoose a country/region for shopping.
© 1996-2021, Amazon.com, Inc. or its affiliates