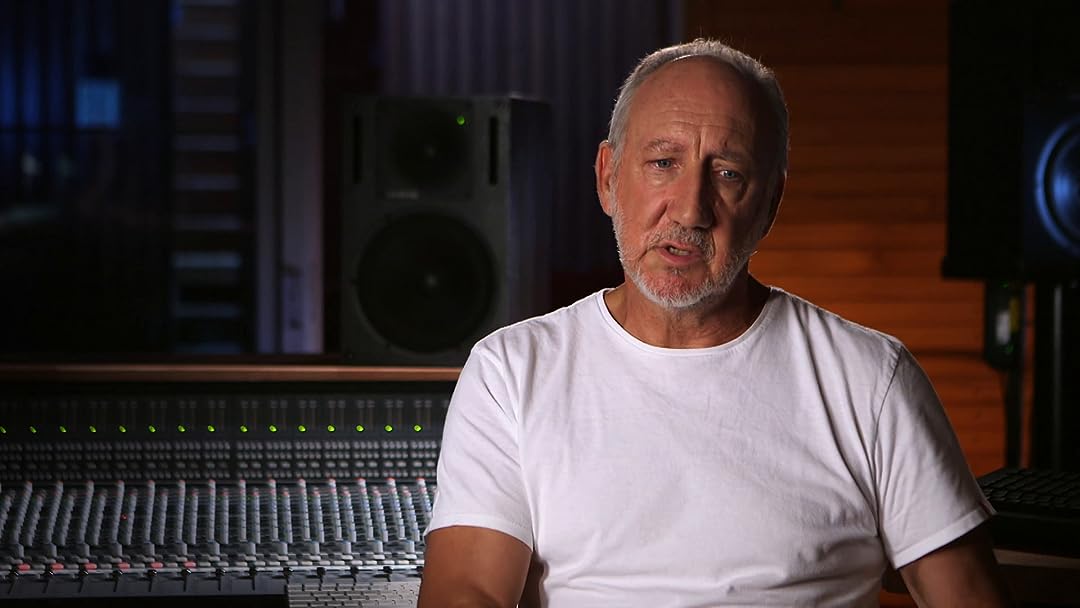 The Who - Sensation The Story Of Tommy

(66)
7.71 h 20 min201416+
This fascinating film, made with the total co-operation of the band, tells how The Who struggled to create the first Rock Opera, Tommy, and how its success changed their lives.

The QuainReviewed in the United States on December 13, 2020
4.0 out of 5 stars
Reasonably Well-done
Verified purchase
There are quite a few documentaries on The WHO and this one is one of the better ones. Townshend's megalomania and Daltrey's humility are on full display. For unexplained reasons, we get Pete calling his mother a "half-wit" and he can barely contained his glee over the attention. Daltrey sits in a studio and admits, he never liked signing the early WHO's singles.

One point I thought was missing, not only from this film yet also from the recent Elton John biopic: why did THE WHO give over the title song, one of a small handful of big hits, to Elton in the Tommy movie? I have a theory. Tommy the album came out in 1969. In 1973, John released Saturday Night's Alright for Fighting. That song is not only heavily influenced by Tommy, it would have made for the quintessential WHO song.

Whether he realized it consciously or not, I wonder if Townshend did hear the WHO in John's song and so thought John would be the perfect one to replace Daltrey and lead the band, when surely every movie goer who saw Tommy went to see The WHO perform that song, at least. We know Daltrey was playing Tommy in the movie, so the excuse to have someone else sing the song is built into the script. Yet I would have liked to hear Townshend's explanation of why they chose John to perform perhaps the most memorable WHO song.

joel wingReviewed in the United States on June 23, 2021
2.0 out of 5 stars
Mostly talking heads that praise The Who as Rock gods & not enough music
Verified purchase
Tommy was a “Rock Opera” concept album by the Who. While the documentary is nominally about that it goes all over the place from the discovery of the band to their experimentation with drugs and philosophy during the 1960s to Roger Daltrey’s hair and more. It’s also almost all talking heads with not enough music. The interviews are marred by everyone praising The Who being the greatest thing since the creation of the Earth. One said, “Pete Townsend was one of the most sensitive souls in Rock N Roll.” It just makes you roll your eyes. It makes this film a disappointment. If they had more music it would have been bearable but all the bootlicking gets annoying after a while.
One person found this helpful

NoNameReviewed in the United States on November 30, 2020
3.0 out of 5 stars
Pretty good
Verified purchase
Not a bad little doc, but, there is barely a mention of Entwistle's or Moon's performances, either on the album, or live. It's pretty much all about Pete and Roger and the STORY of Tommy, which is fine. But hardly a word about the sheer power of that rhythm section. Bizarre.
4 people found this helpful

Stephen K. GreerReviewed in the United States on February 27, 2021
5.0 out of 5 stars
How it came to be.
Verified purchase
The Who has always been my all time, number one, most favorite band. I mean, NO ONE has an album better than Who's Next! And Tommy is right up there with it. So, if you ever wondered HOW they put Tommy together on vinyl this will fill you in on every crazy unexpected event that wasn't supposed to happen but did that made Tommy so extraordinary! The impact of Townshend's out-of-body acid trip experience and his subsequent research into Meher Baba's teachings that influenced all to the Who's subsequent lyrics... its all here in a very honest telling of how Tommy came to be.

Stella BlueReviewed in the United States on September 13, 2021
5.0 out of 5 stars
Remarkable from top to bottom!
Verified purchase
This is sooooo well documented. Tommy has always been tops in my life Soundtrack, but more so now that I know all the back stories in detail. The of the conception of each song, every intrinsic element of the what's and why's were so enlightening. Pete Townsend is a freaking genius who knows how to give credit where it is due. I always loved him as an artist, but now I love him so much more.
This should be shown in every music class accross the globe.
THIS is important music history!!! XXXXOOOO

LoreneReviewed in the United States on December 11, 2020
4.0 out of 5 stars
Comprehensive look at a rock and roll classic
Verified purchase
I listened to this album until I wore it out. Watching this documentary helped me to understand and appreciate it more deeply. I also saw the Who perform it live twice in Boston in 1969 and 1970. They wanted to play other stuff in 1970 but the crowd insisted on hearing Tommy and they complied.
One person found this helpful

TEXMANReviewed in the United States on July 9, 2014
4.0 out of 5 stars
Covers the album nicely , but not the phenomenom after......
Verified purchase
I would give this 5 stars as a reveiw of the album "TOMMY" , but I would liked to have heard more about the band trying to live up to the the album , the Tommy film and the play . This album was the turning point of The Who and this bio does a great job at explaining it .Pete and Roger give recent interveiws , John and Keith archival . The bluray picture and sound quality are fantastic (as expected) . I would have liked to hear more of the music in between interveiws but this is a bio and not a music video . Roger Daltrey is never used enough in these Who documenturies , as he gives the best insights into how the band interpets Pete's songs . He is also able to take a step back and critique The Who as a fan . I would also liked if they covered more on the the movie Tommy , as I have heard conflicting reports that members of the band either hated the movie or loved Ken Russell's interpretation . Anyway , I would highly recommend this film to any fan of The Who .
5 people found this helpful

Mark D. BurghReviewed in the United States on December 24, 2015
5.0 out of 5 stars
If You Love the 'Oo, see this.
Verified purchase
If you love the 'Oo, then you should watch this documentary on their groundbreaking album "Tommy." This documentary by Eagle Rock, shows how the album developed, how Townshend came to write certain songs, and examines the phenomenon of this rock opera, not the first, but certainly, the most well-known and successful. Townshend speaks, as he always does, frankly, and articulately about his own life and his own reasons for doing what he did to write and perform one of the greatest works on what I suppose we can call now, the Rock Canon.
4 people found this helpful
See all reviews
Back to top
Get to Know Us
Make Money with Us
Amazon Payment Products
Let Us Help You
EnglishChoose a language for shopping. United StatesChoose a country/region for shopping.
© 1996-2021, Amazon.com, Inc. or its affiliates