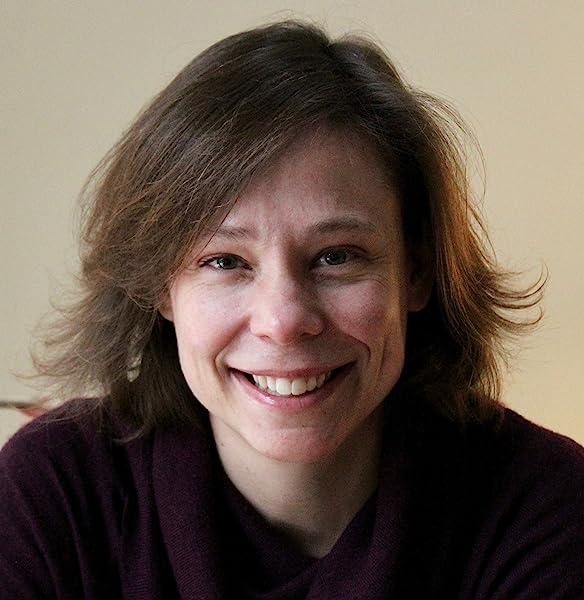 Dana Meachen Rau has written more than 300 books for children, including picture books, early readers, nonfiction, and biographies.
Start reading on your Kindle in under a minute.

4.8 out of 5 stars
4.8 out of 5
155 customer ratings
How does Amazon calculate star ratings?
Amazon calculates a product’s star ratings based on a machine learned model instead of a raw data average. The model takes into account factors including the age of a rating, whether the ratings are from verified purchasers, and factors that establish reviewer trustworthiness.
Top Reviews
Translate all reviews to English

Jamie and Heather Hejduk
TOP 1000 REVIEWERVINE VOICE
5.0 out of 5 stars Overview of his life for kids
Reviewed in the United States on July 3, 2019
Verified Purchase
Who Was Gandhi? is a nice overview of his life aimed at children. It explains things in simple terms and includes plenty of illustrations. I highly recommend it for kids learning about Gandhi and Indian independence.
Read more
Helpful
Comment Report abuse

EMWL
5.0 out of 5 stars Easy for children to read.
Reviewed in the United States on February 7, 2020
Verified Purchase
The book was delivered timely and appeared the same as on the website. I would purchase from this seller again.
Read more
Helpful
Comment Report abuse

Mrs. Smith
5.0 out of 5 stars Love!
Reviewed in the United States on April 26, 2019
Verified Purchase
Bought for my 4th grader. Easy read, very informative. I may have enjoyed it more than him.
Read more
Helpful
Comment Report abuse

ferret lover
5.0 out of 5 stars Five Stars
Reviewed in the United Kingdom on January 29, 2017
Verified Purchase
IT HAS LEARNT A LOT ABOUT THIS MAN
Read more
Helpful
Sending feedback...
Thank you for your feedback.
Sorry, we failed to record your vote. Please try again
Report abuse

Jammyb
5.0 out of 5 stars Easy read.
Reviewed in the United Kingdom on February 20, 2017
Verified Purchase
Brought this for my nine year old, who thoroughly enjoyed it. It was an easy read
Read more
Helpful
Sending feedback...
Thank you for your feedback.
Sorry, we failed to record your vote. Please try again
Report abuse

Tina
5.0 out of 5 stars Five Stars
Reviewed in the United Kingdom on March 18, 2015
Verified Purchase
Great story, made it interesting whilst educational for my 9 year old.
Read more
One person found this helpful
Helpful
Sending feedback...
Thank you for your feedback.
Sorry, we failed to record your vote. Please try again
Report abuse

mcewin
5.0 out of 5 stars Who was Gandhi? for
Reviewed in Canada on June 4, 2019
Verified Purchase
The Who Was series reminds me of a book series I read in 3rd grade on, many years ago, blue boards with red title, shadow illustrations, that focused on the childhoods of various American icons. Here, the B&W 'graphic novel' approach is inviting for my kids, now of the same age, and extends to world figures, including many women.

The Gandhi book in the series traces him from childhood marriage through the South Africa years, and back to his days in India through independence and assassination. As may be expected, much of the extreme violence of these years is downplayed for children: Amritsar and Partition are handled delicately, as sidebars. Gandhi the man is emphasized, whereas I might like to have seen discussion of practical non-violence and soul-force. At least, this will get kids interested: my daughter asks, Daddy, the British weren't very nice, were they?

The series emphasizes iconic women, leading with their accomplishments and more subtle messaging of the struggles in a male-dominated world. Boxed asides provide good introductions to Slavery, the Civil War, Radioactivity, etc.

Should be read in combination with seeing the Netflix "Who was ..." series, which (I think) proceeds from the same script in an entertaining fashion.

Raams
5.0 out of 5 stars About Gandhi in a Nutshell
Reviewed in India on January 25, 2020
Verified Purchase
Gandhi's Life cannot be explained in a better form than this book. Amazing for every child and Parents and teachers to refresh them with Life and events of Mahatma Gandhi. Well researched and Illustrated.
Can you Please bring more such Titles on Great Indian Leaders and Reformers. it will benefit thousands of Young readers and book lovers, Please consider my suggestion seriously
Read more
One person found this helpful
Helpful
Sending feedback...
Thank you for your feedback.
Sorry, we failed to record your vote. Please try again
Report abuse
Load more international reviews

Amazon Customer
5.0 out of 5 stars A must have for curious readers!
Reviewed in Canada on July 21, 2017
Verified Purchase
Purchased 16 books in this series for my 7 year old granddaughter who is reading at a Grade 4 level. She DEVOURES them and then has lively conversations with the family sharing her new found interest. Each book spikes her curiosity and she's asking for the rest of the books in the series. However, there is a similar series called The Treasure Chest which I am thinking of getting. Two children time travel back in time to visit famous, and infamous people and places.
Read more
Helpful
Sending feedback...
Thank you for your feedback.
Sorry, we failed to record your vote. Please try again
Report abuse

Page 1 of 1 Start overPage 1 of 1
This shopping feature will continue to load items when the Enter key is pressed. In order to navigate out of this carousel please use your heading shortcut key to navigate to the next or previous heading.
Back
Next
Pages with related products. See and discover other items: history of asia, mathematics history, social media tips, biography children who was, who was books, Best autobiographies for kids