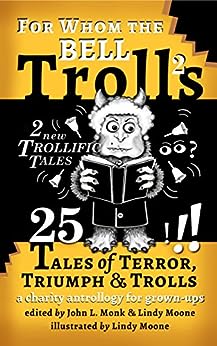 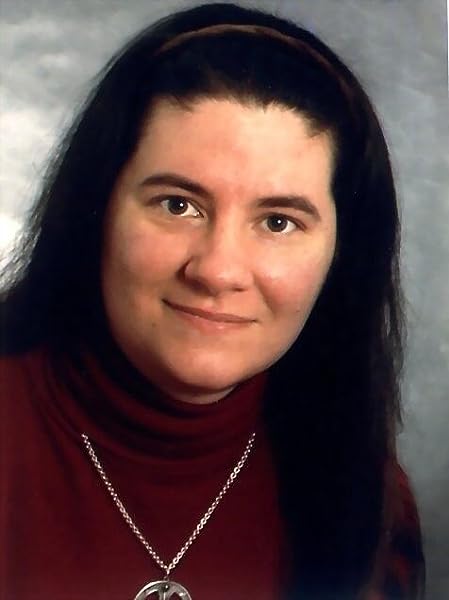 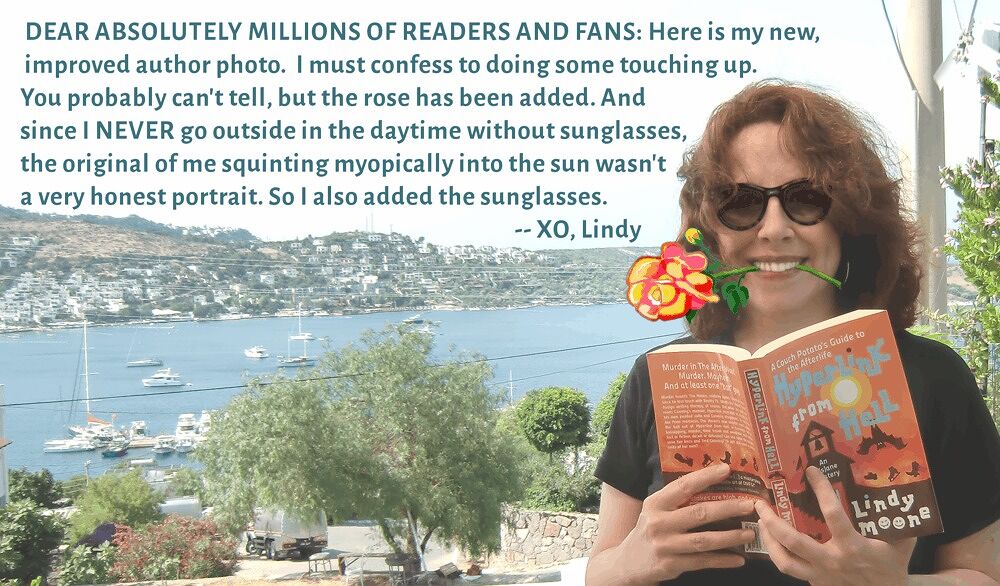 For Whom the Bell Trolls: 25 Tales of Terror, Triumph & Trolls Kindle Edition

Carol Ervin
5.0 out of 5 stars Fanciful Stories for Adults
Reviewed in the United States 🇺🇸 on March 4, 2017
Verified Purchase
I started smiling when I saw the title page, and though I hadn’t yet reached the first of the “25 Tales of Terror, Triumph, and Trolls,” I knew they were going to be more fun than terrifying.
My first smile was for the drawing of a horned, top-knotted troll head resting in (or coming out of?) the shell of an Easter egg. He didn’t look too terrible, just goofy. The use of “Easter eggs” signals an inside joke, something hidden, as in a treasure hunt. In this collection, the illustrations are studded with “Easter eggs,” one for each author. Clues to their meanings are hidden after each story in its author bio.
I was right, a few of these tales have serious themes and a touch of horror, but most are twisted, fun, and different. Together they display a rainbow of mythical trolls: menacing, lovable, ridiculous, and as flawed as any human. Lindy Moone’s illustrations are interesting too, each a story in itself.
I enjoyed how differently the authors approached their troll subjects. Read the “antrollogy” for take-offs on fairy tales like “Trolling on the River,” a story that questions the need to be heartless and threatening to get ahead in the world.
Read the tales for pens dripping with wit, irony, and silliness, constructions like “ruse-colored glasses,” a spaceship powered by “perpetual notion,” and an asteroid with a “farce field” (all in “Droll Troll,” a story in which philosophy saves the world from destruction.) You’ll find a comedic range of human foibles mixed with profundity, like “Just when Lord Snoot thought…the world would suffer because nobody was listening to him…” (My favorite one-liner.)
Read for trollish views of romance and sex. Watch out for “Trolly Tia” (lightly x-rated), and the title work, “For Whom the Bell Trolls”: “Just once, Lexi would like an assignment free of trouser bulge. But what did she expect, working with Hex offenders?”
Everyone will have a favorite story. I think mine may be the novella introducing “Fergus Underbridge: Troll Detective,” a complex troll hero who navigates segregated cultures.
Some of the troll characters are disturbingly human, as in “Neighborhood Troll,” a fine story with an end I didn’t see coming; “Disposal,” a gripping piece about boys driven to fury by an Internet “troll;” “If Wishes were Fishes,” in which a teenage troll discovers her power; and “Boiling Point,” a story that shows the internal and external ravages of rage.
“Troll” has historically been a name for anyone sneaking about with evil intent. Reading these tales made me wonder about the origin of troll tales and myths, and if the first literary troll was Grendel of “Beowulf.” The tales also made me wonder if ancient legends of trolls living under bridges might have been based on deformed, homeless, mentally disturbed and otherwise unfortunate humans.
Most ebooks do not have illustrations, but this one has shining grayscale drawings by writer-artist-editor Lindy Moone (Hyperlink from Hell), who invited authors to participate in this project and dedicated more than two years to it. The work was co-edited by author John L. Monk (Kick, Hell’s Children), who also contributed two stories and front-matter witticisms. In addition to stories, the volume contains several haiku written by Moone and Meribeth Hutto.
This is a work of love. No one who contributed to the anthology will benefit from sales, for net profits will be donated to charity.
Read more
10 people found this helpful
Helpful
Report abuse

TermiteWriter
5.0 out of 5 stars An excellent read for fans of short stories and fantasy!
Reviewed in the United States 🇺🇸 on June 26, 2017
Verified Purchase
This book is an anthology of stories about – trolls! What else? And it’s excellent! It’s very well edited and formatted – I don’t recall observing a single typo. And the editors (Lindy Moone and John L. Monk) commissioned some outstanding authors to write the tales, which are quite diverse. They range from the silly to the grotesque to the serious, and the trolls range from friendly and funny and intelligent to evil and fearsome and monstrous, and also include the internet variety – in one story (“Troll Dating” by Cora Buhlert) a troll who is looking for a mate goes on the internet because he has heard it’s full of trolls, but all he can find are nasty humans!
Personally, I’m not a fan of short stories – I tend to forget a short story instantly after I read it. That being said, I want to mention some of my favorite stories in this anthology. Early on, I was very much amused by the satirical “Coverage Denied” by Tobias D. Robison, where a troll is seeking reimbursement for a medical treatment from “Trollicare.” I’ve had similar experiences!
Another that I liked was “The Storyteller” by Nick Cole. It’s laid in a post-apocalytic world where trolls, ogres, giants, and elves live separated from humans and from each other to a certain extent. But there is one troll and one giant who have higher aspirations (the troll writes poetry) and in the end they get together to make their lives better. It has a positive but not preachy message that appealed to me.
My favorite of them all was “Fergus Underbridge, Troll Detective,” by A. A. Leil. It’s the longest of the lot (about 50 pages) and maybe that’s why I liked it best, since I prefer longer stories where there is more room for character and scene development. In this tale two cities, Magika and Mechanika, have been torn apart and left with the “Skysea” between them – a spatial gulf that can be crossed only by spaceships. You can actually fall off the edge, which reminded me a little bit of Discworld. Magika is inhabited by trolls and other magical creatures, while Mechanika is a dark, smoky, ugly industrialized city. The trolls’ horns are the seat of their magical powers, and Mechanika makes war on Magika by attacking individual trolls and cutting off their horns, which they then use for their own evil purposes. The second half of the story contains interesting steampunk elements. The whole thing is laid in a well-conceived constructed world with positive characters you can relate to, as well as evil villains.
I’m giving this anthology 5 stars because it’s well-constructed (with great illustrations, also, even in the ebook) and includes some fine writing of all different styles. I would recommend the book for anyone who likes a variety of fantasy and has an eye for quality.
Read more
5 people found this helpful
Helpful
Report abuse

Tobyann Aparisi
5.0 out of 5 stars Terrifyingly fun!!!
Reviewed in the United States 🇺🇸 on September 19, 2017
Verified Purchase
What a fun book to read! I really enjoyed this terrifying, triumph of trolls, tales! There was plenty of different kinds of Trolls. I didn't even realize there were so many. This collection of authors and their tales were a delight to read with plenty of fun and some terror too to tantalize your taste buds on trolls. A definite must read!
Read more
One person found this helpful
Helpful
Report abuse

Elena E.G.
5.0 out of 5 stars A fantastic and fun read
Reviewed in the United States 🇺🇸 on March 17, 2017
Verified Purchase
A fantastic and fun read! Beautifully illustrated, these stories will make you laugh and cry, they'll give you shivers and sheer joy. I first flipped through the pages just to enjoy the beautiful illustrations, then went back to page one and devoured all the words, every single story a true gem to savor.
Read more
3 people found this helpful
Helpful
Report abuse

Suzy
4.0 out of 5 stars Magic trolling
Reviewed in the United States 🇺🇸 on April 13, 2017
I was gifted this by one of the authors and all I can say is thank you! It kept me entertained during a very busy time and gave me a wonderful break from reality. A rare collection of many gifted authors, this is a real treat. I highly recommend it.
Read more
2 people found this helpful
Helpful
Report abuse
See all reviews

Clare W
5.0 out of 5 stars So funny and poignant
Reviewed in the United Kingdom 🇬🇧 on January 1, 2021
Verified Purchase
A fantastic read. I'd read some of the authors before so had high expectations, which they exceeded.
Read more
Report abuse
See all reviews
Report an issue
Does this item contain inappropriate content?
Report
Do you believe that this item violates a copyright?
Report
Does this item contain quality or formatting issues?
Report