Wicked Angel: A Novel and millions of other books are available for Amazon Kindle. Learn more
Share <Embed> 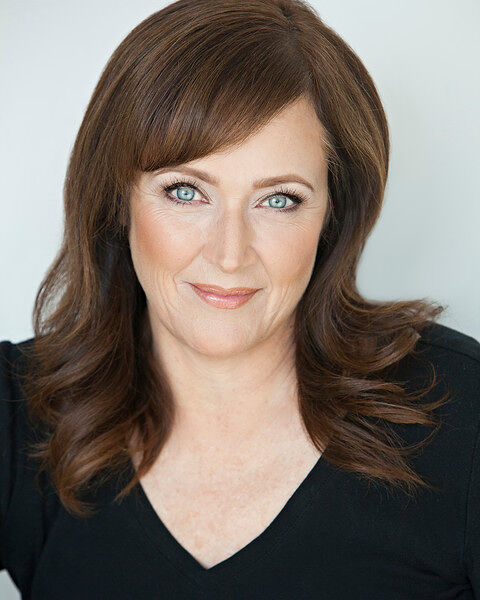 4.0 out of 5 stars 91 ratings
See all formats and editions
Sorry, there was a problem loading this page. Try again.
Previous page
Next page

Start reading Wicked Angel: A Novel on your Kindle in under a minute.

4.0 out of 5 stars
4 out of 5
91 global ratings
How are ratings calculated?
To calculate the overall star rating and percentage breakdown by star, we don’t use a simple average. Instead, our system considers things like how recent a review is and if the reviewer bought the item on Amazon. It also analyzes reviews to verify trustworthiness.
Top reviews

Becky
1.0 out of 5 stars Suffocating
Reviewed in the United States on May 29, 2018
Verified Purchase
The heroine is sweet, so very sweet, so very, very sweet, and so very, very stupid and completely lacking in self-knowledge. All she wants to do is help the poor little orphans, and how could that possibly be wrong? The only thing missing was the cute little Disney forest creatures dancing around her.
Read more
3 people found this helpful
Helpful
Report abuse

Kaori
1.0 out of 5 stars No liking for the couple
Reviewed in the United States on May 12, 2016
Verified Purchase
Regretted purchasing this. Oh well, but I'm not one with a lot of patience. The male lead only appears at 30th odd page. Generally I skipped most of the beginning and the end because it was SO draggy. I get it when we are all NOT angels but I simply cant get myself to like the main couple. Both were so wishy-washy and downright 2-faced. Acting the devoted and faithful partner to their OWN betrothed, and rolling in the hay together in adultery the next second. It really disgusts me. It's one thing to 2-time and another story when you are being engaged.
Read more
10 people found this helpful
Helpful
Report abuse

Richard and Diana Chicago
3.0 out of 5 stars Breaks along the way
Reviewed in the United States on June 10, 2018
Verified Purchase
Although I loved the story and am grateful that the heroine was not another blond, I found that I had to take breaks and read other books while reading this novel. It was a little like watching a Mexican telenovela, the angst was overwhelming. However, the makeup scene saved the day and a happy ending was had by all. Including me!
Read more
One person found this helpful
Helpful
Report abuse

RETSmile
VINE VOICE
5.0 out of 5 stars Sooo Sooo Good...Heartwrenching
Reviewed in the United States on September 15, 2008
Verified Purchase
Okay, I take back anything I've ever said about poetry spewing heroes. This one did it for me. I love both the hero and the heroine in this story. You can f e e l this tumultuous relationship as you read. This author carefully cultivates both the characters and the relationship. This and The Devil's Love are my two favorite books by London and two of my favorite HR's as well. This was my second time reading Wicked Angel and I loved it the first time too.

The hero and heroine both want to do their duty to their stations and responsibilities in life but their love is so strong that it pulls them out of their life plans and puts them in circumstances for which neither are prepared or know how to handle. The reader travels with them through their struggle, in what seems like an impossible situation, to figure it all out. The book is smooth through these problems, no abrupt "realization" or too easy solution. These characters suffer their actions and decisions. The H/H are intelligent and caring and this is a fantastic, highly recommended read.
Read more
2 people found this helpful
Helpful
Report abuse

Siefs
1.0 out of 5 stars I have never hated a couple more
Reviewed in the United States on February 25, 2015
Verified Purchase
I have never hated a couple more .... by the time I got to the final few chapters I was praying for a volcano to erupt and kill the two main characters -- I would have rather followed the supporting characters (brother, fiance', etc.) than these two. So, unless you like females that cry buckets of tears -- and tears -- and tears -- and main characters without honor, I would skip this one.
Read more
13 people found this helpful
Helpful
Report abuse

Avid Reader
1.0 out of 5 stars I could not finish it!
Reviewed in the United States on June 26, 2018
Verified Purchase
It started with a decent plot, then fell apart. I could not finish it! The "hero" isn't a hero. He is a disgusting, pushy, demanding man. The heroine is a whiny victim, with no backbone. Neither had a redeeming quality by the time I put it down. Sad. I really wanted to like the boo.
Read more
One person found this helpful
Helpful
Report abuse

Disappointed Kindle Customer
1.0 out of 5 stars The main characters are extremely unlikeable!
Reviewed in the United States on May 29, 2018
Verified Purchase
The two lead characters are extremely annoying, neither had any honor, and it went on for far too long. There were many things that I didn't understand: Why a widow who was almost 25, was still under the thumb of her guardian? Why would she just give away her inheritance when they are so destitute they have to trade vegetables for candles? She is a widow but still needs a chaperone otherwise her reputation suffers? Others before me have said it better, but the gist of it is: Save yourself some time and money, skip this one!
Read more
5 people found this helpful
Helpful
Report abuse

Laurel
5.0 out of 5 stars Wicked Good
Reviewed in the United States on September 29, 2014
Verified Purchase
Wonderful hero and heroine in this beautiful novel. Filled with humor and passion, Wicked Angel kept me enthralled all the way through. I loved Lauren! She was everything you could ask for in a heroine....compassionate, funny, quirky, beautiful and passionate. Her chemistry with Alex was palpable. Their gut wrenching decisions made for a dramatic story line and unfortunately left heartache in its wake. However, the theme of following your heart and letting nothing stand in your way is what ultimately drives the the characters till the end.
Read more
Helpful
Report abuse
See all reviews

KMacg
4.0 out of 5 stars Charming and engaging story
Reviewed in the United Kingdom on August 6, 2008
Verified Purchase
I enjoy Julia London's style of writing and I quite like the characters she creates. In Wicked Angel, the lead character Lauren Hill is poor, but quite beautiful and her uncle keeps trying to engineer a financially advantageous alliance, which he succeeds in doing by marrying her off to a very old man who is a Bavarian count, who dies a short time later, leaving his estate to Lauren. However, Lauren doesn't feel right about taking the property from Magnus, the counts nephew who should have inherited. The beginning of the book sees her being escorted back (again penniless) to Britain by her brother after the count dies and she resumes her life at Rosewood. Rosewood is falling apart and Lauren's uncle starts to engineer other potential alliances for Lauren that will help pay for Rosewood. Then there's Alex Christian, the Duke of Sutherland no less, who is weighed down under the pressure of his position and responsibilities and is engaged to a woman who he does not love and seems to be resigned to second best. He decides to escape to the country to find some peace and then chances to meet Lauren. Their meeting is written with humour and they fall for each other beautifully. Reality calls and Alex has to go back to London. They meet up again several months later and it is quite entertaining to see how Lauren reacts to Alex when she realises that he's a Duke...etc...etc., as of course, Alex never revealed who he really was. Some parts were funny and made you wince especially when she finds out who alex really is. I enjoyed the book, however in the end it dragged on a bit and wasn't as interesting as the first 3 quarters of the book. Still, it was a good read.
Read more
4 people found this helpful
Report abuse

Cynthia
5.0 out of 5 stars Brilliant period romance
Reviewed in the United Kingdom on September 9, 2014
Verified Purchase
I'm becoming quite a fan of Julia London, everything of hers I've read so far has been wonderfully well written and she creates some very likeable and realistic characters. I would say that you need to stick with it through the first chapter set in Bavaria, for some reason it didn't jive for me but it very rapidly warmed up into a story I couldn't put down. I'm thankful that I still have more of London's work left to read. I hope she types uncommonly fast.
Read more
Report abuse

Jessica
5.0 out of 5 stars Fantastic read
Reviewed in the United Kingdom on June 1, 2018
Verified Purchase
This book was everything and more. I was literally smiling through because their love was magical. A must read .
Read more
Report abuse

Garry Littlejohns
5.0 out of 5 stars Five Stars
Reviewed in Canada on May 4, 2018
Verified Purchase
AAA+
Read more
Report abuse
See all reviews
Back to top
Get to Know Us
Make Money with Us
Amazon Payment Products
Let Us Help You
EnglishChoose a language for shopping. United StatesChoose a country/region for shopping.
© 1996-2021, Amazon.com, Inc. or its affiliates