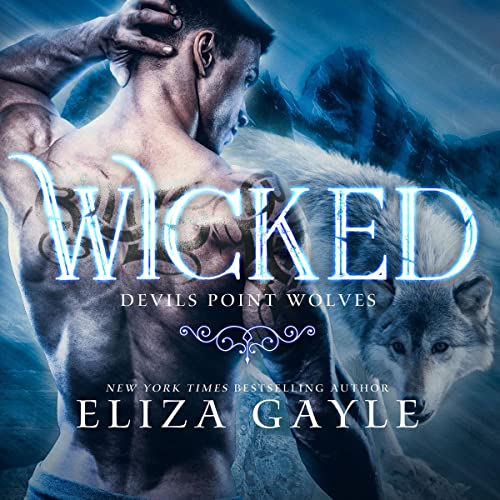 Fueled by revenge, driven by need. This mating season won't go down easy.

Rebel has one last thing to do before she can walk away from her life on Devils Point and the man she can't get out of her head. Find the shifter who hurt her sister. She'll have to work with Dante to make it happen, and that might be the final straw that breaks her. Unless she can come up with an idea to get him out of her system. Like one night of no holds barred sex. Hot, dirty and thoroughly....

Yeah, she definitely needs to get her mind out of the gutter.

Dante thought he was waiting for his mate. It's what they were taught and what every wolf yearns for. But this mating season brought him a different kind of woman. Curvy, feisty, and downright wicked. She is also not his true mate, and everyone thinks he should let her go. Too bad she's under his skin, and he doesn't know what to do about it. Well...he actually does have some ideas about that.

Your audiobook is waiting!
Learn more about membership
List Price: $6.95
You Save: $0.96 (14%)
By completing your purchase, you agree to Audible’s Conditions Of Use
Sold and delivered by Audible, an Amazon company

Hope Leslie (Charlotte)
5.0 out of 5 stars Wicked: The Mating Season
Reviewed in the United States 🇺🇸 on November 9, 2021
Verified Purchase
Short story but has a lot of intrigue throughout. Dante has the hots for the dancer, Rebel, but both are fighting their attraction to each other. Rebel decides to act as bait to find the rogue but things do not go according to the plan.
Read more
Helpful
Report abuse

Rebel just found a few weeks ago that the man she is in love with is a werewolf. Shortly after she found out, her twin sister shows up and was bitten by a wolf on her way to the island. Her sister Faith and Dante's brother, Damien, form a bond as true mates. After finding out what true mates are Rebel finds the courage to ask Dante if she is his true mate....and of course, she isn't. She doesn't think she can stay and watch Dante either take her as a mate and not be completely happy, or find his true mate and have to watch them together. It is time to move on. First, she wants to help get the rogue wolf that bit her sister.

Dante knows that Rebel isn't his true mate, but he and his wolf really want to mate her. First things first though. Need to catch a rogue wolf and the Hunter that he keeps catching the scent of. Finally, Rebel shows intrest in taking things further, but then she announces she is planning to leave. He needs to talk her into staying, because she is the right one for him and doesn't want to live in a world without her by his side. Now to just convince her of that.
Read more
One person found this helpful
Helpful
Report abuse

Abby Amos
4.0 out of 5 stars Nice Read!
Reviewed in the United States 🇺🇸 on March 25, 2021
Verified Purchase
I seemed to have enjoyed reading this book better than the first one. I liked the chemistry better between Dante and Rebel! I wondered why wasn't Faith's character in this book? Her name was mentioned, but we didn't actually hear from her. This may be be a book that you can enjoy!
Read more
Helpful
Report abuse

Kindle Customer
4.0 out of 5 stars Wicked
Reviewed in the United States 🇺🇸 on July 19, 2020
Verified Purchase
Very interesting reading this book the next one bits the dust and finds his love he has wanted good book
Read more
Helpful
Report abuse

Jeanne Wagner Shaw
5.0 out of 5 stars This book rocks!
Reviewed in the United States 🇺🇸 on July 13, 2015
Verified Purchase
Like shifter romances? Want to read a really good one? Then read this book.

This is book 2 in this series. I loved the first one and have been waiting impatiently for this one. We were teased unmercifully with Dante and Rebel's attraction to each other in the first book. I expected them to end up together but reading their journey was delightful. The plot moves quickly and logically. Dante and Rebel are strong, liikeable and engaging.

Did she tease us to prepare us for book 3? Of course she did. Will it be as fantastic as this one was? I'm betting yes.
Read more
One person found this helpful
Helpful
Report abuse

Kindle Customer
5.0 out of 5 stars LOVE THIS SERIES
Reviewed in the United States 🇺🇸 on July 15, 2015
Verified Purchase
this book was so good. they finally decided to give in to what they feel. will they be true mates? will they finally mate? will they survive the hunters? I can't wait to see how Diego falls. :-)
Read more
Helpful
Report abuse

Sandy Davidson Scheer
5.0 out of 5 stars Wicked is right
Reviewed in the United States 🇺🇸 on July 31, 2015
Verified Purchase
This is one very wicked book. It turns you on the whole way through. It is very well-written with a great story. Can't wait to read the next one in this series.
Read more
Helpful
Report abuse

Joyce Tenney
5.0 out of 5 stars Great read
Reviewed in the United States 🇺🇸 on March 23, 2016
Verified Purchase
Dante and Rebel go through many things, even though their not true mates they stick and stay together because they have strong feelings and love for one another. Really enjoyed this book.
Read more
Helpful
Report abuse
See all reviews

Marie P
4.0 out of 5 stars Wicked and sweet
Reviewed in the United Kingdom 🇬🇧 on February 14, 2021
Verified Purchase
Rebel and Dante have been dancing around their attraction for months, the chemistry between them and the sparks that fly each time they are in a room together are rubbing off on all the other wolves...not good during mating season, but leads to a sizzling hot night when they finally come together.
This is book two, it continues from book one and leads into book three...it does have a couple of surprises but I do suggest you read the books in order for them to make sense.
Read more
One person found this helpful
Report abuse

Cathy.
5.0 out of 5 stars Review
Reviewed in the United Kingdom 🇬🇧 on January 7, 2017
Verified Purchase
Fab so much shifter fun. Cool well drawn characters good action and hot love what more do you need??? Nothing!!!!
Read more
Report abuse

shewolf
5.0 out of 5 stars Great shifter series
Reviewed in the United Kingdom 🇬🇧 on September 9, 2015
Verified Purchase
Had to buy as part of the series to see what happened to the rest of the family group.
Read more
Report abuse

PBH
4.0 out of 5 stars Four Stars
Reviewed in the United Kingdom 🇬🇧 on September 27, 2017
Verified Purchase
Its a book I read it and it was O.K
Read more
Report abuse