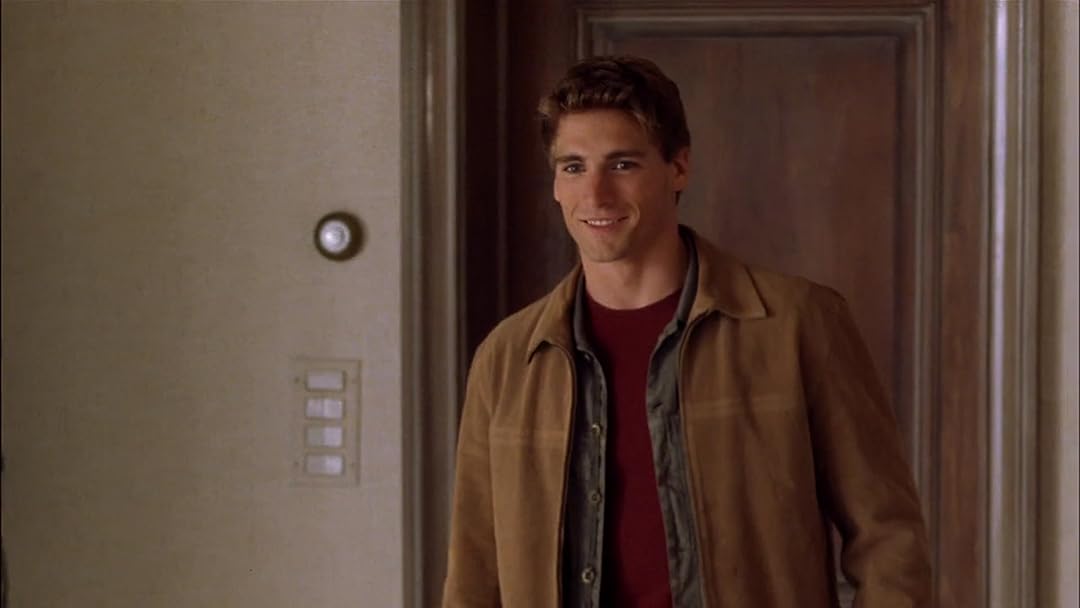 (70)
1 h 32 min200313+
Seduced and then blackmailed by his beautiful, young stepmother, a university student must prove his innocence in his father's murder-a difficult task as twists and turns abound in this highly charged thriller.

Amazon CustomerReviewed in the United States on November 19, 2020
1.0 out of 5 stars
Not worth watching unless you are doing chores or something else.
Verified purchase
The actors did a great job. However the movie presented no evidence for the viewer to try and figure out the ending. There was no twist. During the majority of the movie, the only character it had to be was the younger goldigger. Of course, if one is going to marry for money, that certainly makes her a killer. Right? No one suspects the son. Why? Because again, to the audience he is presented as Mr. Perfect. And then they bring this young woman in, his partner in crime, later in the movie, and soon the audience is told that they had met at the wedding by the son. That is not a twist. It is leaving out valuable information that should have been presented at the beginning and during, for the viewer to come to their own conclusion based on what the actors say and do. Slamming the viewer with the words and action of the son and his girlfriend about how they concocted this conspiracy years before IS NO TWIST PEOPLE.

AndrewReviewed in the United States on October 13, 2019
4.0 out of 5 stars
Taboo, but a Thriller full of Twists and Turns
Verified purchase
The subject of a son having sexual relations with his new stepmom is certainly taboo, but as a whole this was a good movie. It's not the kind of movie where you know what the ending will be within the first ten minutes which I really like in a movie. It kept me engaged as well as surprised right up to the end.
3 people found this helpful

JWReviewed in the United States on June 9, 2019
3.0 out of 5 stars
Good plot right up to then end- then messed up.
Verified purchase
The last little twist ruined the dovetail in the plot that I had figured out. The son did have me fooled thought; that was a good twist, but Lana turning up skewed his plan, I think.

WilliamReviewed in the United States on July 6, 2019
5.0 out of 5 stars
Really good thriller
Verified purchase
I don't really write reviews for movies but this one was really good. Im usually pretty good at predicting the end of movies but this one I was totally off!! This movie had a lot of twists and really surprised me in the end. The title is right on it's wicked minds, but what do you expect with a father like that! Something was bound to rub off on his son, but still doesn't excuse his actions. The son could've have disinherit himself and lived a simple life. but greed was too hard to ignore for him I guess!

santa cruz womanReviewed in the United States on July 9, 2019
4.0 out of 5 stars
hmmmm
Verified purchase
can't say too much given all the twists in the pic. but it held the interest, laid out obvious plots and then kept tossing out things. if you watch carefully you'll see where it is going and then another twist. glad i watched it.
2 people found this helpful

slomoeReviewed in the United States on November 7, 2020
2.0 out of 5 stars
Murder she wrote plot
Verified purchase
But at least in the series Murder she wrote , one can love the characters. In this movie , all characters are bad. the dialogue is fake and unrealistic. The love story between the step son and the step mom is sad and the love making is gross . It's soft porn and the music every time the step son and mom are together proves it. The kissing between Nicole and Holden is also something else. I was like is this a joke! I've wasted 2 hours of my life on it but I managed to watch the ongoing and never ending vote count and played Bubble Pop while watching it.

S. E. AReviewed in the United States on May 11, 2019
4.0 out of 5 stars
Lots of Twists and Turns-Worth the Watch
Verified purchase
Great acting, Angie Everhart is gorgeous and a joy to watch. The plot twists are like no other. It kept me guessing, and several times, I guessed wrong. Worth the watch.
3 people found this helpful

Glama PussReviewed in the United States on October 18, 2020
4.0 out of 5 stars
Slow, fairly predictable until...
Verified purchase
the twist near the end. Thought it was another lifetime movie which I notice amazon has lots of, was speeding thru, okay yeah what a stupid kid, but then...the major plot twist. I wanted the ending to be something else when Lana
reappears but no. Another twist. Very watchable, recommend.
See all reviews
Back to top
Get to Know Us
Make Money with Us
Amazon Payment Products
Let Us Help You
EnglishChoose a language for shopping. United StatesChoose a country/region for shopping.
© 1996-2021, Amazon.com, Inc. or its affiliates