You've subscribed to Dragon's Gift: The Storm! We will preorder your items within 24 hours of when they become available. When new books are released, we'll charge your default payment method for the lowest price available during the pre-order period.
Update your device or payment method, cancel individual pre-orders or your subscription at
Your Memberships & Subscriptions
There was an error. We were unable to process your subscription due to an error. Please refresh and try again. 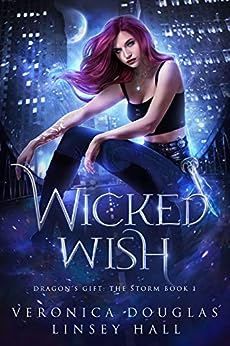 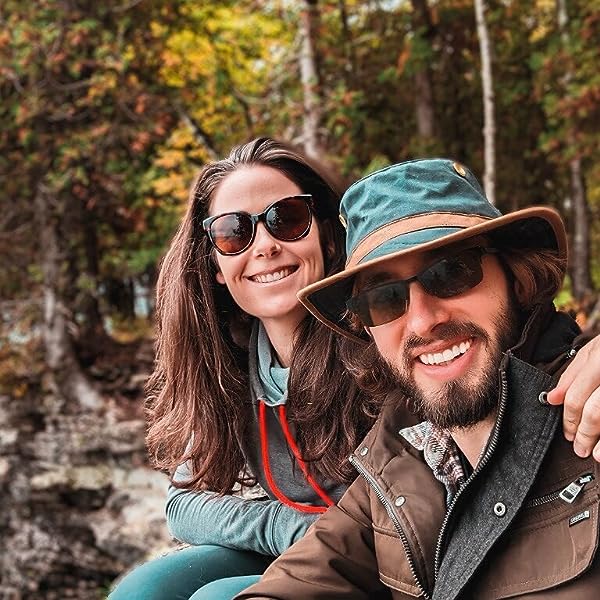 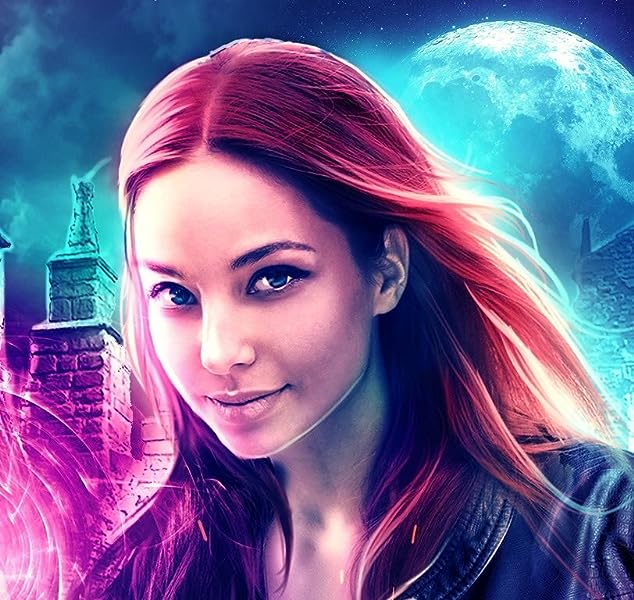 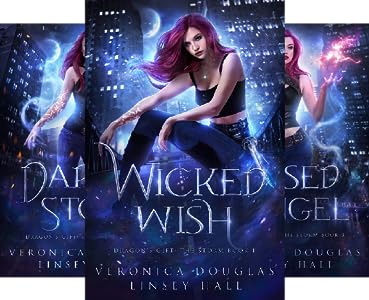 4.5 out of 5 stars
4.5 out of 5
250 global ratings
How are ratings calculated?
To calculate the overall star rating and percentage breakdown by star, we don’t use a simple average. Instead, our system considers things like how recent a review is and if the reviewer bought the item on Amazon. It also analyzes reviews to verify trustworthiness.
Top reviews

Dewsterling
TOP 1000 REVIEWER
1.0 out of 5 stars Corn Pop Culture
Reviewed in the United States on February 27, 2021
I am not a fan of Lindsay Hall’s writing and this book was a stark reminder of why. As a side note, I sincerely wish that Amazon would stop recommending her books to me. They frequently seem interesting, but the execution never holds up.

First, the fmc’s name is Nevaeh, which is Heaven spelled backwards. It’s the kind of trendy, trite name reminiscent of Tiffani with an “i”, Krystal with a “K”, Brandy/Brandi, and other stripper-adjacent names. The other characters have names like “Rhiannon” after the Fleetwood Mac song or “Damien Malek” that sounds like the authors hybridized the British actors Damien Lewis and Rami Malek.

Despite acting as the introduction to a multi-book series, the authors don’t bother having Nevaeh learn anything or struggle with anything that happens. She is instantaneously an expert in all things the moment she tries for the first time. She is able to locate a specialised book and cast a spell from it in the midst of a massive fight. Even though she has only ever realm-walked once in her life, she reads about it in a book and simply does it. She doesn’t need to think about it, or practise, and she is able to take Malek along with her without a hitch. Then she quickly learns how to fly, wield magic, fight giant ice monsters, and tame a dragon - none of it phasing her in the slightest. The only thing that makes her blink is a dream that she has about Malek. 🙄

As a testament to the dearth of imagination and Mary Sue characteristics, the Air realm that Nevaeh takes Damien to visit has an island named Capri, exactly the same as the island in Italy. Instead of using their own imaginations to develop the AU, the authors draw parallels to other pop culture references including How To Train Your Dragon, Harry Potter, and Raiders of the Lost Ark. Ultimately, all of the creative short cuts make it impossible for me to think of anything other than Stevie Nicks singing RhiiiiAnnnnOooonnn whenever the character is mentioned or envisioning Rami Malek with Damien Lewis’s bright red hair.
Read more
42 people found this helpful
Helpful
Report abuse

Zv
5.0 out of 5 stars Exciting New Series by a New Writing Couple
Reviewed in the United States on February 24, 2021
Verified Purchase
Wicked Wish is the start of an exciting new series set in the world of Linsey Hall’s Dragon’s Gift series’s. We meet Neve and follow her adventures with the dark anti-hero Damien as they try to rescue Neve’s best friend from an out-of-control djinn. The book is very well written with exceptional world building to support the action sequences. The interactions between the characters flow well and at times get intense. The book was fun to read and the story was engaging. I’m looking forward to the next installment of this series.
Read more
10 people found this helpful
Helpful
Report abuse

Kathy M.
5.0 out of 5 stars I'm in djinn love
Reviewed in the United States on February 25, 2021
Verified Purchase
I've read a few books about djinn and liked them all. I really loved this fresh out of the box approach! I mean in this series you created djinn that do things I've never read possible. Not to mention the world you created for them. So mind blowing! The attraction and chemistry these to have is great. It's a real moral concern for Neve because she works for the good guys. Damien is a bad guy, with quite the reputation. I can't wait to read what happens next especially after that ending!
Read more
4 people found this helpful
Helpful
Report abuse

CM
5.0 out of 5 stars Amazing! Loved it!
Reviewed in the United States on February 22, 2021
Verified Purchase
Absolutely loved Wicked Wish. In this return to the Dragon’s Gift world we get to learn more about Neveah and Magic Side. Neve is fantastic. She’s tough, strong, and independent.

This book is more similar to the Dragon’s Gift series than to the more recent Shadow Guild books. It has a ton of action and adventure, along with a lot of historical content woven in. There are hints of romantic tension, but it’s well done and not overtly prevalent throughout the book. Overall Wicked Wish is fun, entertaining, with some awesome action.

I received an advanced copy of this book and this review is my own opinion.
Read more
4 people found this helpful
Helpful
Report abuse

LDDz
5.0 out of 5 stars More Dragon's Gift World!!!
Reviewed in the United States on March 9, 2021
Verified Purchase
Neveah and Damian are interesting and bring back a lot of the quirky and fun heroines in other Linsey hall books. I like how she incorporates many beloved ideas about dragons and magic as well as history and melds them all into another awesome adventure that takes place in a wold clearly interwoven with ours but still full of wonder and excitement and just different enough to make me want more.
Read more
One person found this helpful
Helpful
Report abuse

Goodlife
5.0 out of 5 stars Excellent Read
Reviewed in the United States on March 5, 2021
Verified Purchase
Love this story. Hard to put this book done. Adventure, action, a bit of heat and possible romance, even friends, what more can you ask for in a story? Yes, I recommend this book, “Wicked Wish”.
Read more
2 people found this helpful
Helpful
Report abuse

Jackie Bach
5.0 out of 5 stars Awesome
Reviewed in the United States on February 23, 2021
Verified Purchase
I thought this was great! I love the world building and I thought it was cool to see Nevaeh again! I can’t wait to see what happens next!
Read more
2 people found this helpful
Helpful
Report abuse

ATLgal
5.0 out of 5 stars Great book! Couldn't put it down.
Reviewed in the United States on April 3, 2021
Verified Purchase
It takes you on an adventure with many twists and turns between two worlds. A tale of true friendship and a woman's determination to face danger and the unknown to save her friend and discovering her magical powers in the process.
Read more
One person found this helpful
Helpful
Report abuse
See all reviews

Toni Glitz
5.0 out of 5 stars Perilous adventures, kidnappings and a dark fallen angel. How will our heroine survive?
Reviewed in the United Kingdom on March 16, 2021
Verified Purchase
This is the first in a new series set within the Dragon's Gift world. This is a slow burn paranormal romance where our female main character has to work with a known criminal with a dark history. Her adventure with him will wake her dormant powers and pull her and her friends into perilous situations. Can he be trusted or is she finding herself drawn to someone who will be her undoing?
We also see cameos from some familiar characters who have been a part of this world since the beginning.
As usual, we are treated to real historical facts and mentions of age old myths, which make these books so much more interesting.
I love the worldbuilding in these books. I have read every singles one so far and each time I am left eager for the next book in the series. Luckily for me, I only have to wait until tomorrow.
Read more
Report abuse

Vallene
4.0 out of 5 stars A action packed story about djinn and adventure
Reviewed in the United Kingdom on May 4, 2021
Verified Purchase
Action and adventure. Djinn and whole new world with new creatures and oddities. Fun, entertaining, angst driven plot that keeps you locked in. Worthwhile reading if you enjoy dark broody bad fallen angel and a quirky half Djinn finding her powers and inner strength.
Read more
Report abuse

mona
5.0 out of 5 stars New world
Reviewed in the United Kingdom on February 24, 2021
Verified Purchase
Love stepping into a new world. Love the crossovers and absolutely love the plot twists. All in all... love the new series!!! Great work ladies
Read more
Report abuse
See all reviews