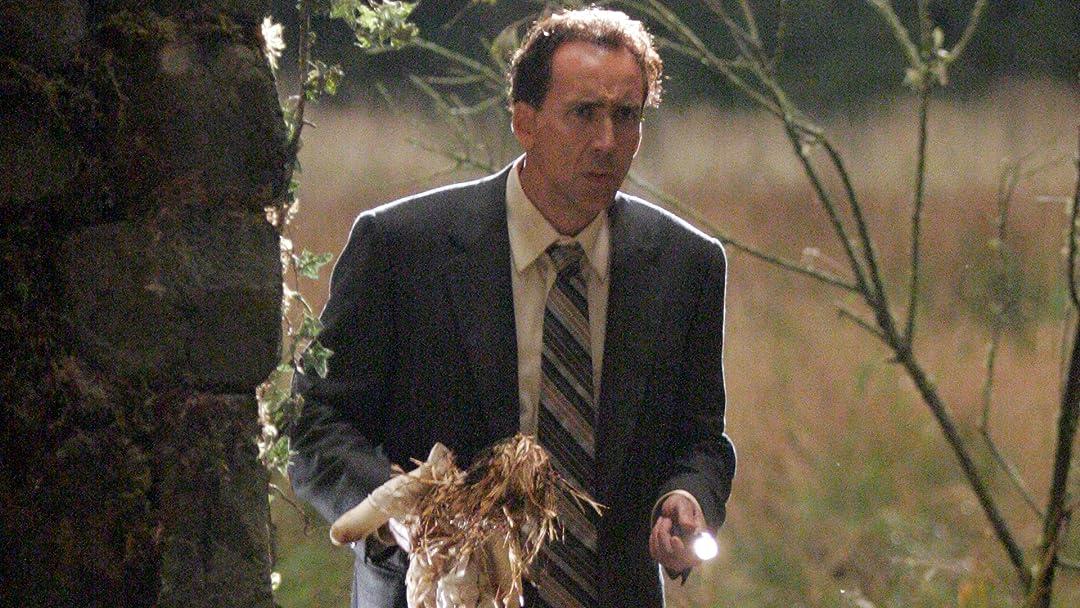 Amazon CustomerReviewed in the United States on February 15, 2020
1.0 out of 5 stars
Bee Torture Scene Cut
Verified purchase
I’m so mad. I only ordered this to see the scene here Cage gets tortured with bees, and this version has that scene cut!

I found out about the scene through a meme — it’s the only enjoyable part of the movie — and they took it out!

BeccaReviewed in the United States on May 29, 2020
1.0 out of 5 stars
Very disappointed in Prime
Verified purchase
You guys REALLY need to organize the search on the video app a lot better! I accidentally bought this neutered version instead of the desired, superior Unrated version because your suggestions show t he 1973 version, then the 2006 version, then trails off into nonsense for a few slots. My experience was absolutely ruined by hearing the audio but not being abls to SEE of the scene I'd payed to see! Literally the one part I wanted to see is the one part removed from this version.

I'd like to get my money back so I can buy the version I'd prefer, now that I know there's a difference.

Richard BallardReviewed in the United States on May 20, 2018
4.0 out of 5 stars
Be careful whose family you join!
Verified purchase
I am a Nicolas Cage fan, but I was put off by this film's lukewarm reviews. I watched this film (the unrated version with the alternate ending), and then I re-viewed the 1973 VHS cassette (84 minute) British film version of the [[ASIN:6303149200 Wicker Man [VHS]]].

The 1973 British film version is classic lusty cinema from a comparatively staid era. Today's cinema viewers are jaded, and the 2006 US film remake reflects US modern cultural differences while following a similar plot. The 1973 film depicts British Pagans lustily worshiping agrarian fertility and human fertility while seeking a Christian sacrifice to appease their Pagan indifferent gods. The 2006 film depicts Dianic witchcraft (a magickal tradition discussed in [[ASIN:014019536X Drawing Down the Moon: Witches, Druids, Goddess-Worshippers, and Other Pagans in America Today (Compass)]] where men play a weak supporting role): the Dianic witches proactively identify a potential future sacrifice in case the witches' apiaries (where symbolically the queen bees rule and male drones largely are idle) fail.

That said, Nicolas Cage believably depicts a man personally pulled into a (Pagan) family intimate problem. And both film versions follow the identical plot to the point of repeating dialogue. But the 21st Century Dianic witchcraft depicted in this film remake lacks the entertaining charm of the 20th Century lusty Paganism depicted in the film original version.
15 people found this helpful

Joseph McGuinness (Ray Ray's Records)Reviewed in the United States on November 24, 2019
1.0 out of 5 stars
Hollywood can screw up anything
Verified purchase
I only recentky saw the original and i was so impressed that i had to see how bad the remake was. It is a stinker. Some have said its the same plot and while its basically the same arc lots of changes are made. I dont want to spoil some bits but i see many. Anyway, whereas the original used a perfect plot perfect pacing perfect scenery perfect music this relies on jump scares and car crashes and hallucinations for its effect. Its made for the lowest common denominator. He points his gun at a girl "step away from the bike" so frigging idiotic. The pagan rituals are gone. The sexy dancing witch is gone. The subtlety and beauty of the original are gone. Replaced with stock suspense music and other hollywood nonsense. Dont remake classics into trash please! Just restore and augment the original CLASSIC with some extras. Oi!
5 people found this helpful

Hilary.."My Two Cents"Reviewed in the United States on October 2, 2018
4.0 out of 5 stars
4 stars because its so bad
Verified purchase
This has to be one of the worse movies in history but its so fun to watch. Where else can you see Nick cage dressed like a bear and go around punching people! Its so bad its good so for the price i went ahead and bought it. I havent seen the alternate ending yet but im sure it cannot resurrect this atrocity. For under 10 bucks its worth owning just to laugh hysterically!
10 people found this helpful

Darth EarlReviewed in the United States on January 24, 2017
2.0 out of 5 stars
Not the bees!
Verified purchase
Delightfully terrible. Pairs well with alcohol.
24 people found this helpful

E. RohmanReviewed in the United States on April 28, 2020
2.0 out of 5 stars
Eh
Verified purchase
I watched the original and the remake back to back. It's a nice attempt to update the story, but Nick Cage is really...erm...odd in this role. Ellen Burstyn makes the movie, but she's only really in about 10 minutes of it total. Skip this one and watch the original...it's MUCH better.
3 people found this helpful

Spunky GirlReviewed in the United States on January 27, 2021
1.0 out of 5 stars
NOTE: This is the theatrical release - not the DVD unrated cut
Verified purchase
If you're looking for full Nicolas Cage content, don't rent this. This PG-13 cut does not include the climax scene in which he is tortured and yells THE BEEEEEEESSSSSS! That line is completely cut, as is much of the violence, making for a confusing collision of crowd shots and wailing.
One person found this helpful
See all reviews
Back to top
Get to Know Us
Make Money with Us
Amazon Payment Products
Let Us Help You
EnglishChoose a language for shopping. United StatesChoose a country/region for shopping.
© 1996-2021, Amazon.com, Inc. or its affiliates