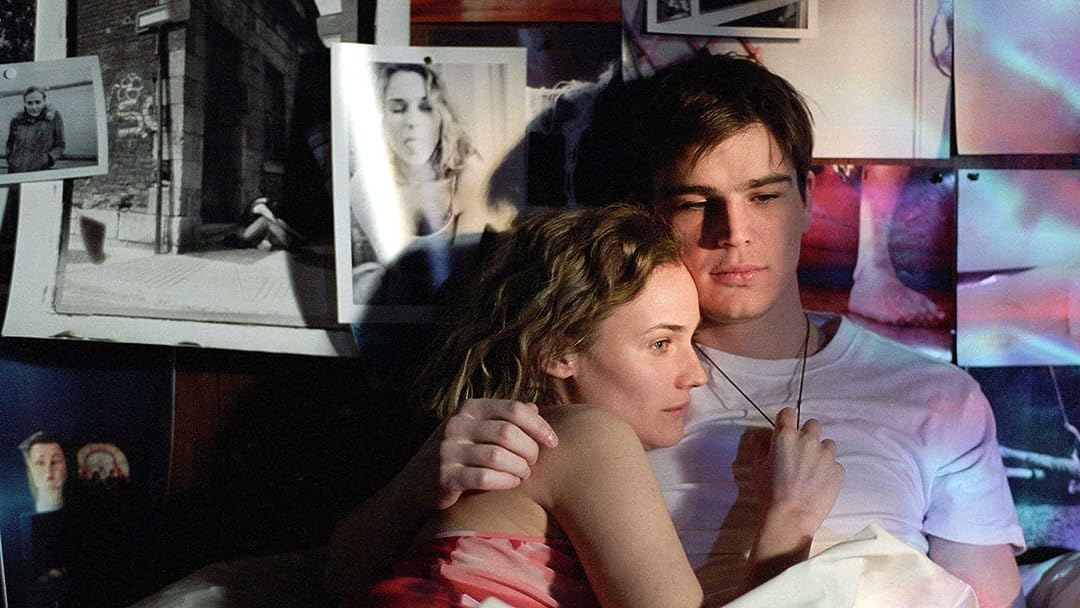 (1,006)
7.01 h 54 min2004X-RayPG-13
Two years after the woman he deeply loved disappeared, Matthew catches a fleeting glimpse of her in a local bar and begins a twisting search to find her and discover what really happened.

Karen L. DunleavyReviewed in the United States on May 26, 2019
4.0 out of 5 stars
Another Great One for 2019. Thanks Amazon Prime.
Verified purchase
I really take to more seriously type stalking movies and hesitated to watch this because I read reviews on IMDB that this also had a humorous side and was super romantic. I found these subjects actually added to the flavor of the movie making it slightly different an special than the norm. This movie deserved a five except for the beautiful ending which went on overlong slightly. I did love the ending but I did think, "Come on, get it over with." The music was so good though I played it out until the end. (The music used in this was one of the best soundtracks used for a movie I have ever heard and I do not at all buy music scores but I may do it here.) As others stated, you do have to pay attention really well to the movie to track what is happening. I was confused at first but caught on to the back and forth of the past vs. present. It starts in the present and flashes back. Such a beautiful movie. I may not have got into the characters as deep as I might do with other movies but I still got emotionally involved towards the end. I was also glad it did not end in murder. I thought it might with the obsessed character. Such a redemptive theme when this person admitted the wrong. Anyway, this movie did keep me on the edge of my seat. It was just different in an enthralling way. I may watch it again. there were a couple of things that happened which were rather something you had to disband belief with, but this is fiction so it did not resonant with me to be a distraction from loving the movie. As I said prior Romance is not a top movie subject to me but this time my hopeless romantic came out and took over. If you like psychological twists, fairytale endings romance, action, a twist of humor and lighter fare of creepy this is a good movie.
5 people found this helpful

Stephanie L.Reviewed in the United States on July 15, 2020
4.0 out of 5 stars
Good movie
Verified purchase
I like this movie because it shows how we're all rendered silly when we get struck by cupid's bow. The only difference between the obsession in one person and another is that one might get approval and be loved back, while the other might not. It's that simple, and the movie depicts this through the various triangles of love the characters get involved in.
4 people found this helpful

Online Shopping NurseReviewed in the United States on May 10, 2019
4.0 out of 5 stars
Enjoyable watch. Rare for these days.
Verified purchase
Found this movie on the Just Watch app. Never would’ve known about it otherwise. Really enjoyable storyline where what you need to pay attention to in order to figure the storyline out is right there, but gets past you. No way can you figure out what is going on, even though you’re given a bunch of clues along the way. I love a movie that is well acted and a good storyline that I can’t figure out, but is very intriguing. It does start out a bit slow, but give it about 30 mins and you’ll be in. Enjoy. I sure did.
One person found this helpful

A. SnyderReviewed in the United States on October 24, 2010
5.0 out of 5 stars
Most Affecting Performance
Verified purchase
I'm not someone who watches movies repeatedly, at least not very often. For example, I've only seen my all-time favorite, "Donnie Darko", only twice. However, over the six years since "Wicker Park" came out, I've watched it three times, and I've loved it every time.
Unlike some, I didn't find it at all confusing. If anything, watching the storyline unravel the very first time made that viewing the best of the three. And this is nowhere near as complex a storyline as "Memento", "Irreversible" (and one of the stars of that, Monica Bellucci, was in the original French version of this movie), or "Donnie Darko" for that matter (or heck, even "Pulp Fiction").
I'm not going to go into the plot. As Roger Ebert has pointed out, it's nearly impossible to do so without giving something away--and if you haven't watched it yet, I want you to be able to enjoy it as I did the first time.
What I do want to say is that Rose Byrne's performance in this film is fantastic. The look of pain on her face when someone reveals something to her through a dressing room door is so real that I actually felt it, as if I'd been punched in the stomach. And despite the foreknowledge during later viewing, that visceral reaction to her acting occurred the second and third time I watched the movie as well. During a much later scene in the film, in a restaurant, you can actually see the sickened (as in heartsick) look she gets as she realizes that she's not going to get what she most desires in the world. Simply an amazing performance throughout the film, and I honestly can't remember ever being as affected by the performance of any actor or actress in anything else (with the possible exception of Anna Chlumsky's performance at the funeral in "My Girl", but that was just one scene, not throughout the entire movie).

CReviewed in the United States on July 18, 2020
5.0 out of 5 stars
I LOVE everything about this movie!
Verified purchase
BEAUTIFUL love story full of twists, turns, and mystery. Everything was 5 stars - acting, directing, dialog, story line... One of my new favorites!! (but I definitely think you have to like this "type" of movie)

ToroloverReviewed in the United States on March 26, 2020
5.0 out of 5 stars
Recommended
Verified purchase
It's romantic and there's more to it. The Director did a fabulous job.
One person found this helpful

primerfanReviewed in the United States on November 12, 2019
4.0 out of 5 stars
Don't read the cast list before you watch the movie
Verified purchase
This movie is twisty and riveting. Yes, a few of the plot points strain credibility, but it's enjoyable nonetheless, and fun to watch again after you know the twists and turns. WARNING: the IMDB and Amazon X-Ray cast listings contain a HUGE spoiler.
One person found this helpful

Wesley AndersonReviewed in the United States on August 30, 2016
3.0 out of 5 stars
The plot seems like one Shakespeare would have used
Verified purchase
The attraction between the characters seems superficial. I never felt engaged with any of them. It has a few interesting moments because the narrative skips around in time (very French). The film was a remake of a French film. The plot seems like one Shakespeare would have used. A loves B, whose friend C also loves A. C plays a few tricks to split up An and B.
See all reviews
Back to top
Get to Know Us
Make Money with Us
Amazon Payment Products
Let Us Help You
EnglishChoose a language for shopping. United StatesChoose a country/region for shopping.
© 1996-2021, Amazon.com, Inc. or its affiliates