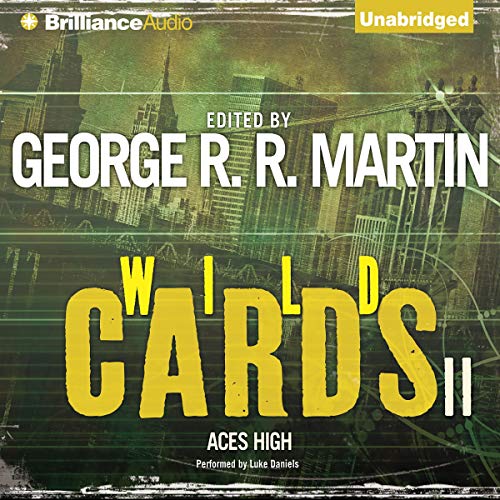 4.5 out of 5 stars
4.5 out of 5
169 global ratings
How are ratings calculated?
To calculate the overall star rating and percentage breakdown by star, we don’t use a simple average. Instead, our system considers things like how recent a review is and if the reviewer bought the item on Amazon. It also analyzes reviews to verify trustworthiness.
Top reviews

Buckycore
4.0 out of 5 stars Super fun. Like R rated Doctor Who
Reviewed in the United States on May 4, 2021
Verified Purchase
I love this series. To be honest, I love this more than a certain more well known book series that got made into a T.V. show from George R.R. Martin. I don't understand why the other reviews are so harsh on this book in particular. I realize it didn't have that pulp fiction vignette quality the first book had, as the stories were all integrated to a larger story arc. But that's what I loved about it. The story as a whole felt like an R rated version of the DC shows on the CW doing a massive cross over event mashed up with Doctor Who (because, I'm sorry but Doctor Tachyon is totally based on the Third Doctor from Doctor Who. And if any of these writers are liars) mashed up with some Love craft Country (Even though I know this came long before Love craft Country) This book is far from perfect. There's time of homophobia, sexism and racism happening here. But I'm sure the authors must realize this by now, as these were more simple, MTV times back then. No one said Aces were Woke in the 80s. Also, the writing still ventured off slightly in the amateurish grade at moments. But this was a vast improvement than the first book, and gauging from the chapter sample at the end, the third book even better. Of course George R.R. Martin's story about the turtle is the absolute best. But that's to be expected. The Turtle and GRRM rule! Anyway, if you crave that Heavy Metal comic vibe in prose form, this series in the jam.
Read more
Helpful
Report abuse

Craig
3.0 out of 5 stars Introduces some cool new characters, but overall lacks the great storytelling of the first volume
Reviewed in the United States on May 28, 2018
Verified Purchase
I was somewhat disappointed in Aces High after Wild Cards I had surpassed my expectations. I enjoyed some of the new characters--especially Dinosaur Kid, Water Lily, and the four new incarnations of Captain Trips--but the overall quality of many of the stories was lacking.

Part of the problem was too many overlapping story lines--an alien invasion of earth, a Takisian succession dispute, a chase after a black hole-powered singularity shifter, and an occult society of Masons trying to call down a mythological god to take over the world. Individual stories were forced to move too many players across the board from Point A to Point B in order to feed an overall arc, rather than letting each story play itself out in an organic way to serve its point of view characters.

On the other hand, maybe the root problem was that I just found the Mason society to be irritating and uninteresting.

Here are the individual story reviews:

“Pennies from Hell” by Lewis Shiner – Using a few clues planted in his previous story (“The Long, Dark Night of Fortunado”), the ace whose power is fueled by tantric sex tracks down a group of occultic Masons dedicated to bringing an ancient Sumerian deity named Tiamet to earth. This story sets up one of the vital plotlines of the book, but it seemed like a lackluster outing for one of my favorite characters.

“Jube” by George R.R. Martin – This is not so much a story as a series of interstitial scenes interspersed throughout the book to tie many of the other stories together into a unified whole. Jube is the Walrus joker mentioned but not named in Wild Cards I. Turns out, Jube is actually an alien, not a joker, and he has the key to technology that can save earth from an imminent alien invasion.

“Unto the Sixth Generation” by Walter Jon Williams—An alien swarm attacks earth and is repelled when all the aces gather (like the Avengers!) to destroy it. Meanwhile, a mad joker scientist living in New York creates an android named Modular Man who helps the aces. The Masons and Modular Man all hunt an alien singularity device that may (or may not) stop the aliens and may (or may not) summon Tiamet. If this plot sounds disjointed and somewhat reliant on coincidence, it is. The story is broken up into four parts with other stories mixed in between.

“Ashes to Ashes” by Roger Zelazny – The Sleeper returns in this broad comedy. Croyd is hired to rob the corpse of a dead alien—one of Jube’s associates—but a series of nearly slapstick digressions caused the body to be slowly lost and destroyed piece by piece.

“If Looks Could Kill” by Walton Simons – A telepathic but psychologically damaged ace is recruited by the Masons and their shadowy leader, known as The Astronomer. This story relies on scenes of ritual sacrifice and violent rape, but the plot is rather lame.

“Winter Chill” by George R. R. Martin –We catch up with Tom Tudbury twenty years after he became Turtle and find that living as a secret hero has ruined his chances with the woman he loves. This is the first strong, character-driven story in the book. However, I had a major quibble with one significant plot point: In a world that has been living with the virus for over 40 years, I think everyone would understand how the virus passes from parent to child—when it is dominate or recessive, and how someone can be a carrier without showing symptoms. This would be part of the fabric of everyday life and relationships, not secret information shared by Dr. Tachyon on the roof of a building in a clandestine meeting.

“Relative Difficulties” by Melinda Snodgrass – Fearing the planet will soon fall to the Swarm, the Takisians arrive on earth to collect ace specimens for further study and also recruit Dr. Tachyon as a pawn in a family power struggle. Readers learn a great deal about the doctor’s background and culture. Mark Meadows returns and the full range of his ace powers is revealed—he is Captain Trips, who uses various drugs to bring forth a host of multiple personas and bodies. All of a sudden, he is a more interesting and versatile character than when he was simply Radical. Turtle has a redemption arc, and even Kiet is brought into the forefront of the narrative in a surprising way. This story is funny, exciting, and layered.

“With a Little Help From His Friends” by Victor Milan – This is essentially a continuation of the previous story. Dr. Tachyon and Captain Trips investigate the death of an eccentric scientist, which leads to evidence the alien swarm is preparing a second wave of attack, this time possibly aided by Tachyon’s relatives.

"By Lost Ways" by Pat Cadigan -- Water Lily is an interesting addition to the pantheon, an impressionable young woman with an ability to manipulate water and a pesky habit of killing people she does not like by sucking all the moisture out of their bodies. Unfortunately, we do not get to see too much of her because this story expends a lot of its energy gathering all the various Masonic bad guys into one place, so the aces can defeat them and close out this subplot.

"Mr. Koyama's Comet" by Walter Jon Williams -- A well-told tale of an amateur astronomer whose life's desire is to discover a new comet, but he only succeeds in establishing the position of the Swarm ship.

"Half Past Dead" by John J. Miller -- Yeoman teams up with Fortunado, Dr. Tachyon, and Mai to infiltrate the Swarm Mother ship and save the planet. Fortunado's unique properties are underused, but otherwise this is a fun engaging tale. Mai's character gets an especially appropriate sendoff, and I hope to see her again to find out what happened after the alien ship left our orbit.
Read more
4 people found this helpful
Helpful
Report abuse

John M. Vizcarra
4.0 out of 5 stars Hitting the stride in book two
Reviewed in the United States on March 18, 2014
Verified Purchase
Aces High, book two in the Wild card series, has more of a central plotline. Whereas book one was mostly world building and introducing some main characters, book two pits those characters in a classic good vs. evil battle. The story features visits from two different alien species, with different ramifications for each. The world comes together to face one threat, and yet the social structure becomes even more segregated between Aces (those infected by the Wild Card virus who are granted powers that allow them to maintain a sense of normalcy), Jokers (those infected by the virus who are either deformed or granted powers with deformity) and Nats (uninfected humans).

Book one took place over the space of about 40 years as it traced the Wild Card virus back to its origin and brought it up to modern times (the mid-eighties, at time of publication). Book two now is entrenched firmly in the modern era, with second- and third-generation wild cards popping up as new characters, while some older ones are still around. Since most of the characters were established in book one, the second book turns them loose onto a single cohesive storyline. Though the book is written by many different authors, the effort to weave them together into a single tapestry is evident, especially how one character's presence or behaviors trickle into a subsequent chapter. It's very well done in that regard.

There is a definite climactic ending to the book; it's nice to have everything wrapped up. But there are still plotlines left dangling, which are left out there to be explored at another time - most likely in the third volume, Jokers Wild.
Read more
2 people found this helpful
Helpful
Report abuse

Steven Campbell
4.0 out of 5 stars Goodish
Reviewed in the United States on September 11, 2017
Verified Purchase
It was a pretty fun romp. I don't think as good as the first. Here are some kind of spoilers. Martin wrote turtle and he has a lot of similarities to tyrian lannister who probably has a lot of similarities to himself. The alien and the merging in this book is almost exactly identical to the alien and merging in the sci-fi series the expanse written by James s.a. Corey the pen name of two authors one who would play the role playing game that became wild cards with Martin another who would be the personal assistant of George Martin for some years. Just knowing all this stuff can see wow the ideas spawned and evolved over decades. Both those writers have repeated characters, themes, and even the exact same scenes on numerous occasions. Whether it was purposefully done or subconscious is anyone's guess
Read more
3 people found this helpful
Helpful
Report abuse
See all reviews

dECEIT70
5.0 out of 5 stars Excellent!
Reviewed in France on June 26, 2014
Verified Purchase
super-heroes done right!
this second volume is based on a dark conspiracy of cosmic proportions and is a refreshing change from the first book's grim and gritty take.
more power to George RR Martin!
Read more
Report abuse
See all reviews
Back to top
Get to Know Us
Make Money with Us
Amazon Payment Products
Let Us Help You
EnglishChoose a language for shopping. United StatesChoose a country/region for shopping.
© 1996-2021, Amazon.com, Inc. or its affiliates