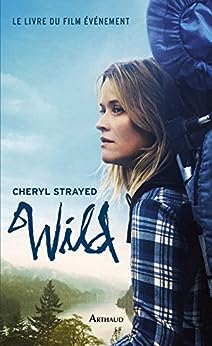 Cheryl Strayed is the author of the #1 New York Times bestselling memoir WILD, the bestselling advice essay collection TINY BEAUTIFUL THINGS, the novel TORCH, and the quotes collection, BRAVE ENOUGH. Her books have been translated into forty languages around the world. WILD was chosen by Oprah Winfrey as her first selection for Oprah's Book Club 2.0. The Oscar-nominated movie adaptation of WILD stars Reese Witherspoon as Cheryl and Laura Dern as Cheryl's mother, Bobbi. The film was directed by Jean-Marc Vallée, with a screenplay by Nick Hornby. Strayed's essays have been published in The Best American Essays, the New York Times, the Washington Post Magazine, Vogue, Salon, The Sun, Tin House, and elsewhere. Strayed is the co-host, along with Steve Almond, of the WBUR podcast Dear Sugar Radio, which originated with her popular Dear Sugar advice column on The Rumpus. Strayed holds an MFA in fiction writing from Syracuse University and a bachelor’s degree from the University of Minnesota. She lives in Portland, Oregon.

4.6 out of 5 stars
4.6 out of 5
285 global ratings
How are ratings calculated?
To calculate the overall star rating and percentage breakdown by star, we don’t use a simple average. Instead, our system considers things like how recent a review is and if the reviewer bought the item on Amazon. It also analyzes reviews to verify trustworthiness.
Top reviews

Zarakarma
2.0 out of 5 stars Wrong language
Reviewed in the United Kingdom on February 17, 2015
Verified Purchase
This book is in French!
Read more
2 people found this helpful
Report abuse