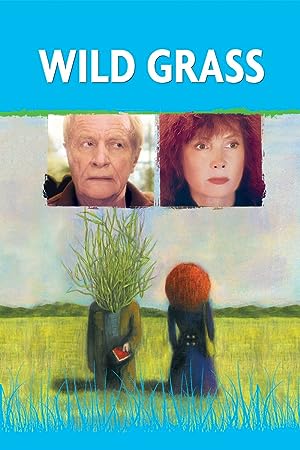 Gregory LaxerReviewed in the United States on August 7, 2016
5.0 out of 5 stars
UPDATE: I love it even more now!!
Verified purchase
UPDATE: Last night, I watched this movie again. I pulled the DVD out of my movie cabinet after being disappointed with the film I had rented for that night. I picked up on a few elements that had previously eluded me. [Warning: SPOILERS coming!] The movie opens, before credits roll, with camera pushing in on what appears to be a primitive stone structure. Where? The middle of nowhere, apparently. No windows, just a door-shaped opening with no door visible. Though larger, this structure resembles what I saw in Ireland: stone "huts" where, centuries ago, monks went to meditate and fast, in hope of receiving ecstatic "visions." This may be the most subtle hint imaginable--Resnais presents no context for its "meaning" at all--that what we are about to see is all a dream, a fantasy, though we see contemporary France presented as a realistic physical environment. The story proper is introduced by an unidentified male narrator. In movies, this is called the Omniscient Narrator. But THIS narrator is an UNRELIABLE one, a device popular in written fiction. He can't tell us the exact address (he fumbles over details) of the shoe store Marguerite Muir (the lead female character, played by the director's life companion of the time) is shopping at--because her feet are unusual, you see, and require a very specific style and make of footwear. And Georges, the older, male protagonist, absolutely brilliantly performed by Andre Dussolier--what gives with him? He states, in internal monologue (voice-over), that he has lost the right to vote. He suggests he was once some master criminal, and cops always make him nervous. But the viewer is not given the least bit of "concrete" evidence that any of us this is true. A policeman describes him as a man of "about 50," but he appears to be at least 60. He claims to have been married for 30 years, but his wife is obviously too young for that to be true (unless he married her when she was ten!). Is he slipping deeply into dementia? The wife works in a piano sales showroom. Does Georges have a profession, other than being house husband? Could he be a writer of fiction? He owns a typewriter, but we hardly see him using it. Our narrator, who comes and goes, states that "If you write something, you come to believe it." And the movie's utterly inexplicable conclusion? It drives some (most?) viewers mad. It appears to me to be a trip into an alternative universe--or a different one, since the movie may well have commenced in an alternative universe!--where, inside an isolated, ancient-looking house, the occupants have all modern conveniences, including internet access. I absolutely love the look, the "feel," of this film, and the lush original score works superbly. GIVE THIS MOVIE A TRY!!

MY ORIGINAL REVIEW (2015): Any film directed by Alain Resnais at age 88 was a must for me to explore. After renting the DVD and falling in love with it, I had to own a copy to enjoy whenever I pleased. I am writing my review years after that purchase because I just screened the movie for good friends, and they were disappointed ("no coherent story"). First things first: "CRAZY GRASS" is the correct English translation of the original title. And appropriate! As I urged my friends the other day, you must let yourself go with the flow of the story. And there certainly is a story unfolding, whether events can be easily explained by logic or not. This is a Resnais flick, remember? I enjoyed the two films he completed after this project prior to his death, but with nowhere near my admiration for the flat out bravado filmmaking on display here. This movie is nothing less than a Master Class in filmmaking, presented by one of the true Masters. The framing of the compositions, the colors, the camera movement, all superb. The film glows with its own internal, semi-hallucinatory (okay, call it semi-crazy!) energy, like Peter Weir's earliest movies. Perhaps the key line is spoken by our unidentified narrator: "After the cinema, anything is possible." Or, in this instance, IN cinema anything is possible. Life will try to fill any available space with its energy, like the crazy grass sprouting in any little crack in the pavement. Or, as John Lennon wrote: "Life is what happens while you're making other plans." Georges and Marguerite never planned for their paths to cross, but a not uncommon incident of modern life planted the seed for their meeting. This movie is one of my very favorite films of the 21st Century, lovingly crafted by a Master whose work dates back to the middle of the previous one.

football fanReviewed in the United States on July 28, 2015
5.0 out of 5 stars
Alain Resnais's Bizarre Gem.
Verified purchase
Alain Resnais's genius is more to nibble on than "Wild Grass."

To say the least what a concept: make a movie based on gut instincts and one's personal vision, rather than common sense and rationality. Some might call Resnais's movies "surrealism" yet that's passé. Bizarre, off the wall, eccentric, none of those terms also fail to describe his film and cinematography art. Oh, okay, I'll just call it entertaining. That's a simple enough concept, to describe this cutting edge film, excuse me, the edge beyond the cutting; to say the least "Wild Grass" is out there.

This movie starts out with actress Sabine Azema, playing Marguerite Muir, buying a new pair of shoes. Once she gets to the garage, a thief steals her pocketbook. It seems Muir does not want to chase the thief in her new pair of shoes. Her pocketbook falls to the garage floor where it's picked up by a stranger, Andre Dussollier, playing the character Georges Palet. Not knowing what to do, he opens the pocketbook, sees the name, and ends up surrendering it to the police.

The bizarre adventure starts. And bizarre is putting this movie mildly. Yet Director Resnais wants the viewer to see and feel what happens next. A true inventor Resnais uses internet technology, masking, movie technology, the camera, and graphic arts technology with a Spitfire airplane and car, all wrapped in one movie ball.

It seems as if Resnais wanted to follow the French movie making tradition, and push it into the next Century. That's what he did, pushed the envelope pass Goddard, and Monet. Yes, this is an art movie, yet it's more than that. It's more like a visual movie told with images.

For those who enjoy cutting edge movies, those looking for something new and entertaining, "Wild Grass" fits the bill.

JenniferReviewed in the United States on February 22, 2015
4.0 out of 5 stars
The element of fantasy
Verified purchase
[Spoilers]

Resnais is a great, and I want to give his intellect due credit. A reading undermentioned in the reviews is the notion that the entire film could be a fantasy and/or a movie within a movie.

There is a moment near the end when we are shown, again, the sequence of the purse-snatching followed by Georges in the parking lot picking up the wallet. At that moment it seems nearly obvious that he has possibly fantasized all that preceded this cinematic moment (and all that followed his finding of the wallet), a fantasy about the stranger whose wallet he holds.

As well, we've got the cinematic element. Georges goes to the cinema (and we hear the 20th Century Fox theme music, loudly, as he exits), then again toward the end we hear the same, only this time as part of the Wild Grass soundtrack. An homage to cinema perhaps, but also, given the fantasy element throughout, suggestive of fantasy.

Both characters, too, are caught up in fantasy: obsession, first his with her then hers with him. There is an element of non-reality to the film.

This is not the finest piece of filmmaking to exist, but it is far superior to 99% of the cr@p that comes out of Hollywood. What I take away is not its flaws but its ambiguity, its light touch, and its fantastic final scene.
One person found this helpful

listenerReviewed in the United States on November 13, 2011
4.0 out of 5 stars
how does it end?
Verified purchase
It's about a lady who gets mugged for her purse. A man finds her wallet and turns it in to the police who return it to the lady. She thanks the man. He thinks she is not thanking him enough. He wants more thanking and she wants to hear less from him. He's actually a sweet old guy, you think at first. But is he really? I first saw this movie on a plane. Unfortunately, we landed before I could see how the movie ends. So I bought it to finally see the end. No spoiler alert here. You'll have to watch it yourself to see. Oh yes, the director is one of the greatest filmakers in France, famous for thi sly and sophisticated who-done-its.

Bourdier DavidReviewed in the United States on April 25, 2011
5.0 out of 5 stars
Truthful, coming from a man
Verified purchase
This is a very complex and beautiful film, leaving many possibilities of interpretation, and most importantly, a reflection on an entire generation.

The main character discovers what it is to love Woman-as-companion or "wife"; what is "wife" to a Man? What does he perceive as possible for him to experience?

The story is mysterious as Resnais respects what is interesting about the story: love as an extremely sensitive and hidden point among men. The mystery lies in the main character's own incomprehension of what is happening to him. The standpoint of the woman is secondary, for once in that generation.

We are further solicited when the object of his desire is unconscious of him, and how important their relationship has become to him.

As a person younger than these characters, I particularly enjoyed the ending which perfectly reflects the mindset of those people I know from the generation of the main characters. My question to them all - why this reaction? What created your mind-set? What is the reaction of women the age of this man? Will you ever tell us?

L. M. in the 16thReviewed in the United States on December 17, 2010
2.0 out of 5 stars
Love Resnais but disappointed in this film
Verified purchase
I love Resnais' film and when I heard about this one (and the awards it received) I was eager to see it. I agree with the previous reviewer that there is some great cinematography here and some intriguing aspects to the film but the characters make so little sense that it moves beyond absurdist or surreal to meaningless. In Marienbad, it was clear that one would never get to the truth but here some similiar threads just seem forced and pointless. Disappointing.
3 people found this helpful

CarolynReviewed in the United States on September 16, 2014
4.0 out of 5 stars
Interesting movie
Verified purchase
Once I got into the story I began to enjoy it more. A little slow in the beginning.

annieReviewed in the United States on September 26, 2015
4.0 out of 5 stars
Fierce Connection
Verified purchase
George is identifying ... the connections are fierce. I could have done without so much narration, and the music is awful.
See all reviews
Back to top
Get to Know Us
Make Money with Us
Amazon Payment Products
Let Us Help You
EnglishChoose a language for shopping. United StatesChoose a country/region for shopping.
© 1996-2022, Amazon.com, Inc. or its affiliates