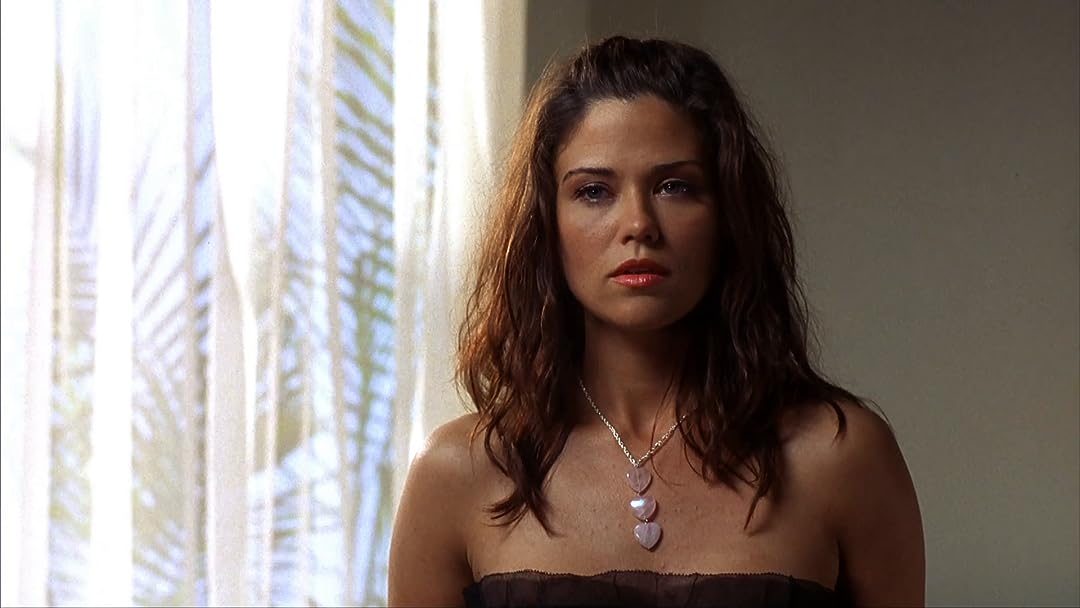 (307)
6.41 h 34 min2004R
Keeping your friends close and your enemies closer has never been more important...or more dangerous. The girls of Blue Bay are back, and they're wilder than ever in this seductive sequel where no one is innocent and nothing is what it appears to be.

NosidinoReviewed in the United States on August 7, 2019
4.0 out of 5 stars
A Solid Film
Verified purchase
This film was not better than the original but still a close second. While it did not "get the cigar," it does hold its own when it comes to being an entertaining yarn. I really liked it.

Two rivals and a doctor join in cahoots to fraudulently acquire the fortune of Niles Dunlap, her stepfather, a wealthy man that owes millions to a crooked drug dealer. The scheme has really been cooked up between Brittany and her mother in order to get the money from the stepfather. Complicating matters is the insurance investigator played by Isiah Washington. His greed does him in in the end as Brittany frames him so tightly that he can't get out of it if he tries his best. I've not seen a frame this solid since Linda Fiorentino's fantastic job in The Last Seduction. Buy this film and you won't e disappointed. Buy The Last Seduction, too.

In this film the girls are allies, but secret allies. The surprise happens at the very end of the film where we see the stepfather fall to his death from an airplane in sabotaged parachute. Rachel Ward s ruthless! She slew her friend, killed her stepfather and may have poisoned her Mother--or did she? She certainly set up Isaiah Washington beautifully. Women are dangerous and ruthless! Don't play games with them because they will win!

I consider this to be a very good film. I'm the 51st person to review this movie. I plan to view the third and fourth film of the series next year when I get to my next DVD cycle.

Linda DavisReviewed in the United States on December 25, 2015
5.0 out of 5 stars
I also enjoyed this movie as well as the first Wild Things
Verified purchase
Here is the wilder and wetter 2004 sequel ''Wild Things 2'' ! I also enjoyed this movie as well as the first Wild Things. I don't both wild things 1 & 2 because Wild Things came out in !998 so I was just a baby, and Wild Things 2 came out in 2004 when I was six years old so I was way two young to watch those movies at the time. Like the first one there is another threesome involving another man an two women in which the two women are main three characters in the movie along with an insurance investigator. I really enjoyed the performances by the new actors in this movie which is Susan Ward, Leila Acieri, and Isaiah Washington, and like the first , there is a lot of twists and turns this one as well, but other than tthat like the first one, this is also a really good movie. I gave Wild Things a good score I have to give Wild Things 2 a 4.5/5. Awesome movie
One person found this helpful

Henry WestReviewed in the United States on May 9, 2014
5.0 out of 5 stars
As Sexy And Thrilling As The Original.
Verified purchase
Wild Things 2 is a 2003 direct-to-DVD sequel to the 1998 cult classic starring Susan Ward(Make It Or Break It), Leila Arcieri(Hot Boyz) and Isaiah Washington(Grey's Anatomy). In part 2, a popluar Florida high school girl(Ward)is about to inherit her late step-father's fortune, but a ruthless bad girl(Arcieri) makes a claim that she was raped by the deceased, and wants the money for her own. And what leads to is a series of sexual deviations and murder. The special features includes a behind the scenes featurette with interviews from the cast and crew. Wild Things 2 is the perfect follow-up to part 1 and just right for fans of erotic thrillers.
2 people found this helpful

Liz B.Reviewed in the United States on September 3, 2019
3.0 out of 5 stars
You might like it...
Verified purchase
So, the cool thing about this movie is that you really think you know what’s going on, but you don’t!
One person found this helpful

Midwest Movie JunkieReviewed in the United States on February 13, 2017
1.0 out of 5 stars
Dreadful
Verified purchase
Dreadful, un-original cut and paste of the original. Horrible acting, low budget. They gave not an ounce of thought to this sequel. Wish their was a negative rating.
6 people found this helpful

Rick In NorthEastReviewed in the United States on November 25, 2017
5.0 out of 5 stars
Nearly perfect condition. (Used.)
Verified purchase
Physical quality of the disk only... Perfect.
Someone seems to have sneezed on it, but otherwise clean and scratch free.
Verified Purchase. (Amazon is broken sometimes about adding that notation.)

Elliott Kirk VernerReviewed in the United States on May 31, 2019
1.0 out of 5 stars
Wrong Movie cancel and refund
Verified purchase
Not te film I thought it was
See all reviews
Back to top
Get to Know Us
Make Money with Us
Amazon Payment Products
Let Us Help You
EnglishChoose a language for shopping. United StatesChoose a country/region for shopping.
© 1996-2022, Amazon.com, Inc. or its affiliates