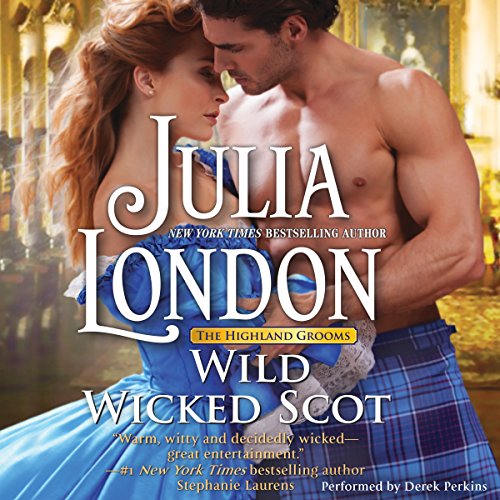 4.5 out of 5 stars
4.5 out of 5
195 global ratings
How are ratings calculated?
To calculate the overall star rating and percentage breakdown by star, we don’t use a simple average. Instead, our system considers things like how recent a review is and if the reviewer bought the item on Amazon. It also analyzes reviews to verify trustworthiness.

Diane D
4.0 out of 5 stars Love Can Overcome All
Reviewed in the United States on January 8, 2017
Verified Purchase
Being a woman in the early 18th Century means being pawn to be used or traded for money or property. Margot Armstrong was a new debutante when her father agreed to marry her off to Arran Mackenzie. Both men stood to gain from this deal - her father would gain lands in Scotland and Arran was to receive a barony and lands in England. Raised to be a perfect English wife, Margot was not trained for life as the wife of a Highland laird. After only 4 miserable months she packed up and went home to England.
Three years later she is back, not because she wanted to come but because her father has sent her. She was to spy on her husband to see if he was part of the upcoming Jacobite rebellion. Though she came back to the Highlands unwillingly, she began to have feelings for her husband.
Julie London, has created a wonderful world of the Scottish Highlands prior to the Jacobite rebellion. Her characters are well written and draw you in to their feelings. While Arran is a strong warrior, he's not afraid to let his feelings for his wife show - even when he doesn't feel like he can trust her - he still loves her. The couple gets the Happily Ever After they so richly deserve.
Read more
22 people found this helpful
Helpful
Report abuse

FromTheSouth
3.0 out of 5 stars Groveling heroine who puts up with very hurtful/harsh hero ...
Reviewed in the United States on July 9, 2017
Verified Purchase
With its back and forth past to present flashbacks, the writing at first in this one was a little difficult to keep track of, folks. I found it annoying to have to keep mentally make note of whether it was the couple’s current bickering or their past. That’s right, there was “lots” of that aspect in both parts. This main couple seemed doomed from the start. Not standing by/fighting for his girl in the first place certainly did not endear me to the hero’s character.

For me, what really ticked me off upfront was a verra bonny lass sitting on the hero’s lap upon her return. Then there was his OTT too hurtful, degrading responses. He threatened to backhand her, folks. During their intimate encounter that same night, she was good enough to hit the sheets with, but he made her not look at him.

With a constant “I’ll never trust you again” theme, a majority of this storyline is the hero acting hateful and the heroine finding herself caught in the middle of the mission she was sent on and confusion over who the real traitor might be.

It you like lots of relationship angst, a groveling heroine being used as a pawn, who not only wants the hero to like/trust her again but convince the whole clan she’s not the devil at the same time she’s sent to spy on him/lie to him, and can put up with a hurtful at times hero, you might want to check this one out. There is, of course, a major subplot playing out that is steering the course of this second chance romance with some pretty obvious villains.

The author set us up to think he wasn’t celibate, because, nothing says I fool around with the lasses more than to find him with a verra bonny one sitting on his lap. Yet he claims to never have strayed. For someone who claims not to like his wife, he still had no qualms about hitting the sheets with her at the drop of her chemise.

(These comments are based on a purchased copy. This is not an advanced reader copy review.)
Read more
6 people found this helpful
Helpful
Report abuse

Avid_Bookivore
5.0 out of 5 stars Wild and Wicked
Reviewed in the United States on January 27, 2018
Verified Purchase
The hero of this story, Arran McKenzie, is fiercely handsome, loyal and easily heartbroken. The heroine, Margot Armstrong, is beautiful, outspoken and spoiled. Margot's persona didn't catch my attention as much as the plot did, and whether or not she was going to be loyal to Arran or the crown. But, Arran...passionate and proud, had my heart from the beginning.  Through the turmoil and chaos and secrets, the two just may get through it all together. And that's what kept me turning the page...not knowing until the end, what was going to happen.

I do recommend Wild Wicked Scot to all historical romance fans, especially those who love to read about strong highlanders with a lot of love to give.
Read more
One person found this helpful
Helpful
Report abuse

Terri B.
5.0 out of 5 stars Loved it!!
Reviewed in the United States on January 4, 2017
Verified Purchase
I usually prefer the regency period for my historical reading but I thought I'd give this a chance since I have like Julia's past books. Julia grabbed my attention right from the beginning with this one. Excellent characters, wonderful story line, I thoroughly enjoyed this book, can't wait for the next one.
Read more
11 people found this helpful
Helpful
Report abuse

Ronnie
4.0 out of 5 stars Scots are the best
Reviewed in the United States on August 29, 2018
Verified Purchase
I loved this book. Usually the woman is head over heels for some cad that is indifferent to her. Not in this book though! He sees his future bride and he's truly blown away by her. She doesn't realize he will become her husband, they marry within two meetings with each other. She's English and brought up as a pampered daughter of a well to do family. She flees her husband and returns to her fathers house. Only to be sent back to her less than happy husband three years later. The sparks fly and he fights the love he still has for her. Must read book!!!
Read more
Helpful
Report abuse

Claire
VINE VOICE
4.0 out of 5 stars Good story with some angst and satisfying conclusion
Reviewed in the United States on April 28, 2018
Verified Purchase
I am late to this series and wish I'd found it earlier! I loved this story. There were inconsistencies mentioned by others but I was somehow able to overlook them because of Julia London's excellent writing. Seriously, there are very few authors who can write good HR and she is one of this handful. I loved Arran (honorable, decent, strong...) and Margot was pretty much what you would expect a young woman born and raised in the aristocratic circles she lived in. I liked that she finally developed a personality and her strength. I had read the second book in the series first and met Arran and Margot when they were already middle aged parents; this actually made this story that much more interesting for me, even though I knew how the subplot (who's a Jacobite and who is loyal to the queen?) turned out. This was a nice, well-rounded story with lots of emotion and angst. Loved it!
Read more
Helpful
Report abuse

dranchboyz
5.0 out of 5 stars Wild Wicked
Reviewed in the United States on March 31, 2019
Verified Purchase
I loved this book! Margot and Aarran's story was wonderful l y written with characters they were believable. A spoiled, naive heiress with beauty of no compare and a Highland chieftain with a clan, two different worlds collide and they don't know how to work together. Margot was a pawn but with maturity comes to realize what is important. Aarran also figures it out. I highly recommend this book!
Read more
Helpful
Report abuse
See all reviews

Tan
5.0 out of 5 stars Good Read
Reviewed in the United Kingdom on July 9, 2019
Verified Purchase
My Granny as the whole series for books she says the storylines are very good. So If like Highlanders like my granny this books is most get in her eyes
Read more
One person found this helpful
Report abuse

Nijole Sileikiene
5.0 out of 5 stars Everything in time
Reviewed in the United Kingdom on December 7, 2019
Verified Purchase
Enjoyed while reading
Read more
Report abuse

S. Atkinson
4.0 out of 5 stars Four Stars
Reviewed in the United Kingdom on January 18, 2017
Verified Purchase
Loved the book. Very good well written read but I find the h unlikeable for 3/4 of the book.
Read more
One person found this helpful
Report abuse

vegasValley
5.0 out of 5 stars Five Stars
Reviewed in the United Kingdom on March 23, 2017
Verified Purchase
enjoyable
Read more
One person found this helpful
Report abuse
See all reviews
Back to top
Get to Know Us
Make Money with Us
Amazon Payment Products
Let Us Help You
EnglishChoose a language for shopping. United StatesChoose a country/region for shopping.
© 1996-2021, Amazon.com, Inc. or its affiliates