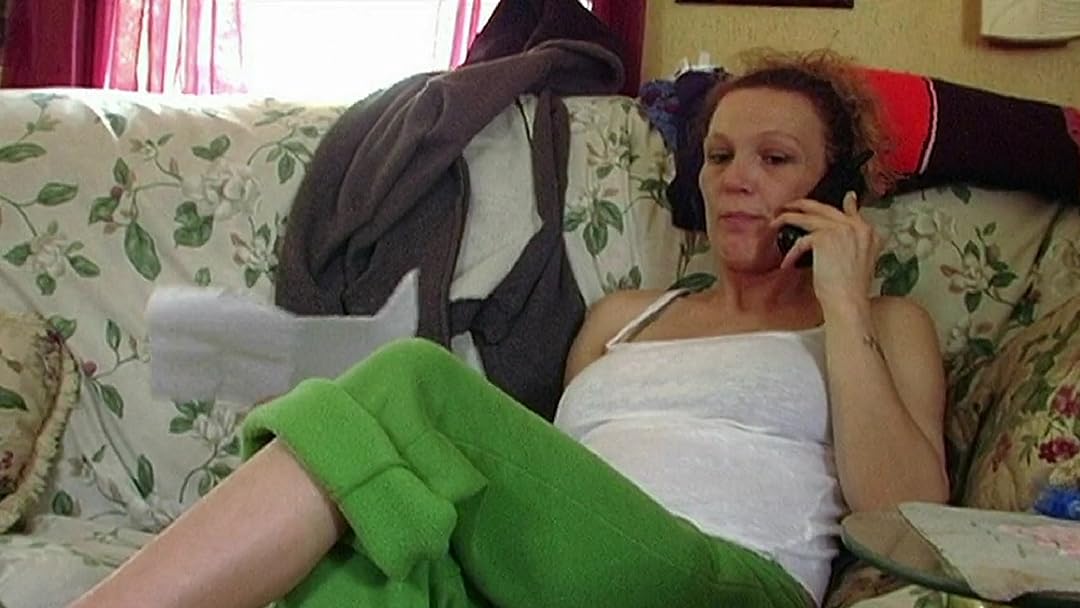 Honest ABEReviewed in the United States on March 27, 2020
4.0 out of 5 stars
What's wrong with America
Verified purchase
I was watching this movie feeling entertained until it was revealed that all of these people living this way are all collecting Social Security without even making any contribution. And minorities are blamed for milking the system. I never wanted to believe that a certain race of people take advantage of welfare, and also thought that ti was the other race that are taking advantage of this system. It is a very sad for a family to become so dysfunctional, generation after generation. That Johnny Knoxville is some kind of genius !
82 people found this helpful

David GoodsonReviewed in the United States on March 28, 2020
1.0 out of 5 stars
Government funded dopeheads
Verified purchase
Disgusting and disturbing to say the least. This is the very problem in America. Everyone in this family is getting a check from the government for welfare or disability and all the while do nothing but pop pills and do dope. We must stop this cycle. Our taxpayer dollars fund this lunacy at every level.
71 people found this helpful

AliasReviewed in the United States on March 26, 2020
4.0 out of 5 stars
Dysfunction
Verified purchase
Sad at just how dysfunctional a family can be. These are rural country folks, but the same dysfunction can also be found in the wealthiest cities and urban areas. In a life without Christ there is no hope and in this movie you can see how generational sin is passed down through generations. My hope is that someone in this family will find "the way, the truth, and the life" that breaks the bondage of this ongoing generational curse.
54 people found this helpful

Ken G.Reviewed in the United States on March 22, 2020
5.0 out of 5 stars
OMG those Whites!!! And this movie!
Verified purchase
I was worried that this was going to feel more like a reality TV show where everyone's "hamming it up" for the camera and being coached by the directors at every turn. Nope, this family is so far out there that they don't need to do anything other than just be themselves. That said, the footage they got for this movie is incredible. The description says the film makers spent a year with the Whites, and it shows. The camera clearly became totally invisible to them, and the results are just amazing.

The camera work, the editing and the creativity behind the production alone are enough to make this incredibly entertaining. But the Whites!!! Their lives are something that everyone just has to see if for no other reason than to feel good about our own lives.

Gizzelle Reviewed in the United States on April 19, 2020
5.0 out of 5 stars
This is not the average WV resident
Verified purchase
I really can't say kudos to this film for any other reason, but to show you what decades of democrats ruling this state has created.

This is nothing more than proof of the Democrats track record of taking advantage of poor people and not wanting to help them but provide them with generational welfare and a "crazy check", which BTW is almost impossible to get today...thank God.

They good old boy government that that continues to promise freebies than offer away out of this lifestyle.
This family is representative of extreme rural areas all across the country that have nothing to provide in a positive way to any citizen. It's extremely tragic as well as it is not an accurate portrayal of the population as a whole.

The state is filled with many hardworking middle income as wealthy people here. Although those who are wealthy are tied to the hips of the Democrats and never what to see the people here flourish, but only to keep them held down by the many illegal practices that go on here. The current Governor is actually a Democrat masked as a Republican....who does not pay his bills on time for the luxurious Greenbrier Hotel that he owns.
keeping many WV and surrounding states in a hard places. Usually having to be taken to court to receive their pay for contracted work. Having several friends with businesses that have been put in this place.

I lived here for awhile as a child but grew up in California, knowing the difference and seeing what WV residents are put through and made to accept and seeing how California has turned out ...Democrats has destroyed California and they have never lost their grip off of WV residents. Most current government here are sons and daughters of democrat families, who have only gone out and changed their D to an R for those not aware of the history.

This family, the Whites, are a sad examples of choices made for them, unless you live here you have no idea. When it happens generation after generation in a family, there is not much hope.

Hopefully the true Republicans will will care and take back over and change current good old boy politics here.

It is one of the most beautiful states you will ever visit and there is so much to do here as far as outdoor sports go. You would be hard pressed to find a kinder and more welcoming state of residents.
40 people found this helpful

ChrisSherrillReviewed in the United States on March 27, 2020
1.0 out of 5 stars
Nothing wonderful about this
Verified purchase
Not family friendly...not in the least.
Don't waste your time. This is about a family whose members, every one it seems, are proud of their corrupt natures. Skip this one.
48 people found this helpful

William J CriselReviewed in the United States on March 31, 2020
1.0 out of 5 stars
WV is not full of trash like these people
Verified purchase
This is terrible and only perpetuates the idea that WV is full of trashy people like this. It is not. Johnny Knoxville should be ashamed for helping this stereotype that most people in this state work hard to combat. I wish i could give a negative star review!!
43 people found this helpful

Robert LReviewed in the United States on December 29, 2019
5.0 out of 5 stars
I thought it was entertaining
Verified purchase
If you want a good idea of what a redneck really is then watch this movie.
29 people found this helpful
See all reviews
Back to top
Get to Know Us
Make Money with Us
Amazon Payment Products
Let Us Help You
EnglishChoose a language for shopping. United StatesChoose a country/region for shopping.
© 1996-2022, Amazon.com, Inc. or its affiliates