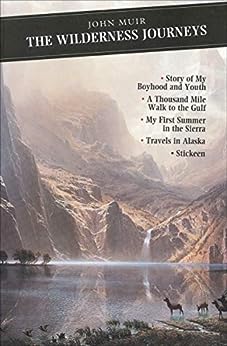 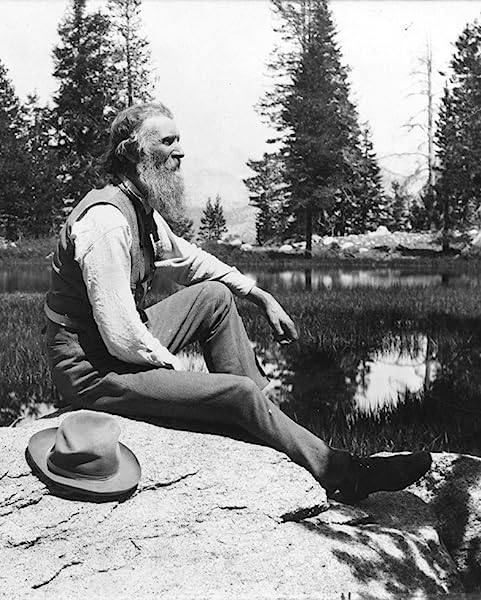 by John Muir (Author), Graham White (Introduction) Format: Kindle Edition
See all formats and editions
Sorry, there was a problem loading this page. Try again.
Five works by the naturalist considered the father of the modern conservation movement, documenting the unspoiled beauty of nineteenth-century America.

When we try to pick out anything by itself, we find it hitched to everything else in the universe. —John Muir, My First Summer in the Sierra

The name of John Muir has come to stand for the protection of wild land and wilderness in both America and Britain. Born in Scotland in 1838, Muir is famed as the father of American conservation and the founder of the Sierra Club. This collection, including the rarely seen Stickeen, presents the finest of Muir’s writings, painting a portrait of a man whose generosity, passion, and vision are an inspiration to this day.

Combining acute observation, amusing anecdotes, and a sense of inner discovery, Muir’s writings of his travels though some of the greatest landscapes on Earth, including the Carolinas, Florida, Alaska, and those lands that were to become the great National Parks of Yosemite and the Sierra Valley, raise an awareness of nature to a spiritual dimension.

John Muir (1838-1914) was born and raised in Dunbar, East Lothian, and his family emigrated to Wisconsin in 1849. His journals, articles, and lectures helped to develop international awareness of the need to preserve and protect the environment, and led to the foundation of the General Grant, Sequoia, and Yosemite National Parks. John Muir has been honored ever since as the father of the modern environment movement.
--This text refers to an out of print or unavailable edition of this title.

John Muir (/mjʊər/; April 21, 1838 – December 24, 1914) was a Scottish-American naturalist, author, environmental philosopher and early advocate of preservation of wilderness in the United States. His letters, essays, and books telling of his adventures in nature, especially in the Sierra Nevada of California, have been read by millions. His activism helped to preserve the Yosemite Valley, Sequoia National Park and other wilderness areas. The Sierra Club, which he founded, is a prominent American conservation organization. The 211-mile (340 km) John Muir Trail, a hiking trail in the Sierra Nevada, was named in his honor. Other such places include Muir Woods National Monument, Muir Beach, John Muir College, Mount Muir, Camp Muir and Muir Glacier. In Scotland, the John Muir Way, a 130 mile long distance route, was named in honor of him.

In his later life, Muir devoted most of his time to the preservation of the Western forests. He petitioned the U.S. Congress for the National Park bill that was passed in 1890, establishing Yosemite National Park. The spiritual quality and enthusiasm toward nature expressed in his writings inspired readers, including presidents and congressmen, to take action to help preserve large nature areas. He is today referred to as the "Father of the National Parks" and the National Park Service has produced a short documentary about his life.

Muir has been considered 'an inspiration to both Scots and Americans'. Muir's biographer, Steven J. Holmes, believes that Muir has become "one of the patron saints of twentieth-century American environmental activity," both political and recreational. As a result, his writings are commonly discussed in books and journals, and he is often quoted by nature photographers such as Ansel Adams. "Muir has profoundly shaped the very categories through which Americans understand and envision their relationships with the natural world," writes Holmes. Muir was noted for being an ecological thinker, political spokesman, and religious prophet, whose writings became a personal guide into nature for countless individuals, making his name "almost ubiquitous" in the modern environmental consciousness. According to author William Anderson, Muir exemplified "the archetype of our oneness with the earth", while biographer Donald Worster says he believed his mission was "...saving the American soul from total surrender to materialism.":403 On April 21, 2013, the first ever John Muir Day was celebrated in Scotland, which marked the 175th anniversary of his birth, paying homage to the conservationist.

4.7 out of 5 stars
4.7 out of 5
15 global ratings
How are ratings calculated?
To calculate the overall star rating and percentage breakdown by star, we don’t use a simple average. Instead, our system considers things like how recent a review is and if the reviewer bought the item on Amazon. It also analyzes reviews to verify trustworthiness.
Top reviews

Dave K.
5.0 out of 5 stars Sooner and Better Than Expected
Reviewed in the United States on July 20, 2021
Verified Purchase
The book arrived a couple days before expected, and it's in almost new condition! Written by one of America's first natural park lovers and experts, it's a great addition to my small library.
Read more
Helpful
Report abuse

Amazon Customer
5.0 out of 5 stars inspiring
Reviewed in the United States on October 11, 2013
Verified Purchase
Written beautifully. Gives a picture of nature and American history , including meetings with freed slaves and American Indians along the way.
Read more
One person found this helpful
Helpful
Report abuse

Kindle Customer
3.0 out of 5 stars John Muir's story...
Reviewed in the United States on September 7, 2013
Verified Purchase
The stories of John Muir's life are autobiographical and presented in very elementary english. His life is certainly interesting...reading about it in this book is challenging.
Read more
Helpful
Report abuse

Jesse A Whyte
5.0 out of 5 stars This is a great anthology
Reviewed in the United States on May 29, 2001
If I was only to buy one John Muir book (a tragedy), this would be the one. Excellent essays that demonstrate both his lucid writing style and the amazing country that he describes. He coherently describes his own life (and the times that surround it), in a way that makes me want to grab a cotton rucksack and a bag of food and head off for the High Sierra.
Read more
20 people found this helpful
Helpful
Report abuse
See all reviews

Dorothy Barbour
4.0 out of 5 stars A Man Who Made a Difference
Reviewed in the United Kingdom on December 3, 2014
Verified Purchase
It seemed appropriate to read more of and learn about John Muir in this year of celebration of his life His interest in the natural world is compulsive. He quite loses sight of the things others would have written about - like family, the rigours of daily life etc. It made for interesting reads.
Read more
Report abuse

ice man
5.0 out of 5 stars Adventure at its best
Reviewed in the United Kingdom on April 6, 2014
Verified Purchase
I have read this book before, and if anyone would like to know real adventure and courage then i would recommend they buy it.
Read more
One person found this helpful
Report abuse

paul
5.0 out of 5 stars Five Stars
Reviewed in the United Kingdom on May 11, 2017
Verified Purchase
Excellent book and in good condition
Read more
Report abuse

Helen Briscoe
5.0 out of 5 stars Five Stars
Reviewed in the United Kingdom on August 7, 2015
Verified Purchase
So pleased to be able to access such an old title. Not read yet
Read more
Report abuse
See all reviews