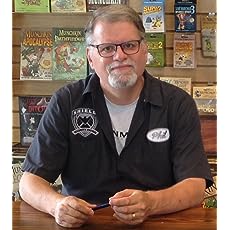 My life is inexorably intertwined with fantasy, science fiction, and games.

I have been addicted to fantasy and science fiction stories since I read The Hobbit and Jonathan Livingston Seagull at the age of 12. Prior to those two seminal works, I was an avid mystery reader, starting with Encyclopedia Brown novels and Ellery Queen magazine before moving on to Hercule Poirot and, of course, Sherlock Holmes. By the time I found fantasy, I had read all of Sir Arthur Conan Doyle's Holmes stories and novels. I still have the giant, two-volume omnibus of every story.

My new love of fantasy and science fiction led me to role-playing games (D&D and Traveler being my initial forays into that world), which then brought me to the day that my wife introduced us both to Magic: The Gathering. By then I had a writing-adjacent day job as a technical editor. When the chance came to interview for a job on Duelist magazine (the in-house publication for Wizards of the Coast dedicated to the new trading card game), I jumped at the opportunity. We packed up our budding family and crossed the country.

That job gave me my first opportunity to write tie-in fiction. After writing a lot of flavor text for early Magic cards, I was asked to write guide books for the Urza cycle of card sets. I wrote short stories for those books that acted as introductions to the larger stories of the sets. Those stories led to short stories in a series of Magic: The Gathering anthologies and my first novel, Judgment.

Since then, I have written seven novels in various game universes, including four set on Necromunda in the Warhammer 40K universe and the first Mage Wars novel -- Nature of the Beast. I also have published more than a dozen short stories, most of them tie-ins to gaming worlds, but a few set in worlds of my own devising.

Over the years, I have even spent time writing for games themselves. As I mentioned, I wrote flavor text for Magic: The Gathering, but I also have worked on numerous video games, including Guild Wars, Guild Wars 2, TERA, ZMR, HAWKEN, and Crosswords Plus (on the Nintendo 3DS). More recently, I have moved back to the analog gaming world, writing material for a slew of card and board games for Funko Games, including Pan Am, Godzilla Tokyo Clash, and War With the Evil Power Master (a Choose Your Own Adventure game).

Looking forward, I have two more novels in production (these are both outside of gaming universes) and two new Funko games I contributed to that have not yet been announced. Watch this space for news on all of those projects.
Read more 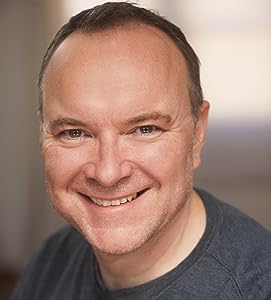 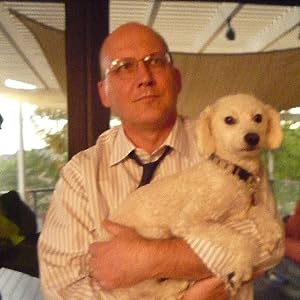 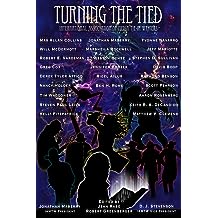 Presented by the International Association of Media Tie-In Writers, this dazzling collection of uplifting and curious tales will take you through the centuries and from the depths of the ocean to the stars. You'll discover well-known, beloved characters in new settings and circumstances.

Sherlock Holmes, John Carter of Mars, Hopalong Cassidy, Mulan, Dracula, Mina Harker, the Three Musketeers, Cyrano de Bergerac, Baron Munchhausen, and Frankenstein's creature are a scattering of the literary souls that populate these pages. And cats. There are more than a few cats. 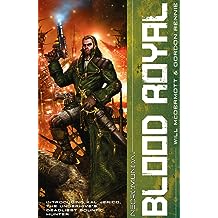 Meet Kal Jerico: rogue, bounty hunter and swashbuckler in the towering urban hell of Necromunda. The illegitimate offspring of the planet's ruler, Kal shunned his royal roots to take up the career of hired gun. Following a botched job with former rival-turned-bounty hunter, Yolanda Cattalus, Kal is 'invited' to an impromptu family reunion with his father and is made an offer that he would be very foolish to refuse. To get through this one, Kal has to hope that blood really is thicker than water.

Read it because
The first story in the Kal Jerico series is packed with action and comedy. Set in the underbelly of the hive city, Jerico and his fellow bounty hunters live by their wits and weapons. With hilarious characters, unlikely alliances, and even an Underhive Vampire, this story can't be missed. 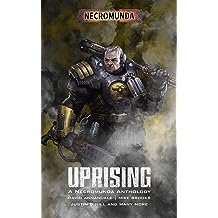 Venture into the underhive of Necromunda with a collection of action-packed tales encompassing gang war, strange events, desperate escapes, and cunning schemes.

In this anthology, you'll delve into the darkest heart of the underhive, witnessing all manner of battles, plots, and horrors.

At the heart of Necromunda, a sickness festers. Where the word of Helmawr is law, many go hungry… but murder is cheap, and meat is everywhere, for those willing to take it. While the nobles of the spire sit and watch, bloody-handed gangers fight in an endless battle for survival.

The venator Yar Umbra cuts a swathe through Hive Primus, chasing the promise of escape from Necromunda. A Cawdor juve, desperate to prove himself, finds a statue of the Emperor that will change his life forever. A Corpse Guild drudge learns what his superiors are desperate to keep forbidden. And Caleb Cursebound, ninth most dangerous man in the underhive, thief of the Hand of Harrow, flees to the remote mining settlement of Hope’s End, pursued by those who would see his reputation forever tarnished… 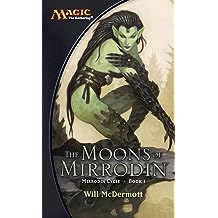 The Moons of Mirrodin (The Mirrodin Cycle Book 1) Apr 26, 2011
by Will McDermott
( 57 )
$7.99
Wanting to puzzle out the mysteries of her past, an orphaned elf embarks on a quest for answers—a journey made all the more dangerous by the harsh world around her

Mirrodin is a world beyond imagination. Forests of metal claw the sky. Razor-sharp metallic grasses stretch across the plains. Vast oceans of quicksilver conceal predators awaiting the unwary.

In the metal jungle of the Tangle lives an orphaned elf named Glissa. A reverse amnesiac, she is plagued by strange, indecipherable visions—an affliction she shares with her fellow elves, who have dubbed the phenomenon “Flares.” Accompanied only by these glimpses of a foreign elf's life, Glissa sets out across the harsh landscape, seeking the secrets of her past and daring the perils of her present. And she must tear aside the veil that hides the face of a hidden enemy whose power extends across all Mirrodin.
Read more
Other Formats: Mass Market Paperback With a billion people literally living on top of each other, religious fanaticism has always had a firm stranglehold on the towering hive city of Necromunda. Foremost amongst these fanatics is Cardinal Crimson and he's setting out on a new crusade to hunt down a newcomer to the hive, a man who knows secrets that could finish Crimson forever. Once again it's down to the dashing Kal Jerico and his companions to save the day.

Read it because
We meet Kal Jerico's brutal and acid bathed arch nemesis, the Cardinal Crimson. This might be Jerico's most difficult bounty yet as he evades fanatic zealots and gangs to answer an invitation he can't refuse. 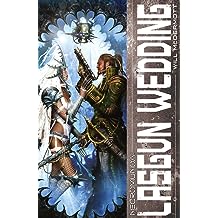 It's survival of the fittest on the towering industrial hive world of Necromunda, where brutal gangs fight for supremacy in the nightmare Underhive and decadent nobles play power games in the higher echelons of the Spire. Kal Jerico, suave bounty hunter, is drawn into a deadly game of his own when the ruler of Necromunda falls dead and he is coerced into taking his place! Assassins vying for Kal's blood and power mad nobles are the least of Kal's worries as, still adjusting to life as Lord of the Spire, he has to get married!

Read it because
The Underhive's most famous bounty hunter has two options: wed or be dead. This epic story is not one to be missed. Kal Jerico must rely on his quick wits and good luck if he is to survive multiple assassination attempts and becoming Lord of the Spire, not to mention getting married. 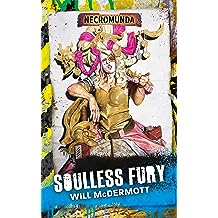 Few are as feared in the underhive as the sinister murderer known as Mad D'onne. With a warrant out for her arrest, many seek her… but even if they find their prey, will any of them survive her wrath?

READ IT BECAUSE
The author of the original run of Kal Jerico novels brings you a look at one of the most infamous and beloved Necromunda characters, pitting her against the entire might of the underhive… 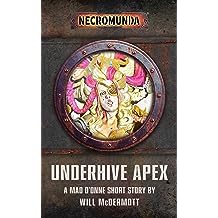 A bounty hunt turns into a deadly struggle against Cawdor zealots and Goliath brutes for D'onne Ulanti – just another day for her, really…

Descend into the underhive and witness a three-way war between gangs and a dangerous bounty hunter, with one man trapped in the middle.

D'onne Ulanti is an underhive legend whose name inspires fear for one simple reason: where "Mad D'onne" walks, carnage follows. Hunting a bounty who is in the hands of a band of zealous Cawdors, Ulanti finds herself in deep danger when a Goliath gang lumber into her field of fire – and mayhem ensues. Caught between two warring forces, with only her wits, her cunning and her ogryn bodyguard "Dog" for protection, D'onne must survive and get her quarry out from under the nose of both rival gangs. All in a day's work.

Written by Will McDermott 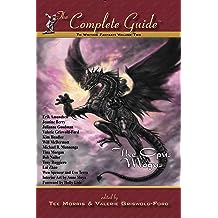 Tee Morris and Valerie Griswold team up as editors to continue where The Complete Guide to Writing Fantasy: Alchemy With Words leaves off.

The Opus Magus takes on the advanced writing topics of writing fantasy including:

Develop your writing style, add in some depth to your storytelling, and expand your knowledge of the fantasy genre. 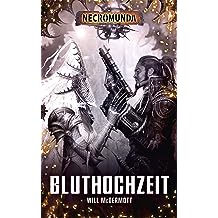 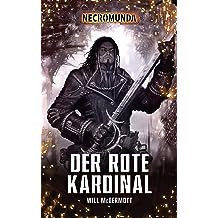 Mage Wars: Nature of the Beast Jun 3, 2015
by Will McDermott
( 2 )
$4.99
A dark secret lurking beneath the surface of Etheria erupts near the Straywood Forest, engulfing the lives of two wood elves and threatening the tenuous peace between the elves and the dwarves of the Anvil Throne. While on patrol, an elven Beastmaster named Lithann rushes to the aid of a fellow elf being attacked by strange beasts she’s never seen before…but she is too late. When the creatures disappear underground with her friend, Lithann descends into the darkness with her loyal fox, Wiley, to save him. There she meets an outcast dwarf named Digur, who may hold the key to her survival, and a mysterious Sortilege elf named Inesta, who has secrets of his own.

Will McDermott is a game writer and author. He has written for many computer games, including Guild Wars, Guild Wars 2, TERA, ZMR, and HAWKEN. Will has also written five other game-related novels—two in the Magic: the Gathering universe (Judgment and The Moons of Mirrodin), and three in the Necromunda corner of the Warhammer 40K universe (Blood Royal, Cardinal Crimson, and Lasgun Wedding). Will has raised three gamer children and lives in the Seattle area with his game designer wife and the cutest dog in the universe (whose name is not Wiley, but probably should be).
Read more
Other Formats: Paperback