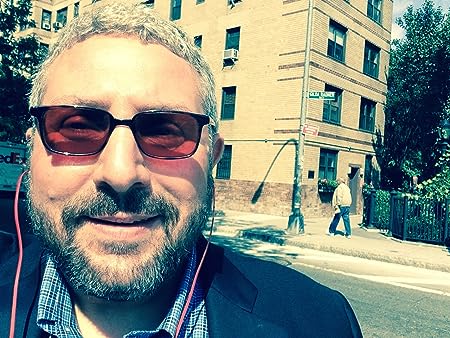 William Freedman is a New York-based satirist who uses science fiction and fantasy tropes. He is author of Mighty Mighty and Land that I Love and co-author with Ben Parris of the novelization of Supernaturalz, a film in which Bill received script consultant credit. He served as editor for Age of Certainty: What if God Existed? featuring stories by 10 notable authors including Nebula Award laureate James Morrow. His novelette “Forever and Ever, Amen” appeared in the 2006 Spirit House chapbook which raised money for tsunami survivors. His recently completed draft, Pitch Ribbons: A Cantata for Four Voices, is currently being read for comments by established horror and dark fantasy authors and pitched to agents. Meanwhile, he has begun work on two other projects.

Bill has appeared as a panelist at Albacon, Arisia, Balticon, Capclave, I-Con and Lunacon. He holds degrees in journalism and international business and his non-fiction non-fiction bylines – covering everything from hot stocks for Investor’s Business Daily to the rise of distilled spirits for History magazine to Bram Stoker Awards weekend for Long Island’s Newsday – go back more than 20 years. 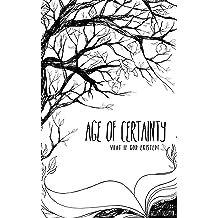 Suppose the theory is true that we’re biologically hardwired to believe in God – Brandon H. Bell wonders if that’s evidence enough that He is objectively real. … Imagine the traditional, Western version of God – now imagine along with Patrick Evans if the God revealed tomorrow has absolutely nothing to do with any of that. … David J. Fielding introduces a character who wouldn’t hesitate to kill God for the evil He has brought to bear, even if the result is just another form of an absence of good. … and Nebula Award laureate James Morrow asks if God would exist in the absence of misleading proof planted by a talking, time-traveling cyborg tortoise who shoots lasers out his eyes.
Read more
Other Formats: Paperback 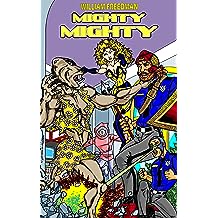 Mighty Mighty Dec 8, 2014
by William Freedman
( 5 )
$3.99
How would a world populated by superheroes differ from our own?
Not much.
If you have a rare skill or a talent or an ability that you’re not using, then maybe you could relate to our heroes:

Orville Ortley, Mucus-Man, whose snot has the explosive power of a howitzer shell
Kevin Kiley, Count Karma, invincible wonder of the ethereal plane who’s utterly useless on earth
Mindy Maguire, Supermodel, upon whom the goddesses bestowed the most unwelcome power a Smith College women’s studies major could imagine

Instead of fighting evil on a cosmic scale, they guard St. Louis’s Chesterfield Mall. That is, until the day the villains’ lobby, the American Malevolence Institute, sets its sights on this ordinary shopping center. If the Institute should defeat this discount-bin collection of mall cops, it would mean the end of all life on earth.
Battling these villains would be an epic struggle in itself but, along the way, our heroes must also contend with the headline-grabbing super-group The Crusaders, a once-peaceable young woman who has been transformed into a chaotic beast after having been bitten by a radioactive badger, stifling government bureaucracy, the capriciousness of deities and, of course, their own personal shortcomings and that of their teammates.
Who will survive? Who will prevail? Who will prove themselves mighty?
Read more
Other Formats: Paperback 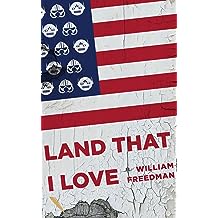 Land That I Love Sep 23, 2009
by William Freedman
( 3 )
$2.99
When two rival presidents in the distant future, foes since their youth, declare a galactic hyper-power war, a series of events ensue which transforms America’s place in the world … and beyond! With devilish delight William Freedman upends icons, role models and expectations with laugh-out-loud irreverence. His characters defy tradition and stereotyping, revealing the mayhem and high jinks which – without doubt – exist within the hallowed halls of existing rival countries, let alone imaginary future nations and governments. Outrageous slap-and-tickle combined with political prods and withering insight make Land that I Love a compelling lampoon. Add ‘Blazing Saddles meets War of the Worlds’ and you begin to appreciate the riotous read in store. Move over Tom Sharpe, Christopher Brookmyre, Aldous Huxley, George Orwell, David Sedaris, Eoin Colfer, Ambrose Gwinett Bierce …
Read more
Other Formats: Paperback