William J. Ray is an Emeritus Professor of Psychology at Penn State University. He received his PhD from Vanderbilt University and was a Fellow in Medical Psychology at the University of California Medical Center in San Francisco. He received his undergraduate degree from Eckerd College, where he learned about the value of primary sources and the need to integrate information from a number of perspectives. As part of his clinical training, he has worked in a number of mental hospitals and clinics across the country, where he developed an appreciation of the experiences of those with mental disorders. In his career, he has served as a visiting professor and researcher at the University of Hawaii, Münster University, University of Rome, Tübingen University, and Konstanz University. At Penn State, he was the Director of the SCAN (Specialization in Cognitive and Affective Neuroscience) program and was previously the Director of the Clinical Psychology Program. His research has focused on approaching clinical questions from a neuroscience perspective. He has used psychophysiological and brain imaging techniques such as EEG, MEG, DTI, and fMRI to study emotionality, psychopathology, and individual differences. These studies can be found in numerous articles, book chapters, and books. His work has been published in such journals as Science, Proceedings of the National Academy of Sciences, Journal of Neuroscience, Psychophysiology, Physiological Reviews, Journal of Personality and Social Psychology, Developmental Psychology, Journal of Abnormal Psychology, Cognitive Brain Research, Biological Psychology, NeuroImage, and Clinical Neurophysiology. This work has been funded by both national and international agencies including NIH, NIMH, NASA, NATO, and the DAAD. In addition to research, teaching has been an important part of his career. His textbooks include Abnormal Psychology; Methods Toward a Psychology of Behavior and Experience; Psychophysiological Methods (with Robert Stern & Karen Quigley), and Evolutionary Psychology: Neuroscience Perspectives Concerning Human Behavior and Experience.
Read more 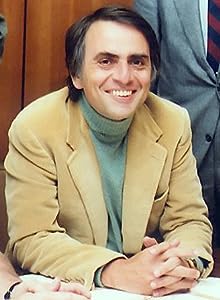 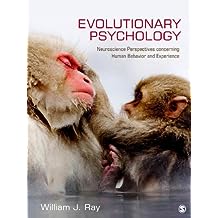 Many books in evolutionary psychology emphasize just a small part of the total picture. William J. Ray′s book gives students a clear understanding of how current psychological knowledge of human behavior and experience draws from a variety of perspectives. It begins with an understanding of evolution and the close connection between organisms and their environment, focusing on how the environment and genes can influence humans and the cultures of which they are a part. Using current research in social processes, decision making, and brain imaging, Ray explores how humans solve certain life problems in the same way that many non-human species do. He also highlights human abilities not seen in other species, including our ability to use language, develop culture, and create writings and art that can influence other humans thousands of years later. Written in a clear, easy-to-understand manner, the book emphasizes developmental processes and family relationships, sexual and social relationships, and emotionality and language. It concludes with an examination of health and disease, psychopathology, and culture, all seen through an evolutionary lens. 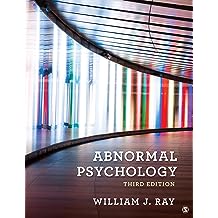 Abnormal Psychology Dec 17, 2019
by William J. Ray
( 27 )
$81.20
In Abnormal Psychology, best-selling author William J. Ray brings together current perspectives concerning the manner in which the human mind, behavior, and experience can be understood. In addition to the traditional psychological literature, this book draws from work in the cognitive and affective neurosciences, epidemiology, ethology, and genetics. Ray focuses on unifying and integrating the biopsychosocial understandings of human behavior within a broader consideration of human culture and language as it applies to abnormal psychology. With coverage of DSM–5, ICD–11, and RDoC, the fully revised Third Edition puts even greater emphasis on the range of human experiences and medical comorbidities and includes additional references to representations of mental health in popular culture to connect readers with familiar examples.


This title is accompanied by a complete teaching and learning package. Contact your SAGE representative to request a demo. 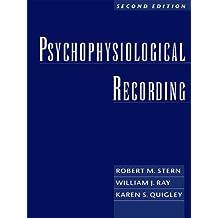 Psychophysiological Recording Nov 27, 2000
by Robert M. Stern , William J. Ray , Karen S. Quigley
( 10 )
$29.69
This is a thorough revision of a successful introductory text on psychophysiological recording. The authors include information on the most up-to-date equipment used today to do brain scanning and discuss other equipment not available in 1980. A new chapter on signal processing and analysis has been added, and discussions cover nonlinear systems as well as cognitive psychophysiology.
Read more
Other Formats: Hardcover , Paperback