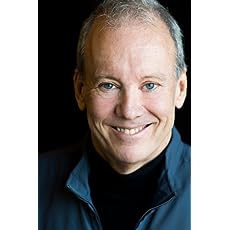 William McDonough is a globally recognized leader in sustainable development. Born in Tokyo, Japan, on February 20, 1951, Mr. McDonough was first introduced to closed loop material cycles. As an architect, Mr. McDonough's interests and influence range widely, and he works at scales from the global to the molecular. TIME magazine recognized him as a "Hero for the Planet," noting: "His utopianism is grounded in a unified philosophy that--in demonstrable and practical ways--is changing the design of the world." In 1996, Mr. McDonough received the Presidential Award for Sustainable Development, and in 2003 he earned the first U.S. EPA Presidential Green Chemistry Challenge Award for his work with Shaw Industries. In 2004, he received the National Design Award for exemplary achievement in the field of environmental design. Mr. McDonough is the architect of many of the recognized flagships of sustainable design, including the Ford Rouge living roof and truck plant in Dearborn, Michigan; the Adam Joseph Lewis Center for Environmental Studies at Oberlin College; and NASA's "space station on Earth," Sustainability Base, one of the most innovative facilities in the federal portfolio.

Mr. McDonough has written and lectured extensively on design as the first signal of human intention. He was commissioned in 1992 to write The Hannover Principles: Design for Sustainability as guidelines for the City of Hannover's EXPO 2000, still recognized two decades after publication as a touchstone of sustainable design. In 2002, McDonough co-authored Cradle to Cradle: Remaking the Way We Make Things, which is widely acknowledged as a seminal text of the sustainability movement. The Upcycle: Beyond Sustainability--Designing for Abundance, a follow-up book to Cradle to Cradle, was published in 2013. In 2016, Mr. McDonough proposed A New Language For Carbon in Nature magazine that recognizes the element carbon as an asset rather than the enemy. The new language identifies strategies for carbon management and climate change.

Mr. McDonough advises commercial and governmental leaders worldwide through McDonough Innovation. He is also active with William McDonough + Partners, his architecture practice located in Charlottesville, VA, as well as MBDC, the Cradle to Cradle® consulting firm. He co-founded not-for-profit organizations to allow public accessibility to Cradle to Cradle thinking. These include GreenBlue (2000), to convene industry groups around Cradle to Cradle issues, and the Cradle to Cradle Products Innovation Institute (2009), founded at the invitation of California Governor Arnold Schwarzenegger to create a global standard for the development of safe and healthy products. Mr. McDonough also co-founded Make It Right (2006) with Brad Pitt to bring affordable Cradle to Cradle-inspired homes to the New Orleans Lower 9th Ward after Hurricane Katrina. McDonough served as the World Economic Forum's inaugural Chair of the Meta-Council on the Circular Economy from 2014-2016. He was the recipient of the Fortune Award for Circular Economy Leadership for outstanding contribution to the development of a prosperous and sustainable economy at the 2017 World Economic Forum Annual Meeting in Davos.
Read more 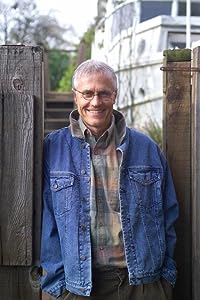 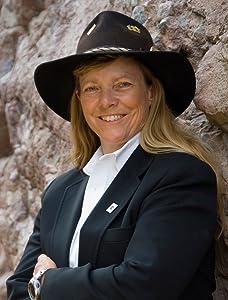 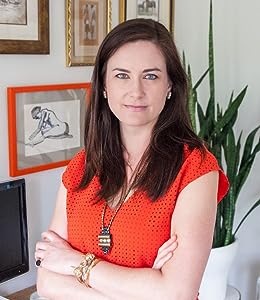 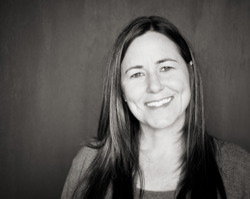 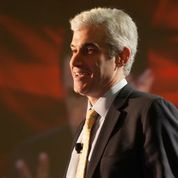 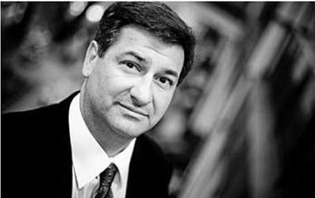 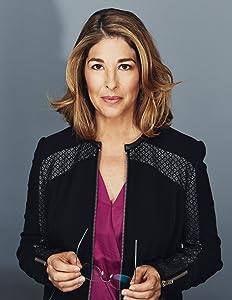 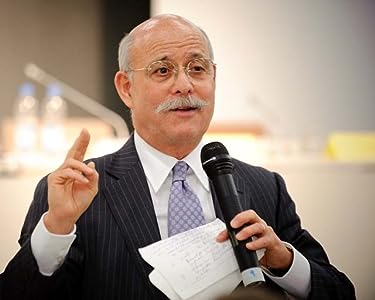 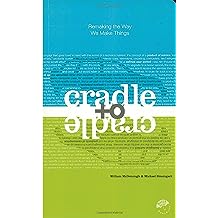 "Reduce, reuse, recycle" urge environmentalists; in other words, do more with less in order to minimize damage. But as this provocative, visionary book argues, this approach perpetuates a one-way, "cradle to grave" manufacturing model that dates to the Industrial Revolution and casts off as much as 90 percent of the materials it uses as waste, much of it toxic. Why not challenge the notion that human industry must inevitably damage the natural world?

In fact, why not take nature itself as our model? A tree produces thousands of blossoms in order to create another tree, yet we do not consider its abundance wasteful but safe, beautiful, and highly effective; hence, "waste equals food" is the first principle the book sets forth. Products might be designed so that, after their useful life, they provide nourishment for something new-either as "biological nutrients" that safely re-enter the environment or as "technical nutrients" that circulate within closed-loop industrial cycles, without being "downcycled" into low-grade uses (as most "recyclables" now are).

Elaborating their principles from experience (re)designing everything from carpeting to corporate campuses, William McDonough and Michael Braungart make an exciting and viable case for change. 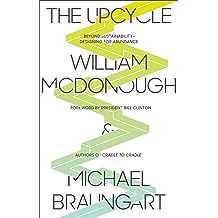 From the authors of Cradle to Cradle, we learn what's next: The Upcycle
The Upcycle is the eagerly awaited follow-up to Cradle to Cradle, one of the most consequential ecological manifestoes of our time. Now, drawing on the green living lessons gained from 10 years of putting the Cradle to Cradle concept into practice with businesses, governments, and ordinary people, William McDonough and Michael Braungart envision the next step in the solution to our ecological crisis: We don't just use or reuse and recycle resources with greater effectiveness, we actually improve the natural world as we live, create, and build.
For McDonough and Braungart, the questions of resource scarcity and sustainability are questions of design. They are practical-minded visionaries: They envision beneficial designs of products, buildings, and business practices—and they show us these ideas being put to use around the world as everyday objects like chairs, cars, and factories are being reimagined not just to sustain life on the planet but to grow it. It is an eye-opening, inspiring tour of our green future as it unfolds in front of us.
The Upcycle is as ambitious as such classics as Rachel Carson's Silent Spring—but its mission is very different. McDonough and Braungart want to turn on its head our very understanding of the human role on earth: Instead of protecting the planet from human impact, why not redesign our activity to improve the environment? We can have a beneficial, sustainable footprint. Abundance for all. The goal is within our reach. 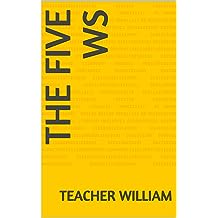 The Five Ws (Learn English) Mar 22, 2020
by Teacher William
$0.99
This book helps you understand the 5 Ws in English. It talks about Who, What, When, Where, and Why. It also talks about How.
Read more 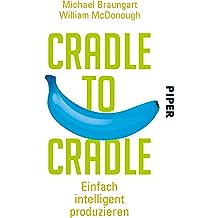