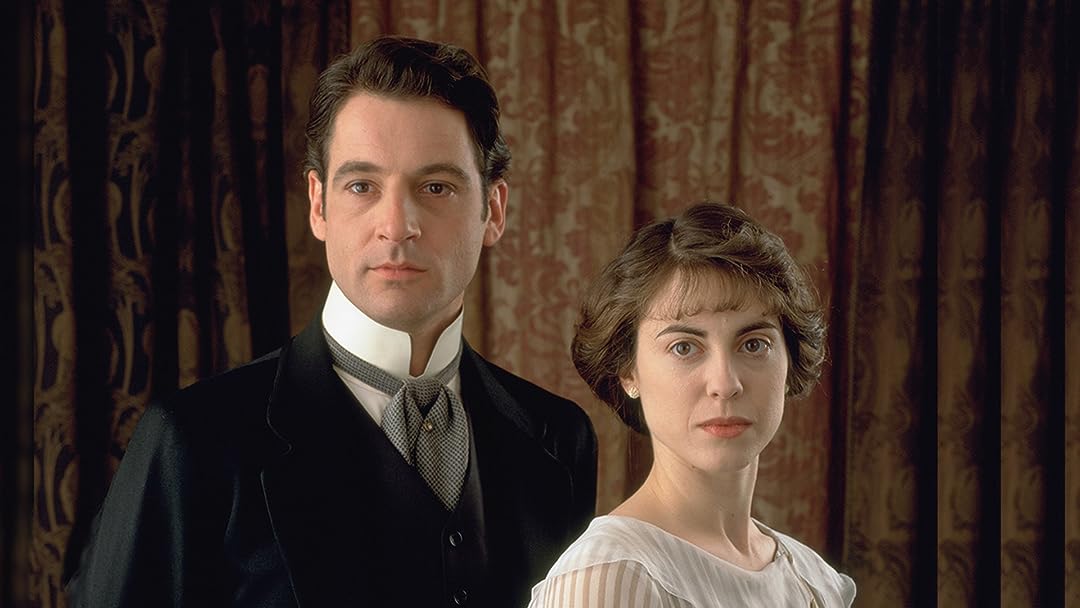 (505)
1 h 44 min1999X-RayG
When a young boy claims he was expelled for something he didn't do, his father sacrifices everything to defend his family's honor. Based on Terence Rattigan's celebrated play, adapted and directed byDavid Mamet.

PiwacketReviewed in the United States on June 13, 2020
5.0 out of 5 stars
Lovely British film
Verified purchase
Sitting at home during pandemic and horrible summer heat, I found this gem on Amazon. I love these types of films and the proper manners they portray. No nudity, cursing, blood and guts, computerized drivel of the movies of today, just a nice film of a father who believed so strongly in his son that he felt this was the only option. I was very pleased with the story line, the actors and the ending.
109 people found this helpful

Joseph A. FranceskiReviewed in the United States on December 1, 2019
5.0 out of 5 stars
Another Great Film No One Saw
Verified purchase
Absolutely great movie; even better than the earlier Sir Cedric Hardwick version. Jeremy Northam is excellent in this. I remember when I saw it in the movie theater, the audience was watching very intently. The words in this film matter. That's a rare statement these days. I think with all the nonsense going on in film with the special effects and violence, we could be going back to silent films, in that no one talks, everyone just shoots or bleeds or sweats or looks scared. Back to 1916 that. This is a very intelligent film. the DVD is good and the seller was reliable.
77 people found this helpful

FlyManFlyReviewed in the United States on September 7, 2019
5.0 out of 5 stars
“...easy to do justice, very hard to do right.”
Verified purchase
The Winslow Boy is hard evidence that great storytelling through film can be done very simply in the capable hands of master craftsman. Oh that more films like this could be written and produced! Watching it more than two decades after its release, it is a timeless tale conveying what matters.
58 people found this helpful

J. S. MartinReviewed in the United States on June 8, 2020
5.0 out of 5 stars
SUPERB
Verified purchase
I saw this movie years ago and now remember how superb it was in every respect, almost like a fine stage play captured on film. Seeing it again has left me utterly speechless. Adjectives are not sufficient to convey my admiration for every aspect of this film.
35 people found this helpful

jagadeesanReviewed in the United States on July 13, 2020
5.0 out of 5 stars
Smart, witty, all around good way to spend one's time.
Verified purchase
This film shows its age in that people are often seen just standing there talking to each other, no camera movements, which is death to a modern film. But SO WHAT? The acting is excellent, the writing is superb. The plot moves along swiftly, the actors are appealing. I think David Mamet writes British better than Julian Fellows and he's not even British. It all rings so true I found myself being swept into the times portrayed in the film. For me, that is a rare pleasure and it is a rare film that can perform that trick.
22 people found this helpful

Alyssa A. LappenReviewed in the United States on June 13, 2021
5.0 out of 5 stars
Thoroughly engaging
Verified purchase
This is a marvelous film. The film is based on a 1946 British by Terence Rattigan, which is likewise based on a 1908 event in which George Archer-Shee, at the Royal Naval College, Osborne, was falsely accused of stealing a postal order from another cadet. The The play was inspired by an actual event, which set a legal precedent: the case of Stonyhurst College alumnus George Archer-Shee, a cadet at Osborne in 1908, who was accused of stealing a postal order from a fellow cadet. In real life, the boy's elder brother believed in his innocence and convinced their father to hire attorneys. They hired a famous contemporary, Sir Edward Carson, who also believed in the boy's innocence and won in court, extracting compensation for the family's duress.

Everything about it is wonderful, screenplay, acting, cinematography, costumes, you name it.

This is a thoroughly engaging story with a wonderful set of characters. Highly recommended.

RFSReviewed in the United States on August 15, 2020
5.0 out of 5 stars
Majestic Period Masterpiece
Verified purchase
That Right Be Done: the story of dogged pursuit thereof and the necessary accompanying sacrifice; totally got lost in the manners and mores of very early twentieth century Britain, amazing costumes and dialogue; soundtrack inspiring, casting and acting spectacular, writing and story top notch; Northam and Pidgeon knocked it out of the park, with Jones and Hawthorne supporting magnificently, and Flind and Stinton adding wonderful undertones. And young Edwards turned in a fine performance too. Nothing to complain about in this excellent film.
12 people found this helpful

C. A. CameronReviewed in the United States on October 10, 2016
5.0 out of 5 stars
Intelligent, well filmed and terrific casting
Verified purchase
Have watched three times over the years; still surprised it's a David Mamet production as very different from his usual fare. Absolutely stellar cast, with Mamet's wife, R Pidgeon, a refreshing surprise. I term this a "red wine and cheese movie" -- consume slowly and celebrate its intelligence in good company. Great for a discussion with friends or in a group post-viewing.
35 people found this helpful
See all reviews
Back to top
Get to Know Us
Make Money with Us
Amazon Payment Products
Let Us Help You
EnglishChoose a language for shopping. United StatesChoose a country/region for shopping.
© 1996-2022, Amazon.com, Inc. or its affiliates