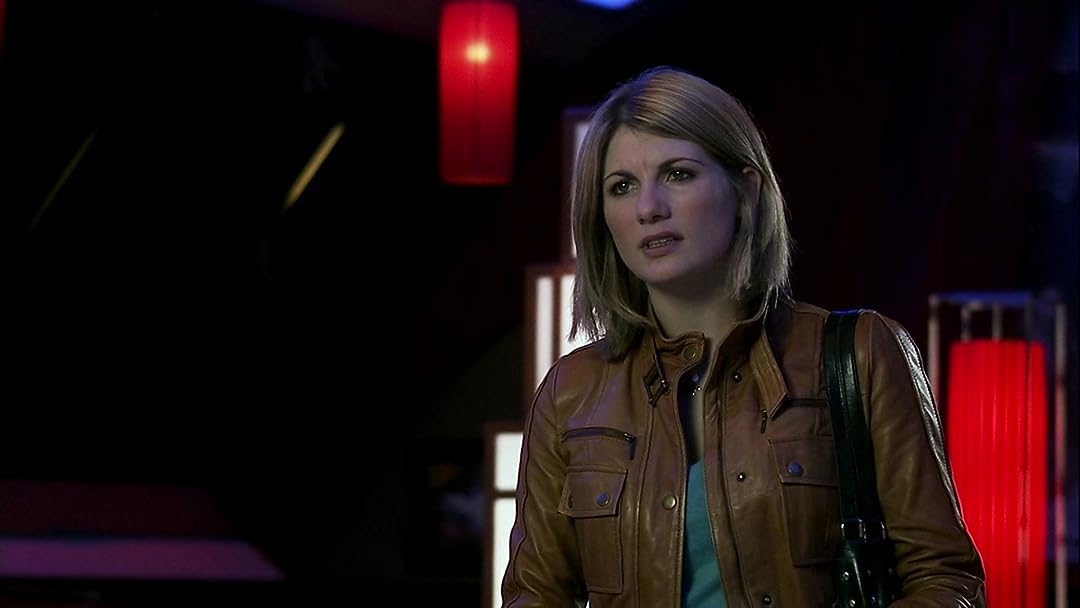 Season 1
(47)
200813+
Cash-strapped single mom Louise Evans (Jodie Whittaker) gets a high-profile promotion at her London bank, but at an unexpected cost. The tough, ambitious young woman quickly learns that the price of her position is entry into a criminal underworld she never dreamed existed. Co-starring Riz Ahmed, Laurence Fox, Charlie Brooks and Toby Stephens.

Amazon CustomerReviewed in the United States on July 4, 2011
5.0 out of 5 stars
Difficult to trust anyone
Verified purchase
"Wired" is a superbly intense and wonderfully directed British movie in three episodes with each episode running about an hour. The story is mainly set in a very "high teck" bank in modern London. A single mom that is financially strapped, Louise Evans (fabulously acted by Jodie Whittaker) is promoted; however there are "strings" attached to the promotion coming from some very unsavory criminal types that want her to get them access to a very big account in order that these criminals can divert some of the money from that account into their own accounts. In doing so she will, of course, be paid a huge amount of money. At first Louise refuses but finally relents because she is in desperate need of money for her and her daughter that she adores. As a result she becomes entangled with a group of very nasty thugs that want her to do even more for them in order for them to "run" more scams.

What I really liked about this film is that it is very difficult to totally trust any of the characters. All seem to have the potential of being a criminal including the cop that rescues Louise and wants her to work "undercover" for the police force in order that the thugs that have recruited her can be caught, I was at all times questioning the true motives of this cop.

Not only is "Wired" wonderfully directed with outstanding scripts, it is greatly acted by all. I really thought Toby Stephens (of "Cambridge Spies") was marvelous as the rescuing undercover cop and Laurence Fox (of "Inspector Lewis") was fabulous as a very nasty thug. In fact, all of the acting in "Wired" is fantastic. I was greatly entertained by this movie.

Valerie MillerReviewed in the United States on September 11, 2013
4.0 out of 5 stars
Good plot
Verified purchase
There is nothing worse than watching a crime drama or any drama, and knowing or at least guessing how it will turn out in the end. This three-part made for British television show has some unexpected twists that are refreshing and keep your interest. It's ahrd to tell who is good and who is bad, and if the hero is helping or using his connection. Toby Stephens is the reason I bought this DVD, and he does not disappoint. He is a fine actor and not well known in the U.S. Maybe when Black Sails comes out in January he will become a household name.
2 people found this helpful

marilynReviewed in the United States on April 4, 2014
5.0 out of 5 stars
gift
Verified purchase
this was a gift. he said he liked it very much.he said, he likes all british tv programs.esp. murders. if they were cheaper, we could buy more
One person found this helpful

KathleenReviewed in the United States on June 19, 2016
5.0 out of 5 stars
Toby Stephens (sigh!)
Verified purchase
What's not to like when Toby Stephens is in something. If you're a fan of his by all means get it!
One person found this helpful

EmmaReviewed in the United States on August 13, 2014
5.0 out of 5 stars
Five Stars
Verified purchase
Exciting
One person found this helpful

Agnieszka GocekReviewed in the United States on April 2, 2013
5.0 out of 5 stars
It's a great movie !!
Verified purchase
Great movie. It keeps tens till the last minute. I like especially Toby Stephens as police officer . Great actor !!!
See all reviews
Back to top
Get to Know Us
Make Money with Us
Amazon Payment Products
Let Us Help You
EnglishChoose a language for shopping. United StatesChoose a country/region for shopping.
© 1996-2022, Amazon.com, Inc. or its affiliates