$9.75
FREE Shipping
Get free shipping
Free 5-8 day shipping within the U.S. when you order $25.00 of eligible items sold or fulfilled by Amazon.
Or get 4-5 business-day shipping on this item for $5.99 . (Prices may vary for AK and HI.)
Learn more about free shipping
on orders over $25.00 shipped by Amazon.
Sold by: LittleTreasures4Life
Sold by: LittleTreasures4Life

Shipping rates and Return policy
$18.00
FREE Shipping
Get free shipping
Free 5-8 day shipping within the U.S. when you order $25.00 of eligible items sold or fulfilled by Amazon.
Or get 4-5 business-day shipping on this item for $5.99 . (Prices may vary for AK and HI.)
Learn more about free shipping
on orders over $25.00 shipped by Amazon.
Sold by: Amazon.com
Sold by: Amazon.com 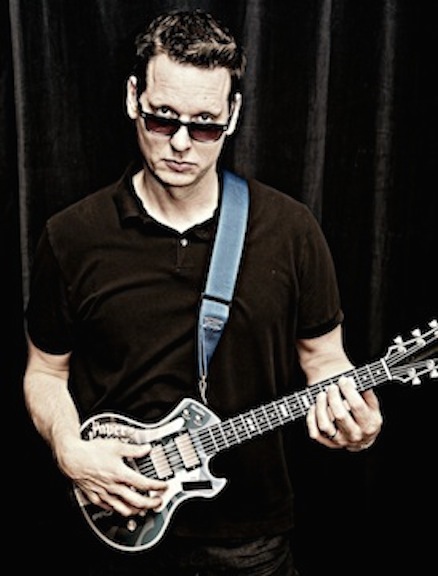 by Sean Beaudoin (Author)
4.6 out of 5 stars 20 ratings
See all formats and editions
Sorry, there was a problem loading this page. Try again.
Read more Read less
Previous page
Next page

*Starred Review* Smash your Stratocaster, pop the devil horns, and bite the head off a bat—this headbanger is so right-on with passion and detail that you’ll be smelling the garage-band funk and feeling the bass rattle your teeth. Eighteen-year-old Ritchie Sudden is stuck in juvie and tasked with journaling how he got there. In short: girls, music, and some bullshit trauma that Ritchie doesn’t even want to talk about. It starts, as always, with best bud Elliot Hella, he of the shaved head and thick muttonchops, whose go-nowhere life hinges upon winning a big-time battle of the bands. El Hella and Ritchie have the requisite crappy equipment and sloppy chops to make hardcore history—all they need is a drummer, a singer, and a badass band name. (“Sin Sistermouth” ain’t cutting it.) Beaudoin is the Fred Astaire of comic writing, translating each sentence into a manic dance routine of half-invented jargon (“chewing the profunda-cud”) on his way to blessedly noncloying coming-of-age glory. The book is hugely generous: in sex, in violence, in attitude, and especially in heart, as Ritchie gets it through his thick skull what punk really means. And the performance scenes? Dude. If you can’t grok the monster energy of these glorious idiots flailing around onstage, you’re already dead. Grades 9-12. --Daniel Kraus

* "Beaudoin is the Fred Astaire of comic writing, translating each sentence into a manic dance routine of half-invented jargon ("chewing the profunda-cud") on his way to blessedly non-cloying coming-of-age glory."―Booklist (starred review)

*"The author does a brilliant job getting into the head of a troubled teen and does not shy away from racy topics."―School Library Journal (starred review)

"Larger-than-life characters....Behind the music quest, sarcasm and pursuit of girls, however, lies a more complicated and often compelling story about family, grief and flawed coping mechanisms."―Kirkus

Sean Beaudoin is the author of Going Nowhere Faster, which was nominated as one of YALSA's "Best Books for Young Adults"; Fade to Blue, which was called "Infinite Jest for teens" by Booklist, You Killed Wesley Payne, which was a Booklist Editor's Choice; and The Infects, which was called a "wickedly unpredictable adventure" by Publishers Weekly. His short stories and articles have appeared in numerous publications. Sean's website is seanbeaudoin.com.
Read more
Start reading Wise Young Fool on your Kindle in under a minute.

4.6 out of 5 stars
4.6 out of 5
20 global ratings
How are ratings calculated?
To calculate the overall star rating and percentage breakdown by star, we don’t use a simple average. Instead, our system considers things like how recent a review is and if the reviewer bought the item on Amazon. It also analyzes reviews to verify trustworthiness.
Top reviews

Library Gal
3.0 out of 5 stars The Book that Never Ends...
Reviewed in the United States on April 11, 2014
Verified Purchase
...but when it finally does you're not quite satisfied. The character's voice carries this story. The main character is amusing and easy to relate to. His life is tragic, hilarious, and deep at the same times, and if you like a book about guys in a band, this is a great read. The snark of the main character and the situations he finds himself in are enough to keep you turning pages, but after a while you start wondering what the story is building towards because it seems to go off in millions of tangents that spawn more tangents. At one point I asked, when is this book going to end? Every time I thought it was going somewhere, it didn't. At one point it almost lost my interest. But when the end finally did come, it wasn't a real conclusion. It felt like the story had finally made a point and needed to move on from there, but by that point, I did not want to read another 100 pages. So, I finished the book with mixed feelings. While it was very funny, touching, and just darn fun in places, overall, I don't know that I'd tell a friend to read it. But still, if you're bored or just looking for something to make you laugh, pick it up. You will find more than one thing to giggle about, and many more things that will make you think. Enjoy.
Read more
Helpful
Report abuse

D.M.
5.0 out of 5 stars Complex and subtle
Reviewed in the United States on August 20, 2013
Verified Purchase
I've read and enjoyed all of Sean Beaudoin's books. I haven't been a young adult for half a century - and the fact that I've read all these novels as novels says a great deal about Beaudoin's abilities.

Before Wise Young Fool, my favorite was Going Nowhere Faster.

Wise Young Fool is my favorite sort of novel: on the surface, it seems simple, but in fact it's complex and subtle. Every time I thought Beaudoin might send the action in a predictable direction, he didn't. Every time I realized that I was getting to a place where he might have taken an easy way out, he didn't.

For example, in lesser hands the Looper character would be a stereotype - as would her relationship with both Ritchie and his mother. Check out Chapter 59, which is a little masterpiece.

There's a lot going on in this novel, and it's all good.
Read more
One person found this helpful
Helpful
Report abuse

Sloaty
5.0 out of 5 stars Not a Dropped Note to be Found
Reviewed in the United States on August 8, 2013
Verified Purchase
I've read every one of Sean Beaudoin's books and really enjoyed all four, but Wise Young Fool, his fifth novel, is truly his best. The prose is fluid, the hilarity is constant, and the characters are memorable. We all knew somebody like Ritchie Sudden, and he strides and slouches though the book with the exact attitude that teenagers wear like a coat - somehow admirable and infuriating every step of the way. As someone who teaches high school kids, I can attest that they smell a fake a mile away. This book passes the sniff test. The language can be foul but it is always real and always hilarious. Kids drink, hook up, swear up a storm, and do stupid stuff . . . because that's exactly what kids at that age do . . . well, most of them do, but why would you want to read a book about the boring ones who follow all the rules? As for the music, it is evident to any musician that Beaudoin not only knows his rock history, but he has spent some time behind a guitar as well. There are no bent notes or dropped picks or moments of pretending. Anyone who has been in a band - particularly a teenage punk band - will relish the excitement and anticipation that the author generates. Add in family drama and the squalid sorrow of our juvenile justice system and you have a book that rocks you on a number of levels. Oh, did I mention that it's fun and funny as hell too? This is an exceptionally good book - not just insightful and smart, but a great read. How often does that happen? Highly, highly recommended.
Read more
3 people found this helpful
Helpful
Report abuse

Tracy Gold
5.0 out of 5 stars funny, and at times
Reviewed in the United States on March 27, 2015
Verified Purchase
"Wise Young Fool" had an intriguing narrative structure. Readers bounced back and forth between Ritchie's experience in Juvie and the events in his life that led up to his incarceration. The interweaving narratives added tension to each narrative, making what would perhaps otherwise be a well-rendered, amusing tale of a teen trying to get the girl and build a band to win a Rock and Roll showdown into a high-stakes page-turner, where, at times, readers feared for Ritchie's life as he struggled to stay safe in jail. Ritchie's voice is colorful, funny, and at times, yes, as wise as it is foolish (which is the point).
Read more
Helpful
Report abuse

Henry E. Kyburg
5.0 out of 5 stars FIVE STARS
Reviewed in the United States on August 8, 2013
Verified Purchase
Hahahahahahaha. Could just keep going. NO WAY is there a funnier book out this year. And mainly cause it's not trying to be funny. It's just that when you right characters the way they really are instead of trying to cram them into some fantasy plot or whatever, they fall flat. Ritchie Sudden is so really I can SMELL him. Still. Nothing happens in this book. It doesn't have to. It's like cutting pictures and words right out of a year of the dudes brains and then watching it on Netflix. I give up on most YA twenty pages in. It's all just the same junk over and over again. Wise Young Fool is like the sun bursting through the clouds and baking away all the fakeness. This is, like, Moby Dick. It's the bible. If I had this when I was 16 I would have RULED HIGH SCHOOL. Maybe even the world.
Read more
3 people found this helpful
Helpful
Report abuse

Pepper
5.0 out of 5 stars Great book!
Reviewed in the United States on October 29, 2013
Verified Purchase
This is a hilarious book! Should be read by everyone - a don't miss for young audiences and older as well.
Read more
Helpful
Report abuse
See all reviews
Back to top
Get to Know Us
Make Money with Us
Amazon Payment Products
Let Us Help You
EnglishChoose a language for shopping. United StatesChoose a country/region for shopping.
© 1996-2021, Amazon.com, Inc. or its affiliates