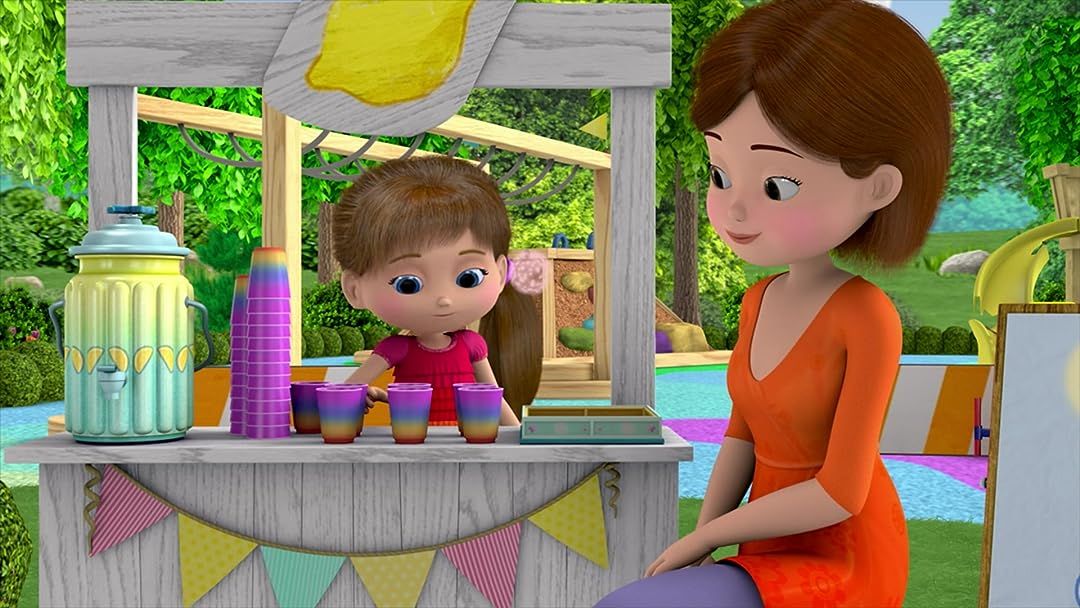 (9)
5.02018X-RayALL
Bianca is just like any other little girl, except for one teensy little thing.  Bianca has Wish Magic, so she can make wishes come true! Whether she’s at home in Wish World, at the Willow Tree with her fairy friends, or at school with her non-fairy friends, Bianca and her hilarious teddy bear sidekick Bob navigate day-to-day problems.

Bilbo FredericksReviewed in the United States on February 24, 2019
1.0 out of 5 stars
The Tobias Funke of fairies
This show is awful. Somehow, this fairy with "wish magic" seems to forget constantly that she can wish things into existence. She's also so baffling-ly bad at it, that she can't use language that isn't full of double entendre, thus creating situations where the unintended results of her own idiocy are potentially catastrophic. She never learns this lesson, nor does she seem to actually learn anything of value at all. It's Arrested Development-level baffoonery rendered utterly depressing because it's not intended to be funny.

Also, songs should rhyme, not just be inane talking over some rhythm stolen from an 8th grade music student's orchestration book. Furthermore, when it becomes singing time, she transitions from sounding somewhat like a kid to sounding like a very sad, middle aged Canadian musical failure. I was able to confirm this by running the theme song through voice spectroanalysis, stripping away the background frequencies, and rendering this to plain text so as to avoid complete pituitary shutdown that kicks in every time this show comes on. The first line of the "theme song" actually reads as follows...

You don't even want to know what Bob says, but I will say that it's definitely illegal in Canada.

VinBritSilWilReviewed in the United States on February 10, 2020
5.0 out of 5 stars
Cute fun show for little girls (and boys)!
My 6 month old loves this show! I sing the song with her at the beginning and she always has a big smile on her face. Great vivid colors, fun music, and always just a positive message with no crazy political agenda snuck in.

Not sure about the two negative reviews, I'm just glad I'm not their kid with their cynical "everything should be cinematic perfection" mindset. It's a kids show free with prime, not meant to be a James Cameron tour de force.

evelyn infingerReviewed in the United States on September 9, 2018
5.0 out of 5 stars
Attracts 3yr olds
The clolors are so inviting Good ethics themes
11 people found this helpful

annette828Reviewed in the United States on May 20, 2021
1.0 out of 5 stars
Should be removed
I can’t believe Amazon has this pedophile show on here. Not only is it terrible graphics, but there are multiple subliminal pedophile messages throughout the show. Episode 5- Bruno’s symbol, the theme song, it’s just creepy. *Amazon, please add a feature to block shows and episodes.

Ian StorrarReviewed in the United States on June 22, 2019
1.0 out of 5 stars
My kid loves this show but it's unspeakably awful. How do you block shows on Amazon?
This is the lowest level of derivative, unintelligent addictive drivel made just for kids. The best TV shows are ones parents can enjoy with their kids. This has no lessons for children and sounds like nails on a chalkboard whether during musical interludes or not. Do yourself a favor and run away, very fast, with the TV remote (or iPad) in hand if your child expresses interest. Daniel Tiger or Sesame Street, or a thousand other choices would be better than this. Even if this were the only option available, there's always playing outside or staring at each other in silence. Anything but this.
One person found this helpful

RebeccaReviewed in the United States on August 31, 2020
1.0 out of 5 stars
pedophilia symbols
Pedo-gate anyone? I was watching season 2 episode 5 with my daughter and this character Bruno shows up. Low and behold the symbol on his belly jumped out at me. Why Amazon...WHY!!!
2 people found this helpful

Jim DoweReviewed in the United States on September 13, 2018
5.0 out of 5 stars
Its great for teaching kids to get along and to stick up for one onother
I just LOVE this show my kids cant get enough of it and i find myself singing along to the songs even when its not on...lol i cant wait till the next season is here
3 people found this helpful

Amazon CustomerReviewed in the United States on July 24, 2020
2.0 out of 5 stars
Not working!!!
My 2 year old daughter keeps trying to watch this she loves it and it wont play anymore! She is losing her mind! What is going on? She is trying to watch on the kindle I got for her.
See all reviews
Back to top
Get to Know Us
Make Money with Us
Amazon Payment Products
Let Us Help You
EnglishChoose a language for shopping. United StatesChoose a country/region for shopping.
© 1996-2022, Amazon.com, Inc. or its affiliates